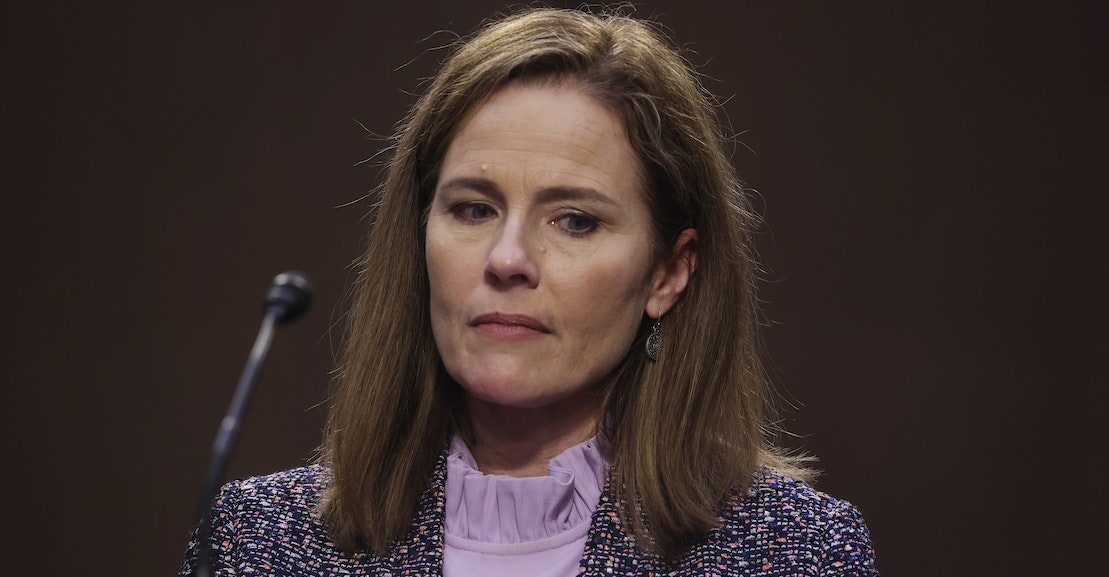 On social issues, Barrett is universally expected to push the court further right. The Roberts Court has not been as hostile to LGBT rights as feared since Kennedy’s retirement two years ago. Earlier this year, the court ruled in Bostock v. Clayton County that Title VII protects gay and transgender workers from workplace discrimination, with The three dissenting justices sharply criticized the decision for supposedly abandoning textualism; legal conservatives beyond the court expressed shock and dismay, not least because it was Scalia’s successor who had written the opinion. Earlier this month, Justices Clarence Thomas and Samuel Alito wrote that the court should consider narrowing its ruling in Obergefell v. Hodges, the landmark 2015 ruling that same-sex couples had the right to marry nationwide.

Overturning Obergefell itself would be a long shot at best, as Thomas and Alito appeared to recognize in their statement on a denied case. The Census Bureau estimated last year that there are currently about a half-million married same-sex couples in the United States. To undo Obergefell would be to effectively shred their marriage licenses, a “reliance interest” that might be impossible for a majority of the current court to overlook. But the conservatives justices could recognize religious exceptions to anti-discrimination laws that would limit protections for gay and lesbian Americans in housing, education, and the workplace. Transgender Americans’ legal rights, which remain hazily defined, may progress no further in the courts for the foreseeable future.

And then there’s the trajectory of American constitutional law itself. In dissents and concurring opinions, for example, Thomas regularly calls for major precedents to be “revisited,” suggesting that they may be erroneous or unworkable. Among the landmark decisions recently questioned by Thomas are New York Times v. Sullivan, which shields news outlets and individuals from all but the most well-justified libel lawsuits; Batson v. Kentucky, which forbids racial discrimination in jury selection; and Mapp v. Ohio, which held that the Fourth Amendment requires courts to exclude criminal evidence obtained through illegal means. He is not the only justice who raises questions about past decisions, of course, but he is by far the most prolific among them.

Barrett is not Thomas, of course. Like Scalia, she may take a more humble approach to overturning rulings that are deeply embedded in American society and life. But her conservative colleagues have hardly shied away from making sea changes of their own. In the last 15 years, the Roberts Court has blocked federal courts from ruling on partisan gerrymandering, struck down major provisions of the Voting Rights Act of 1965 and the 2002 campaign-finance reform law, ruled that the Second Amendment and part of the Eighth Amendment apply to the states, and much more. Barrett’s presence may make it easier for conservatives to reach sweeping constitutional decisions now that they can maintain a majority even if one of them breaks ranks.