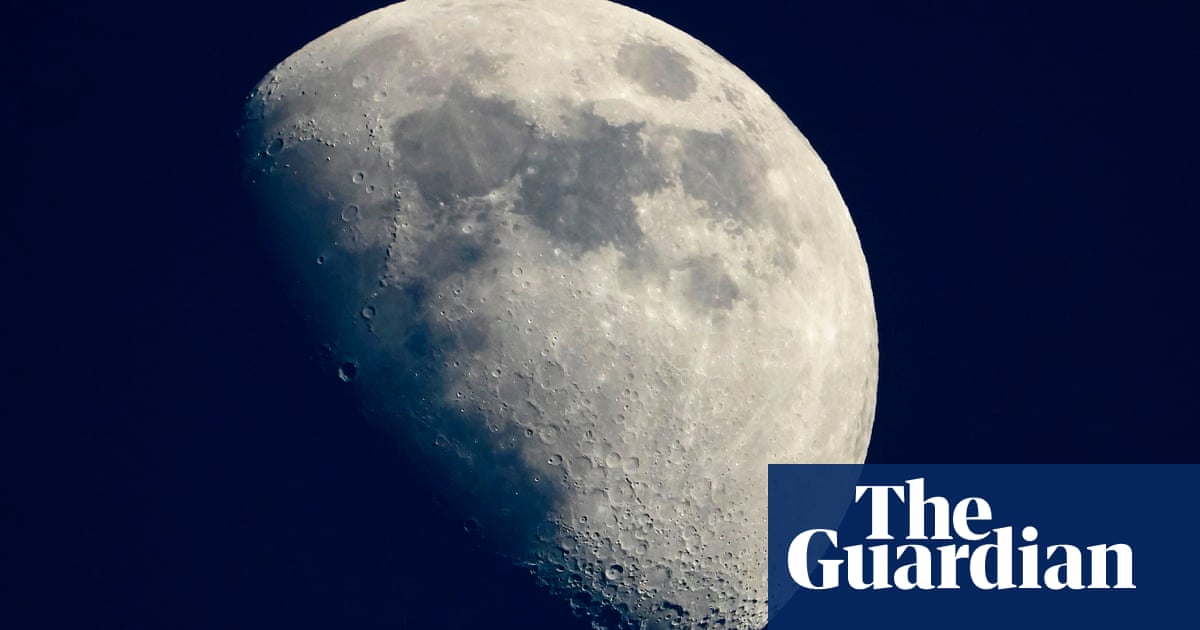 Scientists have gathered some of the most compelling evidence yet for the existence of water on the moon – and it may be relatively accessible. The discovery has implications for future missions to the moon and deeper space exploration.

With no significant atmosphere insulating it from the sun’s rays, it had been assumed that the moon’s surface was dry – until the 1990s, when orbiting spacecraft found indications of ice in large and inaccessible craters near the moon’s poles.

Then in 2009, imaging spectrometers onboard India’s Chandrayaan-1 spacecraft recorded signatures consistent with water in light reflecting off the moon’s surface. Even so, technical limitations meant it was impossible to know if this really was H2O (water) or hydroxyl molecules (consisting of one oxygen atom and one hydrogen atom) in minerals.

Now, Casey Honniball at Nasa’s ASA Goddard Space Flight Center in Maryland, US, and colleagues have detected a chemical signature that is unambiguously H2O, by measuring the wavelengths of sunlight reflecting off the moon’s surface. The data was gathered by the Stratospheric Observatory for Infrared Astronomy (Sofia), a modified Boeing 747 carrying a 2.7-metre reflecting telescope.

The water was discovered at high latitudes towards the moon’s south pole in abundances of about 100 to 400 parts per million H2O. “That is quite a lot,” said Mahesh Anand, professor of planetary science and exploration at the Open University in Milton Keynes. “It is about as much as is dissolved in the lava flowing out of the Earth’s mid-ocean ridges, which could be harvested to make liquid water under the right temperature and pressure conditions.”

The existence of water has implications for future lunar missions, because it could be treated and used for drinking; separated into hydrogen and oxygen for use as a rocket propellant; and the oxygen could be used for breathing. “Water is a very expensive commodity in space,” said Anand.

However, harvesting it from dark, steep-walled craters where the temperature rarely climbs above -230C – which is where the bulk of any frozen water was assumed to lie – would be a perilous undertaking.

“If it turns out that there is a lot of water in these non-permanently shadowed areas, then that is potentially a very large area, and it is accessible because it is in sunlight,” said Ian Crawford, professor of planetary science and astrobiology at Birkbeck, University of London.

Questions remain, however. One is the form in which the water exists. One possibility is that it is dissolved within lunar “glass”, created when meteorites hit the moon’s surface. Alternatively, tiny ice crystals could be distributed between grains of lunar soil. The latter would be far easier to extract, said Anand.

Another is how deep this newly confirmed water source extends. If it were restricted to the uppermost few microns or millimetres, then its practical significance would be minimal – although it would still beg interesting scientific questions about how it got there, Prof Crawford said.

The only real way to find out is to go to the moon, and start drilling. This may not be far off. Nasa’s Artemis mission plans to send a male and female astronaut to the moon by 2024. British scientists are also developing a robotic drill to take samples of lunar soil from depths of up to a metre, as part of a Russian mission scheduled for 2025.

But where should they dig? Permanently shadowed areas would still be the best bet, because water would be more protected from the sun’s rays there. Another paper in Nature Astronomy suggests that these areas may be more numerous and accessible than previously assumed.

Using images from the Lunar Reconnaissance Orbiter, Paul Hayne, of the University of Colorado in Boulder, and colleagues mapped the distribution of smaller craters and areas of rough ground, and calculated that approximately 40,000 km2 of the lunar surface has the capacity to trap water. Although this still only represents 0.15% of the lunar surface, their existence may also reduce the risk of conflict between moon-faring nations.

“With billions of potential water reservoirs scattered over the polar regions, the focus should be shifted away from the handful of well-known large craters and towards the multitude of potential landing sites our study reveals,” Prof Hayne said.

Earlier in October, eight countries including the UK signed the Artemis Accords, a set of international agreements drawn up by the US, governing future exploration of the moon and exploitation of its resources.

“The accords pull together the existing norms of behaviour that we’ve established, such as recognition that exploration of the moon should be for peaceful purposes, that there should be transparency in operations, and data sharing, and so on,” said Christopher Newman, professor of space law and policy at Northumbria University, in Newcastle. Other signatories are expected, but Russia is hesitant and China is prevented from signing because of ongoing trade disputes with the US.