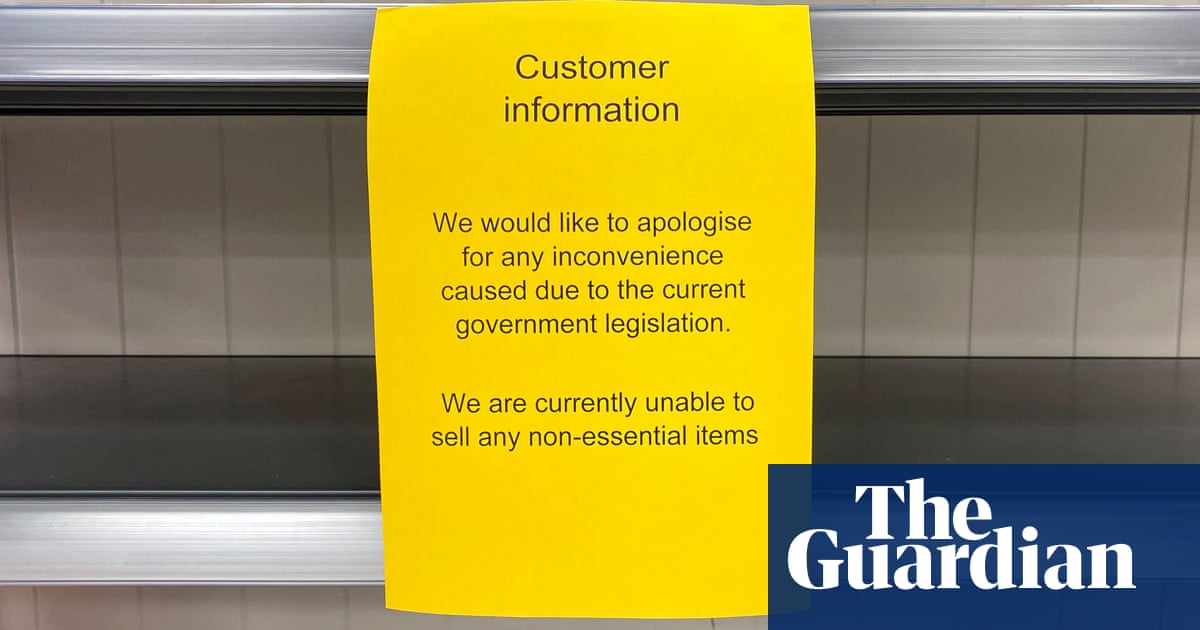 Tesco has apologised after a customer was told that period products were not being sold in its Welsh stores due to the devolved administration’s ban on selling non-essential items during the firebreak lockdown.

It comes amid continued confusion and controversy over the ban on supermarkets selling certain items. About 60,000 people have signed a petition to the Welsh parliament calling for it to be reversed immediately, and the policy is now under review.

A tweet sent from Tesco’s official account told a customer, who said they were refused sanitary pads, that it was government policy that these items were not to be sold in its stores.

Tesco has since deleted the tweet and published an apology, saying: “Of course sanitary products are essential items and are available to customers in all of our stores, including those in Wales. The reply to this customer was sent by mistake and we’re very sorry for any confusion caused.”

One store in Wales had cordoned off an area due to a break-in, leading to the initial confusion, Tesco said. It said the tweet in question was a standard response from its customer services team when responding to queries about non-essential items, and should not have been used.

The Welsh government quickly confirmed that period products did not fall under the ban, saying: “Period products are essential. Supermarkets can still sell items that can be sold in pharmacies. Only selling essential items during firebreak is to discourage spending more time than necessary in shops. It should not stop you accessing items that you need.”

Under the firebreak lockdown, which began at 6pm on Friday and will run until 9 November, non-essential retail outlets including clothes shops, furniture stores and car dealerships must close. Supermarkets have been told they must only sell essential items to discourage people from spending more time than necessary in shops and to be fair to retailers who have to shut.

Data released from Springboard, which tracks footfall data, shows that numbers entering shops fell by 66% when the firebreak came in compared with the previous week.

Andrew Goodacre, the chief executive of the British Independent Retailers Association (Bira), said the new rules benefited online retailers such as Amazon at a time when high street businesses were already struggling.

“We have just driven people now to the online experience and it will take ages, if we can, to wean them off it,” he said. “We know Amazon, Asos and other online retailers have good business models … they don’t need any help in securing their business … We have already seen a massive shift to clothing being bought online but we are now driving other product ranges there too.”

A Tesco spokesperson said: “Sanitary products are essential items and are available to customers in all of our stores in Wales. Due to a break-in, this area was closed temporarily in one store for a police investigation, but is now open again. The reply to this customer, which implied these products were non-essential, was sent by mistake and we’re very sorry for any confusion caused.”