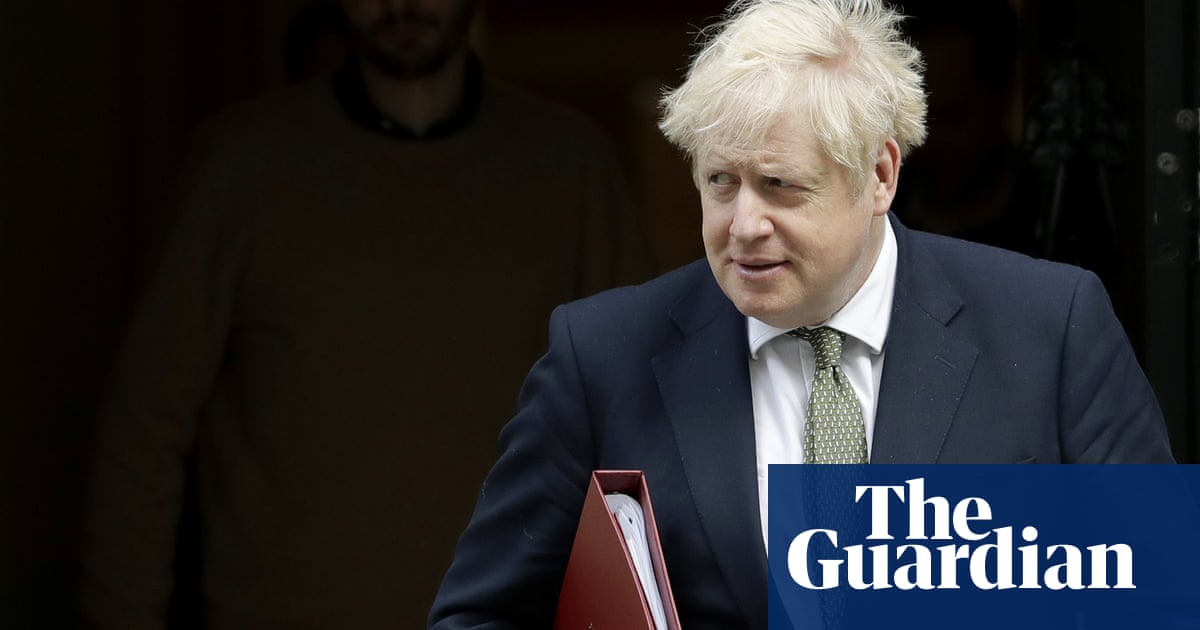 More than 50 Conservative MPs in northern England have thrown down the gauntlet to Boris Johnson, urging him to provide a “clear roadmap” out of lockdown and arguing the Covid pandemic “has exposed in sharp relief the deep structural and systemic disadvantage faced by our communities”.

In a provocative letter from the Northern Research Group, which is led by former northern powerhouse minister and Johnson ally Jake Berry, the 55 MPs express fears that the government’s “levelling up” is being abandoned. Forty-one are named, many from former “red wall” seats, and 14 are anonymous.

More regions were placed under the most severe coronavirus restrictions on Monday, meaning 8.2m people in England – one in seven – will soon be living under tier 3, forcing the closure of pubs, bars and other parts of the hospitality sector. Of these, 92% are in the north of England.

More than 2m people in West Yorkshire could join them by the weekend after local leaders met ministers on Monday to discuss further measures to combat soaring cases. A further 20,890 UK cases and 102 deaths were confirmed, with a further 1,142 hospitalised – though weekend numbers are often lower.

The letter published on Monday expresses concerns “that the cost of Covid could be paid for by the downgrading of the levelling-up agenda, and northern constituencies like ours will be left behind”.

The MPs write: “We believe this would threaten to undermine the government’s hard-won mandate in December, at a time when the political and economic case for the levelling-up agenda we have been elected to deliver, has never been more essential.”

They argue the north of England has seen a level of disruption “unparalleled” with other parts of the country. “The virus … threatens to continue to increase the disparity between the north and south still further. Northern parts of our country were among the first to be significantly adversely affected by the Covid outbreak and now many communities have been put back under severe restrictions,” they add.

The group asks the prime minister to create “a pathway down the tiering system” and to accelerate key road, rail and social infrastructure projects, and job creation. He should develop “a tailored economic recovery plan” for the north, they say.

The MPs remind Johnson of a speech he gave on 30 June in Dudley, in the West Midlands, claiming “we must use this critical moment to address the problems we have collectively failed to tackle for decades”.

All are under significant pressure from constituents furious that the government refused to extend free school meals over half term, with only one signatory (Jason McCartney, MP for Colne Valley) voting against the government on the policy last week.

Jake Berry’s Rossendale and Darwen constituency has been under local lockdown measures for months and is now under tier 3 along with the rest of Lancashire.

Berry said: “Our party’s return to government in December was won on the back of hard-working people in constituencies like ours who backed the Conservatives for the first time in a generation, and who did so on the promise that they would not be forgotten.

“We cannot forget that we must deliver on our commitments made during that election, to level-up northern communities and create opportunity across our region.”

Another signatory, William Wragg, MP for Hazel Grove in Stockport – which went into tier 3 as part of Greater Manchester last week – said: “We have long needed a good deal for the north from the government and the virus has only exacerbated that need.

“This isn’t about giving government a tough time – the prime minister shares our collective priority. But there are compelling and constructive arguments we, as a group of northern MPs, can make to government about how it delivers on its promise to level up the north.”

Tier 3 restrictions will come into force at 12.01am on Tuesday for Warrington in Cheshire and 12.01am on Thursday for Nottingham and its commuter suburbs of Rushcliffe, Gedling and Broxtowe, it was confirmed on Monday. The rest of Nottinghamshire will remain in tier 2.

The new measures mean all pubs and bars must close unless they are serving “substantial meals”. Alcohol can be served only with food. Additional closures include betting shops, adult gaming centres, casinos and soft play centres.

Infection rates in Warrington are among the highest in the country and continue to rise, with case rates at 361 people per 100,000 – double the England average of 180.6.

Though Nottingham’s younger population was initially worst hit, rates have now increased to 217 per 100,000 in over-60s, a 20% rise on the previous week, the Department of Health and Social Care (DHSC) said.

Leaders in West Yorkshire met senior government ministers and the deputy chief medical officer on Monday to discuss whether their region should also enter tier 3. In a statement afterwards, they said: “The latest data on infections and hospital admissions shows a continued rise, and we have repeated our calls to government that further local action needs to be taken, including strengthening community engagement and test and trace. There will be further discussions with government in the coming days.”