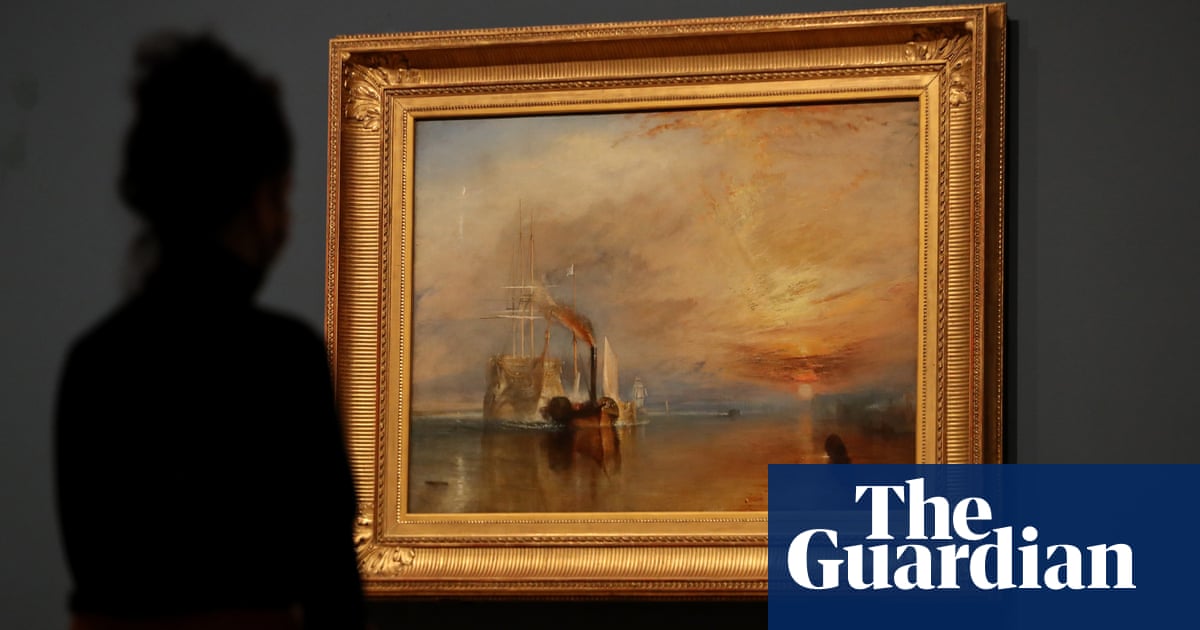 A once filthy, fungus-covered preparatory sketch by JMW Turner for one of his most glorious paintings has been restored and gone on display for the first time next to the finished work.

Turner’s The Fighting Temeraire has been lent by the National Gallery to Tate Britain for a landmark exhibition exploring what it meant to be a modern artist during his lifetime.

Tate has always had the large and roughly the same size first sketch for it, but has never been able to show it until now. It shines new light on one of the most pored over paintings in British art history, revealing Turner originally planned to set the scene closer to Southend than the docks of east London.

David Blayney Brown, the show’s co-curator, said the sketch was in a state before cleaning and conservation. “It used to be a complete wreck … filthy dirty, full of holes, covered in fungus and thought to be completely un-exhibitable, ” he added.

It has now gone on display next to a painting once voted the nation’s favourite. Turner was also extremely fond of it, calling it his “darling” and refusing to sell it.

The painting shows the gigantic, empty Temeraire, a ship famed for its part in the Battle of Trafalgar saving Nelson’s Victory from attack. It is being towed to its terrible destiny, being broken up because she is too expensive to preserve.

It was a story of transition, said Blayney Brown. The Temeraire was a symbol of the past being dragged to its end, but being dragged by a steamboat suggesting we were being led into the future.

“It is a magical picture, one which is both simple and profound which is why people have always loved it.”

The final version was set near the breaker’s yard where it was heading, in Rotherhithe, east London.

Blayney Brown said the preparatory sketch could be located around the the Nore lightship, which was in the mouth of the Thames between Sheerness and Southend.

The sketch was so different from the finished painting that many might doubt the two were linked, which was part of its fascination, said Blayney Brown.

“You get a sense of how his art evolves. Turner was a very dynamic painter, his ideas are constantly evolving and the distance between the two paintings is of course huge but the germ of it is there.”

The new show brings together more than 150 works including Genoa, one of his final paintings – possibly his final work – which has been renamed as Naples 1851 following new research. The watercolour was always thought to depict the city of Genoa but in fact it depicts Naples.

“It is always nice to say something new which, with Turner, gets more difficult because everyone has done it already,” said Blayney Brown.