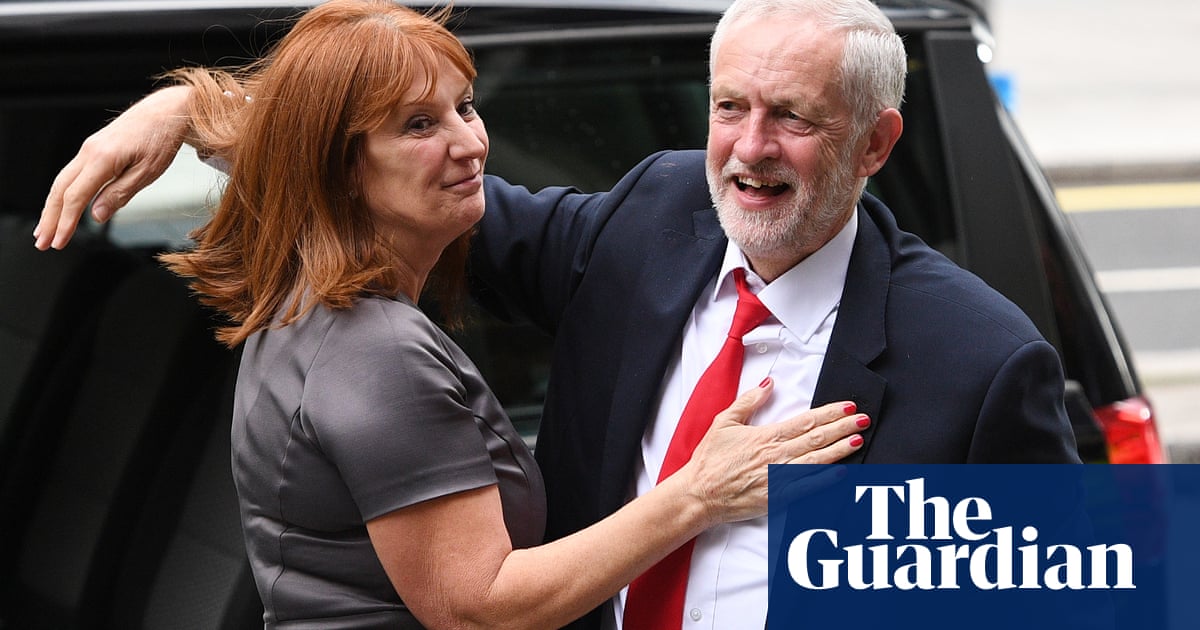 Jeremy Corbyn’s former chief of staff has said she is proud of Labour’s record on antisemitism, days before the equalities watchdog is expected to publish its report on the issue.

Karie Murphy, one of Corbyn’s fiercely protective inner circle whom several former party staffers have accused of meddling in antisemitism cases, said she had been moved to speak out “for the first time … [to] set the record straight” about the party’s handling of cases, claiming it improved during Corbyn’s tenure.

“Under Jeremy Corbyn’s leadership, antisemites were removed from the Labour party more quickly, transparently and effectively than ever before. As his former chief of staff, I’m proud of that record,” she wrote in a piece for the Guardian.

The Equality and Human Rights Commission (EHRC) is expected to publish its long-awaited report on Labour this week. It launched the review after whistleblowers alleged the party was institutionally antisemitic in its handling of complaints and within local party structures.

Any key figures who are criticised in the report, who could include Murphy, are likely to have been given some limited sight of its findings in advance.

Murphy said there had been an “extremely successful campaign to obscure the facts” about how the party handled complaints, claiming it was “primarily driven by political opposition to Jeremy Corbyn’s socialist, internationalist politics” and procedural failings.

“I’m not speaking out for the first time to dismiss the fact that antisemitism reared its head among a small minority in the Labour party. It did. It was wrong and the party as a whole was slow to deal with it effectively,” she said.

But in comments that were fiercely opposed by the Jewish Labour Movement (JLM), Murphy said a “relentless and highly politicised media campaign” was also to blame. It “hurt Jewish people and disturbed and confused many in our movement,” she said, adding: “Could more have been done earlier? Yes, of course. But what was done – including changes to the party’s rules and instituting detailed guidance on antisemitism for an expanded complaints team – unquestionably made it easier and swifter to remove antisemites from the party.”

Murphy said she was “deeply sad” that relations with the Jewish community were at such a low ebb during Corbyn’s tenure. “But it wasn’t for want of trying, let alone because of any tolerance of antisemitism.” she wrote.

Whistleblowers who worked in Labour’s governance and legal unit, several of whom went public to speak to the BBC Panorama programme, have previously said senior party staff fatally undermined their attempts to tackle antisemitism, alleging consistent interference in complaints, which Murphy denies. Several staff described experiencing breakdowns as a result of the atmosphere.

Murphy cited an audit of more than 300 antisemitism complaints received by the party from November 2016 to February 2018, which found that only 34 had been investigated. She alleged that changes brought about by Jennie Formby as general secretary – Formby has since left the role – led to a four-fold increase in expulsions per case.

Murphy said she and other staff members in the Labour leader’s office did not meddle in cases involving party members, saying she saw it as “a factional trap” when she was asked for advice – a claim strongly disputed by former staff members who have claimed they were put under inappropriate pressure in prominent cases.

Mike Katz, the chair of the JLM, said Murphy’s claims were a smear of Jewish members. “JLM referred Labour to the EHRC because our efforts to engage constructively with the party from 2015 onwards had been rebuffed constantly and our members faced continued discrimination, harassment and victimisation,” he said.

“At no point was there genuine remorse, improvements to the system or any real progress in the number of cases handled or outcomes. Their only success on antisemitism was the rigour with which they protected their political allies, downplayed the issue and gaslight those who spoke up against it. Smearing the pain of our members and the wider Jewish community as part of a ‘highly politicised media campaign’ is shameful.”