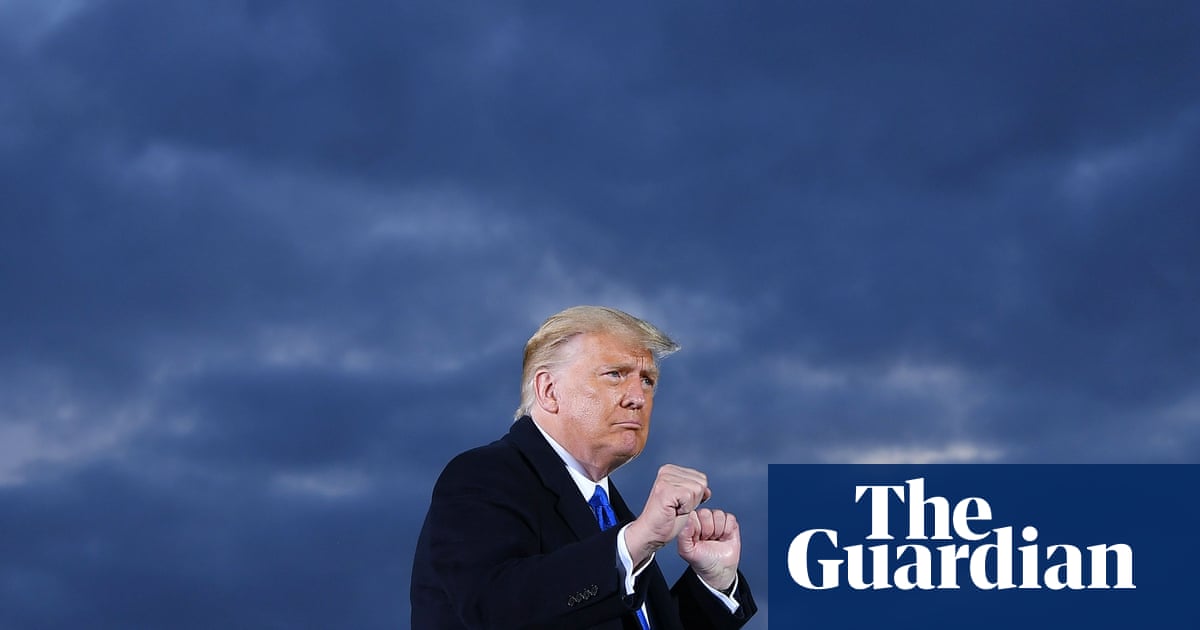 Andy Beckett presents an entirely negative picture of populism (This is a moment of truth for rightwing populists – but don’t celebrate yet, 23 October). There are many unfortunate examples in our present age of how destructive populist movements can be. However, he appears unaware of earlier and more positive episodes of populism, in particular the founding of the People’s party in 1891 in the US. This became a significant political party, gaining 8% of the popular vote when it fielded a candidate in the 1892 presidential election.

The origins of the People’s party, also known as the Populist party, lay in the exploitation of sharecroppers and tenant farmers by business monopolies and the banking elite. These agrarian workers had been plunged into debt, after taking on loans to fund investments in new farming equipment, when they were hit by droughts and falling crop prices, together with extortionate loan terms and interest rates.

The Populist party agitated for massive political reforms, which included the recognition of unions, regulation of the railway industry, the direct election of senators, progressive income tax, and women’s suffrage. These ideas were considered radical at the time, and still are!

The current problem with populism is that most of it is not genuine, but is either generated by cynical groups with a hidden interest, or is hijacked by unscrupulous politicians for ulterior purposes. However, there still are populist movements that serve a higher purpose. Be careful not to diss populism per se, as it has a distinguished pedigree. It is the pseudo-populists who need to be challenged and brought to heel.
Dr Stephen Blomfield
Sheffield

• Andy Beckett’s piece on populism was a brilliant discussion of one of the most pressing questions of our time. I only have one small quibble. He says we should remember that populists do sometimes “get re-elected”.

But that’s not the point. Populism is democracy’s ugly sister. It flourishes when the primordial democratic promise of political equality is negated by a dysfunctional political system. The answer is the maximum possible diffusion of power. It’s not an accident that federal systems are less likely to be infected by the populist virus than centralised ones. A radical overhaul of our dysfunctional political system is the only way out of the populist trap.
David Marquand
Penarth, South Glamorgan

• I disagree that the “predictable and cautious politics” of the 1990s and 2000s provoked an outburst of populism. It was because these political periods were unstable that there was a backlash. The administrations of John Major and Tony Blair produced boom and bust, two massive recessions with widespread unemployment and widening inequality.

The Blair government was still essentially Thatcherite even though it tried to fiddle around the edges to make things a bit better for the least affluent. The inevitable crunch came in 2007 precisely because banking and housing remained unreformed. Then came David Cameron, George Osborne and austerity. Populism is the muddled reaction against 40 years of Thatcherism.
David Redshaw
Gravesend, Kent

• David Runciman highlights the need for politicians with experience and judgment when faced with a crisis like the Covid-19 pandemic (Boris Johnson is learning that in politics you cannot simply ‘follow the science’, 24 October). The problem is that our pluralist democratic system is not designed to produce politicians with the wisdom and practical experience to use facts in a relevant way, but only ones that can gain resonance at the ballot box. Both Boris Johnson and Donald Trump exemplify the deficiency.
Derek Heptinstall
Westgate-on-Sea, Kent