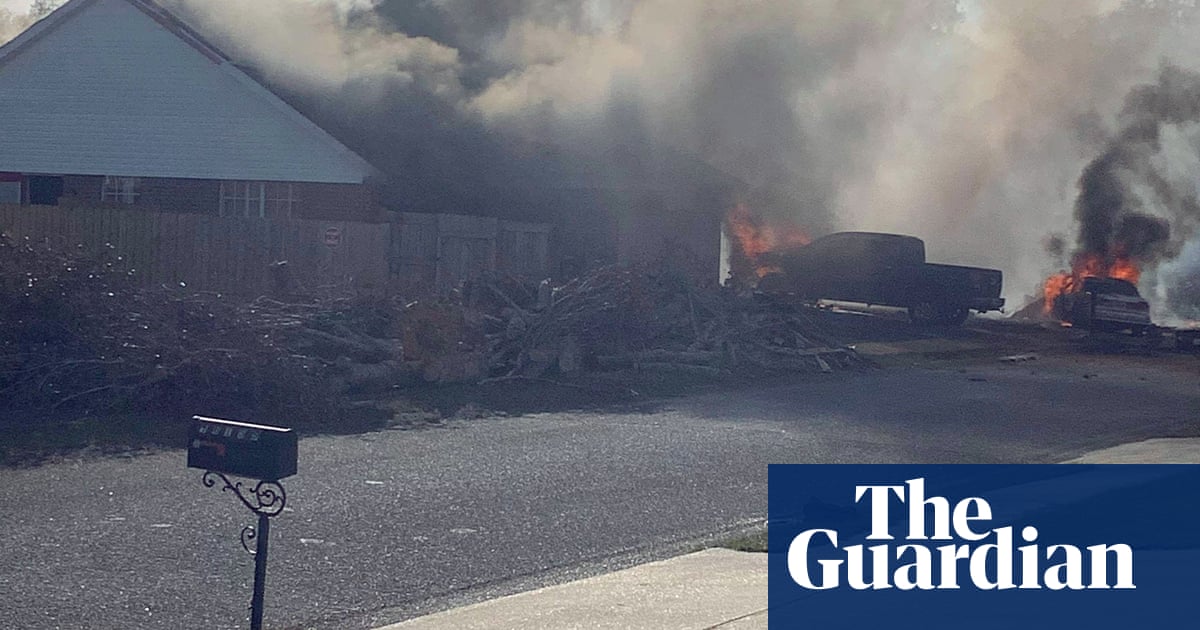 A US navy training plane that took off from Florida crashed on Friday in an Alabama residential neighbourhood near the Gulf Coast, killing both crew on board, authorities said.

Zach Harrell, a naval air forces spokesperson, said both people in the T-6B Texan II training plane died. No injuries were reported on the ground.

The Foley fire chief, Joey Darby, said responders encountered a “large volume of fire” with a home and several cars engulfed in flames. Firefighters were able to make “a quick stop on the fire”.

The crash occurred south-east of Mobile, near the city of Foley and the town of Magnolia Springs. Darby called the neighbourhood a “heavily populated” residential area. No firefighters were injured.

The US Department of Defense and the navy were set to handle the investigation, the Baldwin county sheriff’s office said.