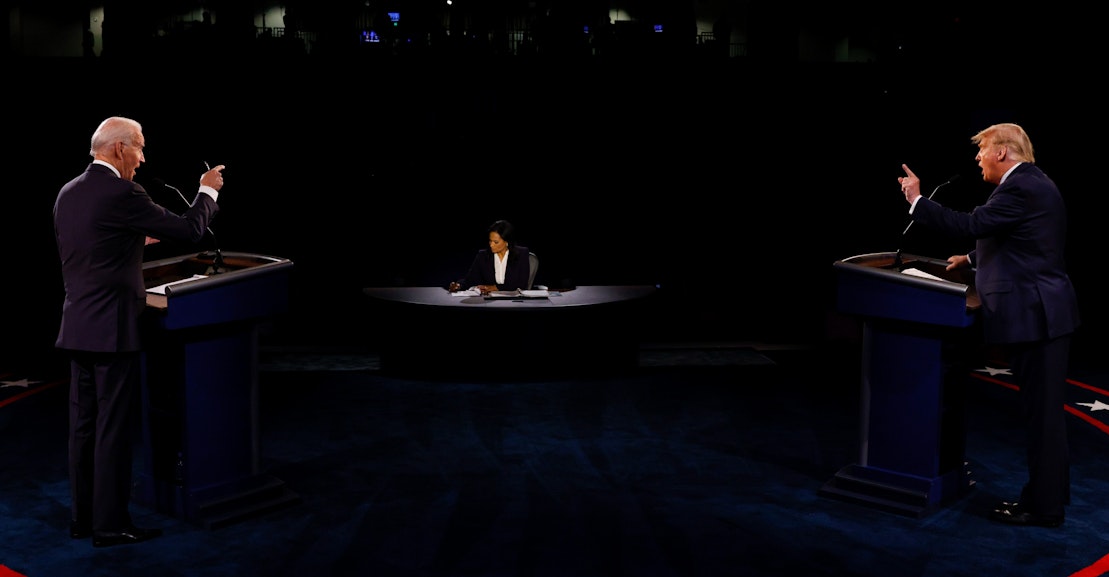 American political debates began in 1858 with Abraham Lincoln taking on Stephen Douglas over the future of slavery. And 162 year later, in what will hopefully be the final debate of Donald Trump’s career, Lincoln again took center stage.

Trump, with the fact-free audacity that has characterized his entire career, claimed, “Nobody has done more for the Black community than Donald Trump. If you look, with the exception of Abraham Lincoln, possible exception, nobody has done what I’ve done.”

That boast had everything from the use of the third person (“Donald Trump”) to the hedge for Lincoln (“possible exception”). Joe Biden, who rarely used humor Thursday night, could not resist a mocking comment: “Abraham Lincoln here is one of the most racist presidents we’ve had in modern history.”

The shorthand scoring for the debate is that Trump was on good behavior throughout much of it. His performance may not have met the standard of traditional good behavior but it was far better than his bully-boy tactics in the first debate. For all the Trump epithets about “Sleepy Joe,” Biden was, for the most part, fine. And with Biden’s double-digit lead in the many national polls, a fine performance was probably all he needed.

At this late stage, much of the remaining uncertainty about the election revolves around turnout. There is some worry in the Biden camp about a decline in voter participation among young Black men, who are rightly cynical about politics and their future in the United States. So the subtext to the debate’s discussion of race was whether anything said would increase Black male turnout.