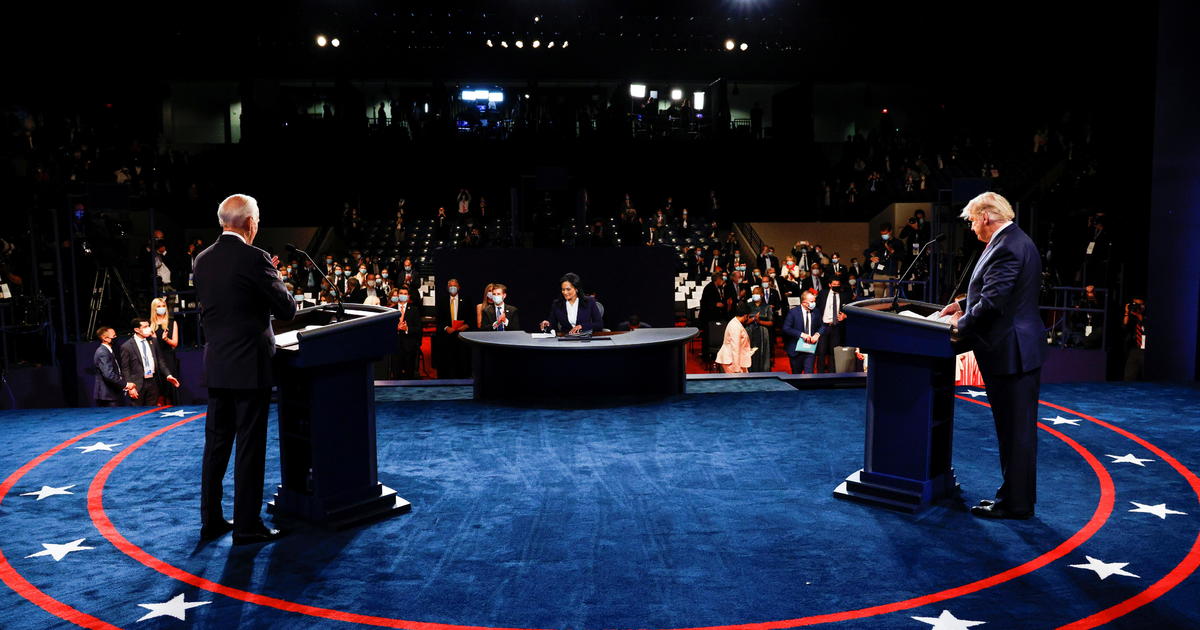 The bar was pretty low, but Thursday night’s debate managed to be more calm and policy-filled than September’s debate.

Knowing that the Commission on Presidential Debates had the ability to mute the mics during each two-minute opening statements, President Trump remained restrained first half of the debate, before reverting back to his more contentious, interrupting self during the latter half of the debate, when former Vice President Joe Biden also became more feisty. The moderator, NBC News’ Kristen Welker, delivered her questions concisely, and kept the candidates in line.

After the debate, one of the president’s advisers told White House correspondent Paula Reid said the president stuck to the plan. CBS News’ John Dickerson pointed out that’s a “low bar” to say Mr. Trump didn’t do the “disastrous” things he did last time around, when he constantly interrupted Biden in one of the most unproductive debates in modern history.

Less talking over each other allowed for at least a little bit of policy to be discussed, something that was virtually impossible the last time. The candidates discussed the coronavirus pandemic, race in America, American families, the economy and more.

Here are some new things we heard:

Thursday marked the last time Biden and Mr. Trump are expected to be in the same room this election cycle.

It’s unclear how much a more sensible debate will change public opinion, and with tens of millions of ballots already cast, it’s too late for some Americans.

Republican political consultant Frank Luntz held a focus group asked undecided voters to use one word to describe the debate. They used words including “improved, “civil,” an improvement,” “boring,” “better” and “much easier to watch.” But only one one person in the focus group said they got what they wanted out of the debate.