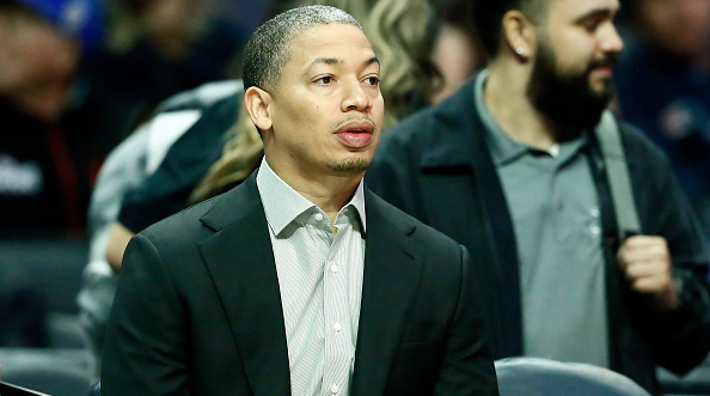 Things didn’t go as planned for the Los Angeles Clippers during the restart in Orlando. After pulling off one of the biggest free agency coups in recent memory to land both Kawhi Leonard and Paul George, they were the heavy favorites to come out of the West this season.

Instead, they once again failed to make the conference finals, despite boasting one of the deepest rosters (on paper, at least) in the league. Under Doc Rivers, the Clippers were never able to get out of the second round, making his departure earlier this month pretty much a foregone conclusion.

Rivers’ top assistant Tyronn Lue is now stepping in to fill that vacancy on a long-term contract, armed with the unmitigated support of bombastic owner Steve Ballmer. Here’s what Ballmer had to say about his new head coach during Lue’s introductory Zoom conference.

Via Andrew Greif of The Los Angeles Times:

Ballmer, of course, is famous for his unbridled enthusiasm, so he can be forgiven for exaggerating a bit in order to boost Lue’s confidence. There’s certainly no questioning his pedigree or his experience managing superstars and their egos. After taking over for David Blatt in Cleveland, Lue was able to help keep LeBron, Kyrie Irving, and Kevin Love on the same page for the Cavs’ 2016 title run.

But Lue’s experience without LeBron on his roster has certainly become a talking point. As a head coach, Lue is just 1-18 without LeBron and was dismissed after starting the 2018-2019 season 0-6 with the Cavs (albeit, few have fared well in Cleveland without LeBron in the wine and gold). Now, he faces the challenge of managing another enigmatic superstar in Kawhi Leonard, an under-performing sidekick in Paul George, and a roster that never quite coalesced last season.

Lue will get the chance to prove his mettle once again as a head coach in the NBA, even if the proclamations from his team’s owner are a little over-exaggerated.