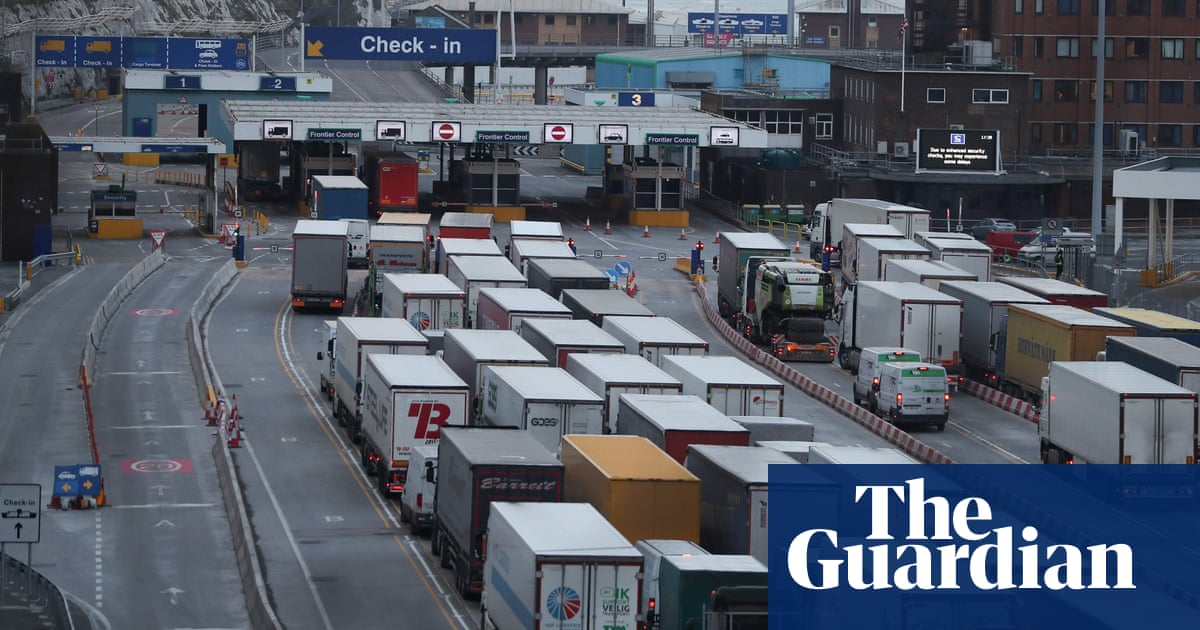 Police in the UK “will be increasingly unable to cope” in the event of a no-deal Brexit because existing data-sharing agreements with the EU will be cut, a former independent reviewer of terrorism legislation has said.

David Anderson is one of a number of senior figures increasingly concerned that failure to strike a Brexit deal could have a serious impact on Britain’s ability to fight cross-border crime, as UK-EU talks remained stalled for their fifth successive day on Tuesday.

“Without the ability to exchange data and intelligence across frontiers, law enforcement will be increasingly unable to cope,” the crossbench peer said. “Everything from extradition to notification of alerts, crime scene matches and criminal record searches will be much slower, at best.”

Anderson’s warning comes a day after the former prime minister Theresa May openly mocked the Cabinet Office minister, Michael Gove, in the Commons after he claimed border security could be better in the event of a no-deal Brexit.

The growing standoff in negotiations between London and Brussels has raised the prospect that no agreement will be reached on security and law enforcement cooperation because it is bound up with the overall deal.

Why worry about no-deal Brexit? If Gove says it’ll be better that’s good enough for me | Marina Hyde

Currently police in the UK can obtain fingerprints and DNA information from their EU counterparts in 15 minutes using the Prüm system. Prior to its introduction, the Met police said “it used to take four months” to receive the same information.

Border officials at Dover and elsewhere have real-time access to systems that allow officials to immediately arrest someone wanted in an EU country. Experts have said it is not clear what would replace this.

Peter Ricketts, a former national security adviser, told the Guardian: “Police would be trying to solve crime in a fast-moving world with one hand tied behind their backs.” Falling back on pre-EU agreements was not viable in a world where population movements had rapidly increased, the crossbench peer said.

British police checks via the European Criminal Records Information System are instantaneous. Similar checks via alternative systems would take, on average, 66 days, according to evidence given by the Met to a Lords committee earlier this year.

Anderson called on both the UK and the EU “to mitigate the damage as far as possible, and that means putting operational concerns ahead of ideology”. He said he hoped that at some point “mutual self-interest” would kick in and a security agreement would at least be reached.

Labour also called on both sides to strike a security deal, arguing that cooperation with the EU was needed to combat terrorism, human trafficking and the drugs trade. “The government’s negotiations must provide certainty to UK policing and the security services,” said Conor McGinn, the shadow security minister.

Barnier hinted at the frustration in Brussels over the continued suspension of talks. “My message: we should be making the most out of the little time left,” the EU’s chief negotiator tweeted. “Our door remains open.”

Clément Beaune, France’s European affairs minister, told the country’s National Assembly that there would be “no new approach” from the EU. He said: “It is up to them to tell us now, beyond tactics, if they want to continue negotiating. We are ready for it.”

Boris Johnson has insisted since Friday, when the government declared the talks in effect to be over, that the EU must show willingness to move on its negotiating positions before he would be willing to re-engage with Brussels negotiators.

Downing Street said Tuesday’s call with Barnier had still not met the government’s threshold of there being a “fundamental change” in the EU’s approach to talks. A spokesman said: “Lord Frost and Michel Barnier had a constructive discussion. The situation remained as yesterday, and they will remain in contact.”

Senior EU diplomats in Brussels remain confident, however, that the impasse will be broken within days, given the EU’s evident willingness to meet Downing Street’s calls for a more flexible approach. EU leaders held a two-hour debate last Friday at the end of a summit, during which leeway was found within the bloc’s red lines.

The House of Lords also voted by 395 to 169 to express its disapproval of the controversial internal market bill permitting the government to breach international law by overwriting parts of the Brexit withdrawal agreement.

The rebel majority was 226 and a total of 39 Conservatives voted against the government.

Further votes are scheduled in the coming weeks as the Lords consider the legislation in detail but it highlights the slim hope Downing Street has of getting the bill through parliament with the contentious clauses intact.