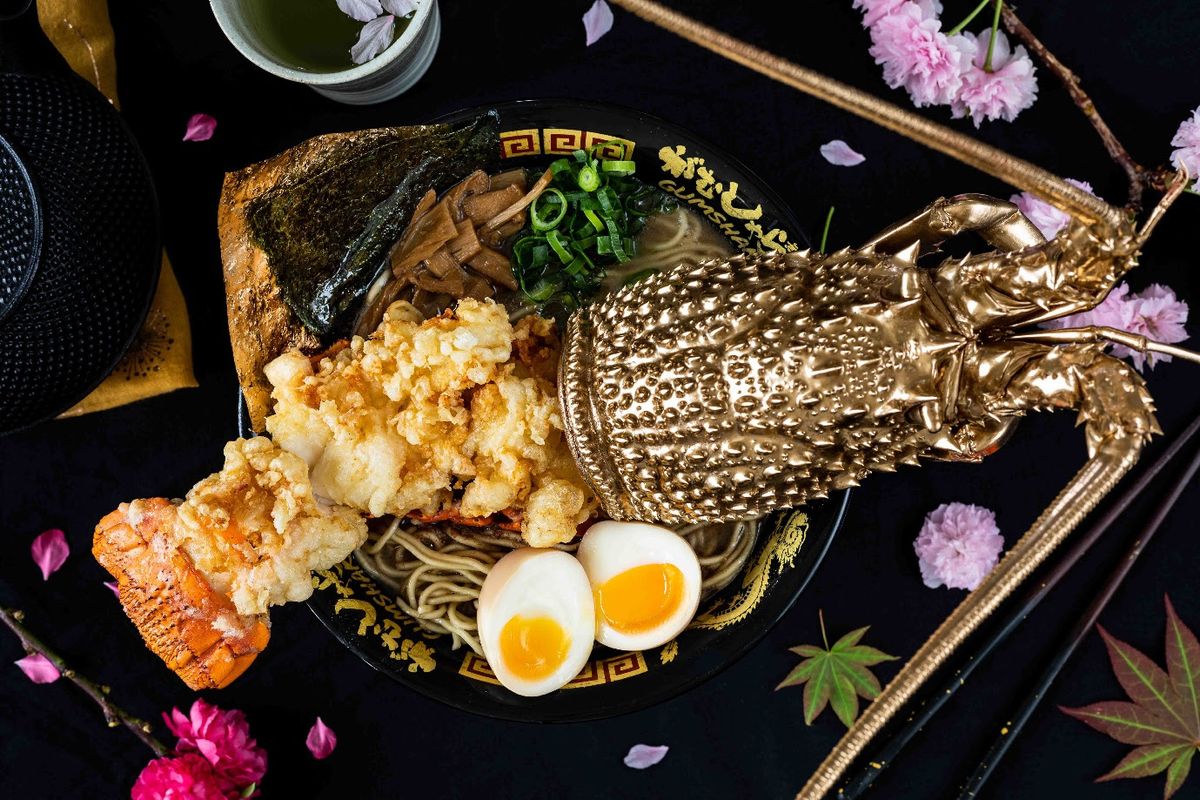 In the Yakuza series, a Kamurucho ramen will usually cost anywhere between 500 and 950 yen, which translates to between AU$6 and AU$12. That’s a reasonable price for ramen, I reckon: in Sydney, I normally spend around AU$15.

I’d never spend AU$400 (~$282.50) for a ramen, because that would be idiotic. But idiocy is allowed, nay encouraged, when it comes to marketing stunts, even more so when the stunt is marketing Yakuza: Like a Dragon. Hence the ‘Rags to Riches’ ramen: an AU$400 ramen with a very exquisite broth (so I’m told).

That broth is derived from 5kg of “high-end” lobster heads and 10kg of “quality” pork bone. It has a full lobster in it, naturally, and it’s shaped a bit like a dragon’s head. The usual egg, shoots and onion are in there, as is golden nori, which is edible seaweed.

The ramen is the work of Mori Higashida, head chef at Sydney ramen place Gumshara, where you’d normally be hard pressed to spend more an AU$20 for a bowl of soup. Unfortunately, if you’re tempted to march in and order this luxuriant soup, I’m afraid you can’t: you have to win it.

Worse still, it’s part of an Xbox promotion, so you’ll need to keep on eye on the Xbox Australia Twitter account to see how you can win it. If you win, you get the ramen and a copy of Yakuza: Like a Dragon on Xbox, which I guess you can give away. Or sell for $400. It’s up to you. The competition is open from between midday today and the game’s launch on November 12.

These shenanigans are designed to capture the spirit of Yakuza: Like a Dragon itself, which seems to be upping the ante when it comes to amusing touches. Andy played a pre-release build last week and came away impressed.