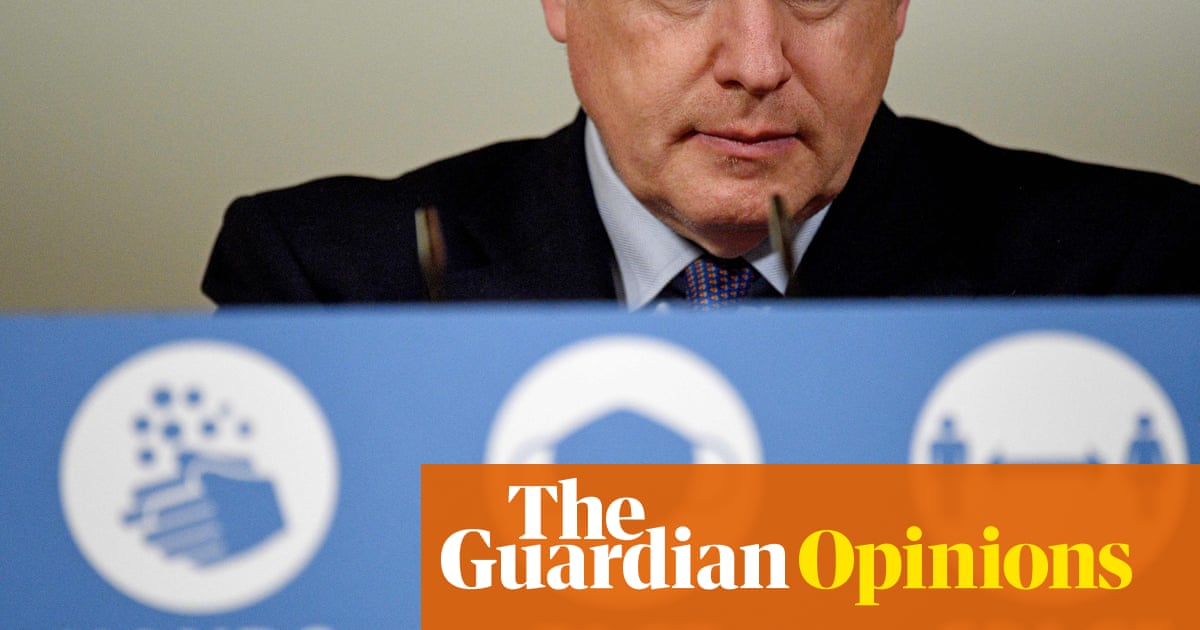 A month ago, the prime minister urged the nation to show “the spirit of togetherness” to defeat Covid-19, while rejecting the Scientific Advisory Group for Emergencies’ recommendation of a two-week countrywide lockdown. Since then, his government has continued its divide-and-rule approach. It has not only tightened regional restrictions, but pitched compliant areas (such as Liverpool) against less cooperative ones (Greater Manchester). Despite the cross-party opposition there to a further tightening, it singles out the mayor, Andy Burnham, for blame.

Now it is bullying its way out of the stand-off. On Tuesday, in the manner of a mafia don, Boris Johnson lamented the rejection of a “generous offer” and insisted that “We don’t want to do this in the way that we’ve had to,” as he imposed tier 3 restrictions on Greater Manchester – while the region’s politicians were initially told that proffered support would be taken away. At his press conference, Mr Johnson dodged the question of whether the £60m previously offered had been snatched away. Matt Hancock, the health secretary, said it was still on the table, subject to discussion.

But this is a moment that the people of Greater Manchester, and others in the north, will neither forgive nor forget. Public Health England says deaths are rising sharply; the 241 reported on Tuesday were the highest daily toll since June. What Tory as well as Labour politicians are balking at is not a decisive intervention to turn the tide, but a strategy that damages jobs and businesses without either sufficient benefit or government support. Greater Manchester, which has already endured months of extra measures, said £65m was the very least needed to protect the poorest. The government, which has spent £210bn on its pandemic response, refused the last £5m.

It has tried to pursue a regional approach to Covid-19 without either listening to regional leaders and experts or providing the cash needed. Its divisive and miserly approach is hitting areas already immiserated under Tory leadership: the punishing effects of austerity were felt most harshly in poorer, largely Labour-held areas of England, while wealthier, largely Conservative areas were better protected from cuts. Among the worst-hit local authorities were Knowsley (in the Liverpool city region) and Manchester.

But ministers surely withheld the £5m this time because they fear a more generous deal when they know the virus will continue to spread. Mr Hancock has said talks on tier 3 status are planned with other parts of the north, north-east and Midlands; Sheffield is high on the list. Coronavirus will creep into other areas, just as it is creeping from younger to older people. This is why the prime minister cannot rule out a national lockdown, and also why it is likely to arrive by stealth.

In contrast, Wales begins its two-week circuit breaker lockdown on Friday. Northern Ireland has introduced an extended school break and strict measures including the closure of pubs and restaurants for all but takeaways and deliveries. Across the border, Ireland is imposing a six-week lockdown akin to the spring’s, including a 5km travel limit and the closure of non-essential shops, although schools will remain open.

Goodwill and a sense of responsibility remain, despite everything. Two-thirds of those surveyed say they would support a short lockdown in England. Mr Burnham rightly warned on Tuesday that: “We need to carry people with us, not crush their spirit.” But a government that boasted of levelling up is showing contempt for those it is supposed to protect.