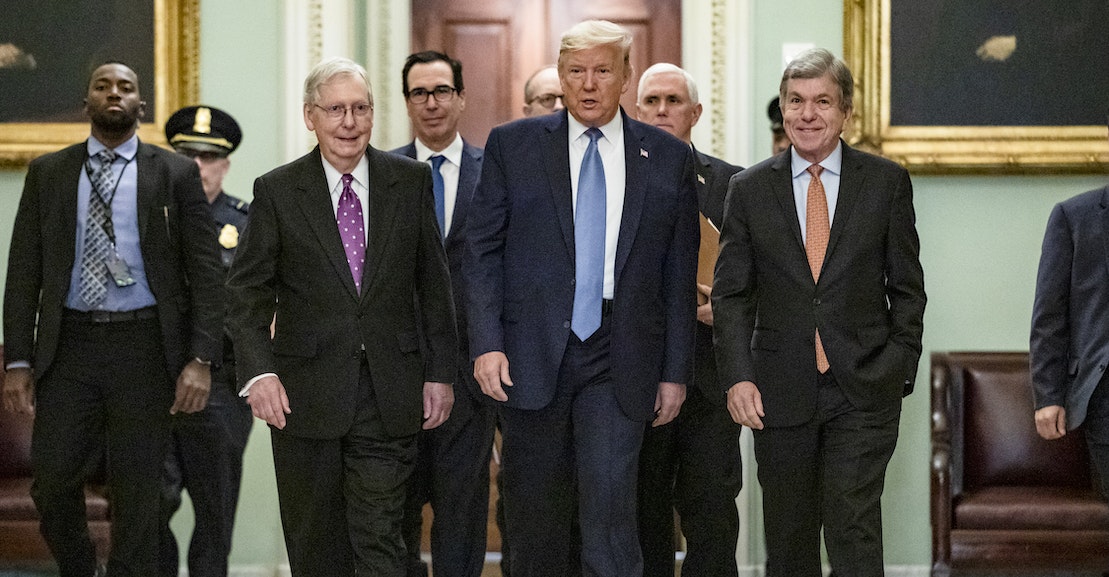 Over the weekend, House Speaker Nancy Pelosi gave the White House a deadline of 48 hours to complete negotiations on a new pandemic relief package to be passed before the election, which is now two weeks away. This was the latest volley in the ongoing Congressional wars over a much-needed stimulus bill, and Monday’s headlines buzzed with the appropriate alarms. But for all the rhetoric of this-time-we-mean-it, it was easy enough to forget that Pelosi had previously announced (then eventually jettisoned) a similar deadline just last month. Even on Monday, her office had taken advantage of the ambiguity of when her countdown clock had started ticking on “48 hours” to nudge the negotiations deadline to the end of Tuesday, rather than Monday.

House Democrats, who passed their own $3 trillion stimulus package back in May, are clearly in a difficult position. Mitch McConnell and Senate Republicans have repeatedly stonewalled that legislation in favor of a pared-down $500 billion “skinny stimulus,” which, among other miserable planks, would grant blanket protection to employers from liability lawsuits over Covid safety measures (or lack thereof). Republicans are essentially entirely to blame for the stalling of a second round of aid, but the entire spectacle performed by both camps—the showy proceduralism, the vague and arbitrary deadlines, the closed-door meetings between Pelosi and Steve Mnuchin—while people’s livelihoods are hanging on the line represents the worst of a political system run by the well-off and admired by few others. And while the media has given the interminable fracas the lion’s share of their attention, if anyone thinks the constant political battling that’s preventing a relief package from being enacted is winning fans and influencing people, they are sorely mistaken.

As political scientists Yanna Krupnikov and John Barry Ryan recently argued in The New York Times, it’s a very small segment of the American public that cares about the constant warring between Democrats and Republicans. A staggering 80 to 85 percent of people, they found in their research, followed politics only casually or not at all. “For partisans, politics is a morality play, a struggle of good versus evil,” they wrote. “But most Americans just see two angry groups of people bickering over issues that may not always seem pressing or important.”

In the case of the stimulus wars, the inter-party psychodrama, which has dragged on for months, has left the public hanging out to dry. It’s been seven months since Congress passed the Cares Act, the first relief bill that established protections such as supplemental unemployment benefits, eviction protections, and stimulus checks. Though several national polls have shown that a significant majority of the public, regardless of their political affiliation, wants a new relief package, Congress and the White House have enacted a drawn-out media battle for over a half a year during a national crisis with nothing to show for it. (Trump, who seems to have realized at some point during his coronavirus convalescence how wildly popular government aid is, went from disavowing new negotiations to promising an even bigger bill than the Democrats had proposed in the span of just a few days, but probably won’t have the power to wring many concessions from his own party.)

Meanwhile, millions of these politicians’ constituents are struggling to stay afloat. “I feel like we’re going to get an answer today,” one Reddit user on a forum dedicated to monitoring stimulus check updates wrote on Monday. “Then again I’ve felt like that every day since September 8th.” By Monday night, Pelosi and Mnuchin had had their meeting, but had only “narrowed their differences” and would reconvene on Tuesday. As Christine Gaydos, a Delaware-based stagehand who was laid off in March and is waiting on edge for a new stimulus check, told Marketwatch, “It seems like people like us are getting forgotten about right now.”