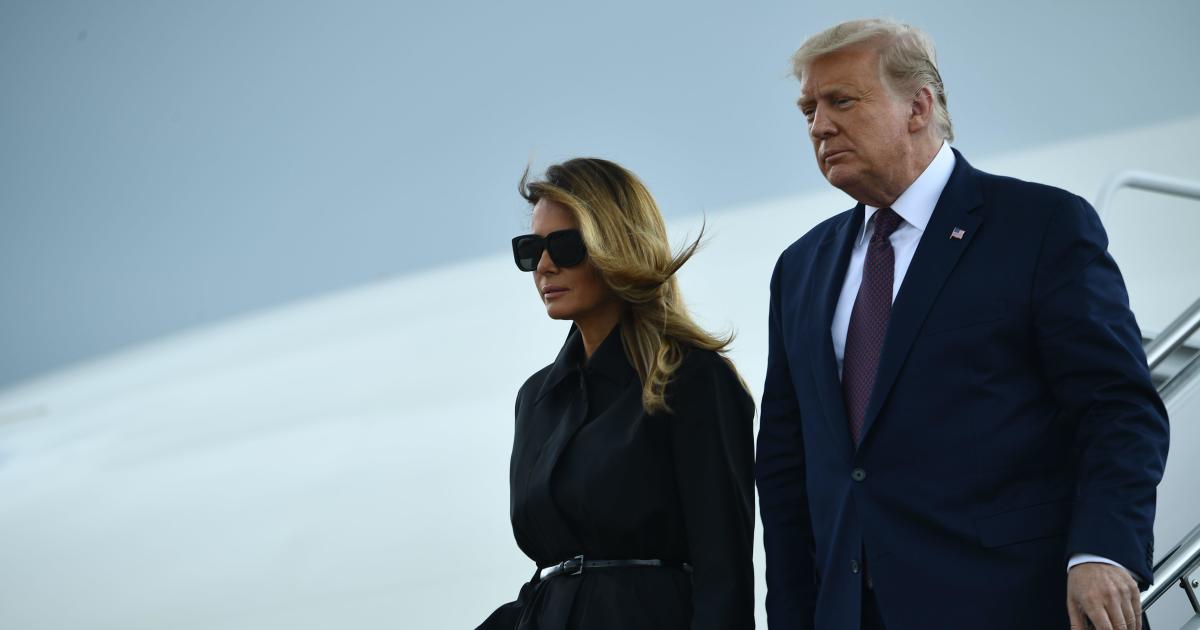 First Lady Melania Trump was scheduled to travel with President Trump to a campaign rally in Erie, Pennsylvania, Tuesday but is now staying home due to a lingering cough from her bout with COVID-19.

Her chief of staff, Stephanie Grisham, said the first lady continues to improve. Mrs. Trump has tested negative for the virus after contracting it along with the president and their son, Barron.

“Mrs. Trump continues to feel better every day following her recovery from COVID-19, but with a lingering cough, and out of an abundance of caution, she will not be traveling today,” Grisham said.

The first lady wrote a brief essay last week discussing her family’s experience with the virus and announcing that Barron, too, had contracted COVID-19 but suffered no symptoms.

The president announced he and the first lady tested positive for COVID-19 at the beginning of the month, and Mr. Trump has since adopted a full campaign schedule, holding as many as three rallies a day.

Melania Trump has largely stayed out of the limelight during the president’s reelection bid, although the president’s adult children, Donald Trump Jr. and Eric Trump, have played a very active role in his campaign.

Mr. Trump is spending a lot of time in the battleground state of Pennsylvania, which he won in 2016. Polling shows the race is tight in the Keystone State, where Democratic presidential nominee Joe Biden grew up.