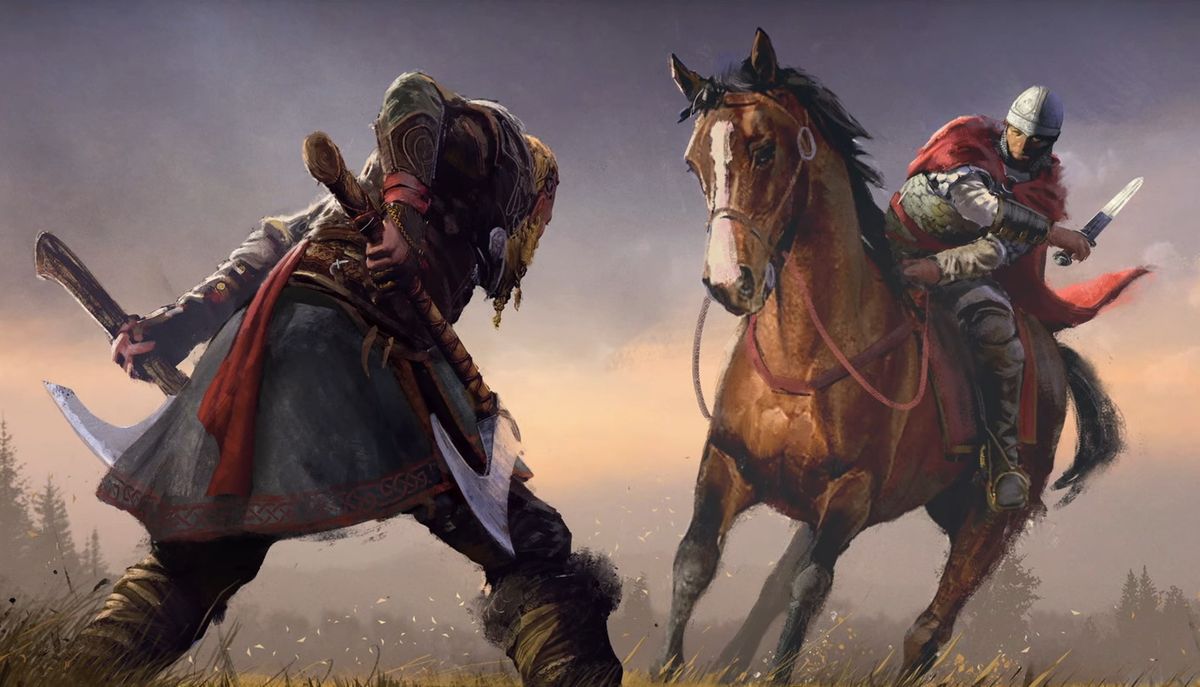 The first expansion, Wrath of the Druids, will carry players off to Ireland, where they’ll unravel the mysteries behind an ancient Druidic cult. Naturally, that means fighting your way through haunted forests and getting some face time with Gaelic kings, and plenty of new lore to dig through. It’s expected to be out in spring 2021.

The Siege of Paris, will follow in the summer, and will tell the saga of the Viking siege of Paris, which Ubisoft described as “the most ambitious battle in Viking history.” All I know about it is what I learned from a few minutes in front of the History Channel show, but the crack PC Gamer research team dug in and discovered that the Vikings got clobbered on their first go but managed to sack Paris on the second try, and refused to go away until Charles the Bald (not to be confused with Charles the Bold) forked over a mountain of gold and silver. Also, Charles the Bald’s name was apparently ironic, as reports from the time indicate that he was actually extremely hairy.

Both expansions will be available in a season pass that will also include an exclusive quest, The Legend of Beowulf, in which players will uncover the truth behind—you guessed it—the legend of Beowulf. The Discovery Tour, the educationally-focused mode that lets players roam and explore the game world without having to worry about killing or being killed, will also return for Assassin’s Creed Valhalla.

The first season of Assassin’s Creed Valhalla is slated to go live in December, and will include the following:

The second season, scheduled for March 2021, will add another new mode, a new Jomsviking update, settlement festivals, and new gear and cosmetics. Beyond that, Ubisoft said that “there will be more to come as the Assassin’s Creed Valhalla development team is committed to support the game and continued improvement of the core experience with additional content, yet to be revealed.”