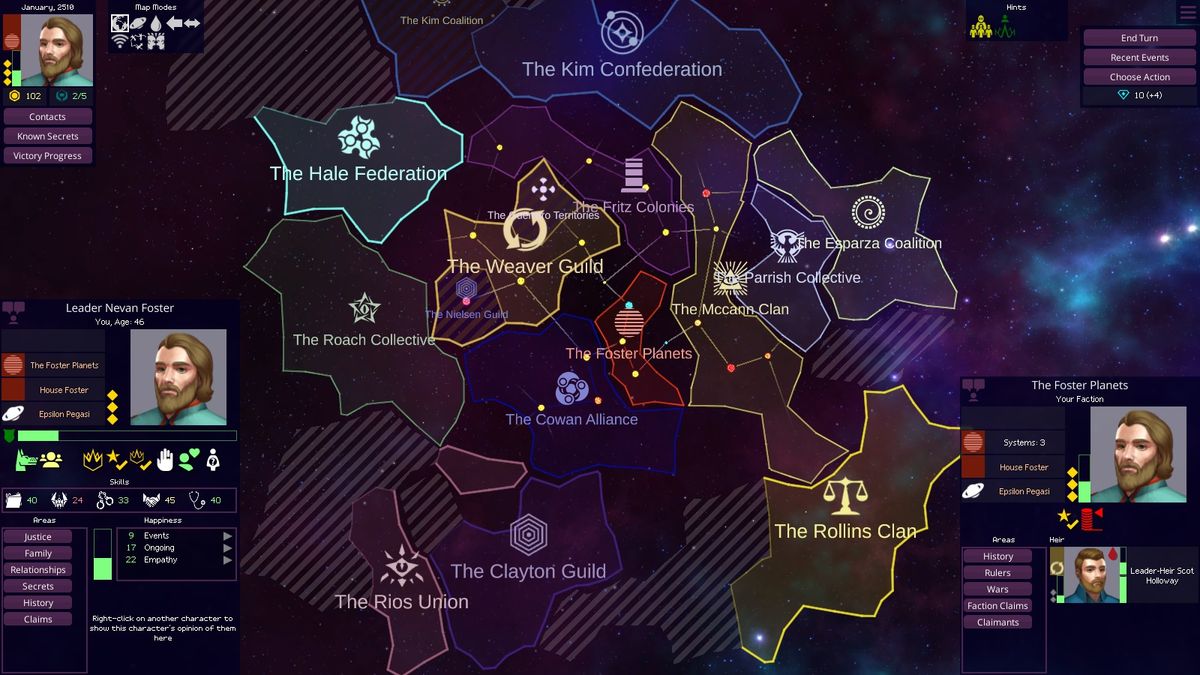 Star Dynasties is an empire-management grand strategy game where players take on the role of a family of space nobility shepherding humanity through a new dark age. We first saw it back in August at  Gamescom, when I said that it seemed a lot like Crusader Kings in space. You can now get a taste of it, as it has a demo available on Steam for this week’s digital Indiecade event from October 16th to 24th. Star Dynasties is made by developer Pawley Games and published by Iceberg Interactive.

The demo lets you play the first 20 turns of a Star Dynasties game. It’s a complex grand strategy game, and unfinished, but the tutorials walk you through the types of actions you can take by slowly opening up options.. You play as Bern Welch, a widely-disliked yet powerful ruler within the larger league of the Harper Kingdom. Playing it, I was impressed by the game’s Contact system—you better understand the behavior of characters you’ve already met or that have frequent communication with you or people you know.

Per the developers, “being a demo, it’s not in a finished state, so all standard disclaimers apply.” The devs also intend to release a pre-recorded playthrough of the game on October 21st, which will be posted on Steam, and a public playtest some time later this year.

You can learn more about Star Dynasties on its official website, and it has a page on Steam to grab the demo. Star Dynasties is set to release some time in 2021.