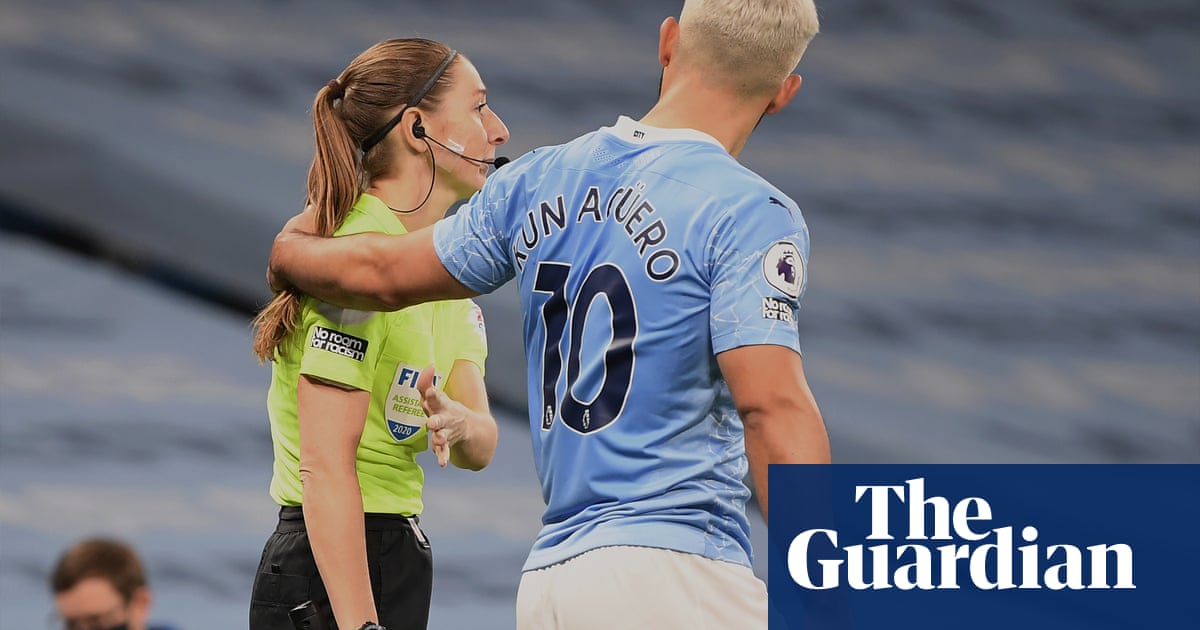 Sergio Agüero will not face any retrospective action for placing a hand on the left shoulder of assistant referee Sian Massey-Ellis during Manchester City’s win over Arsenal as it is not deemed by the PGMOL, the governing body for officials, to have been an aggressive or threatening action.

The incident occurred in the 42nd minute of the first half at the Etihad Stadium on Saturday, with Agüero apparently unhappy at Massey-Ellis for not awarding City a throw-in, instead doing so for Arsenal.

In reaction to this the 32-year-old grabbed Massey-Ellis at the top of the shoulder, close to her neck before moving away. The official shrugged off Agüero’s move in its immediate aftermath and Chris Kavanagh did not penalise the centre-forward at the time. If the referee had deemed this an offence Agüero could have received a yellow or red card.

The rules state that touching an official is not an offence unless done in an aggressive or threatening manner. It is understood that the PGMOL do not view Agüero’s action as falling into either of these categories.

The striker, who was making a first appearance in four months following injury, drew criticism for his act on social and traditional media. Gary Lineker discussed it on the BBC’s Match of the Day programme with Alan Shearer and Ian Wright. “He shouldn’t put his hand on the assistant referee,” said Shearer, an ex-England and Newcastle captain. “It just wasn’t a good look, Gary, was it? He shouldn’t do it.”

Wright, a former Arsenal striker, said: “What was that?! Unnecessary, unnecessarily patronising. It felt really awkward – that did to me.”

Agüero’s manager, Pep Guardiola, was asked about the incident following the 1-0 win that was secured thanks to Raheem Sterling’s first-half goal. “Hey come on guys. Come on guys,” he said. “Sergio is the nicest person I ever met in my life. We can look at the problems in other situations but not in this one. Come on.”