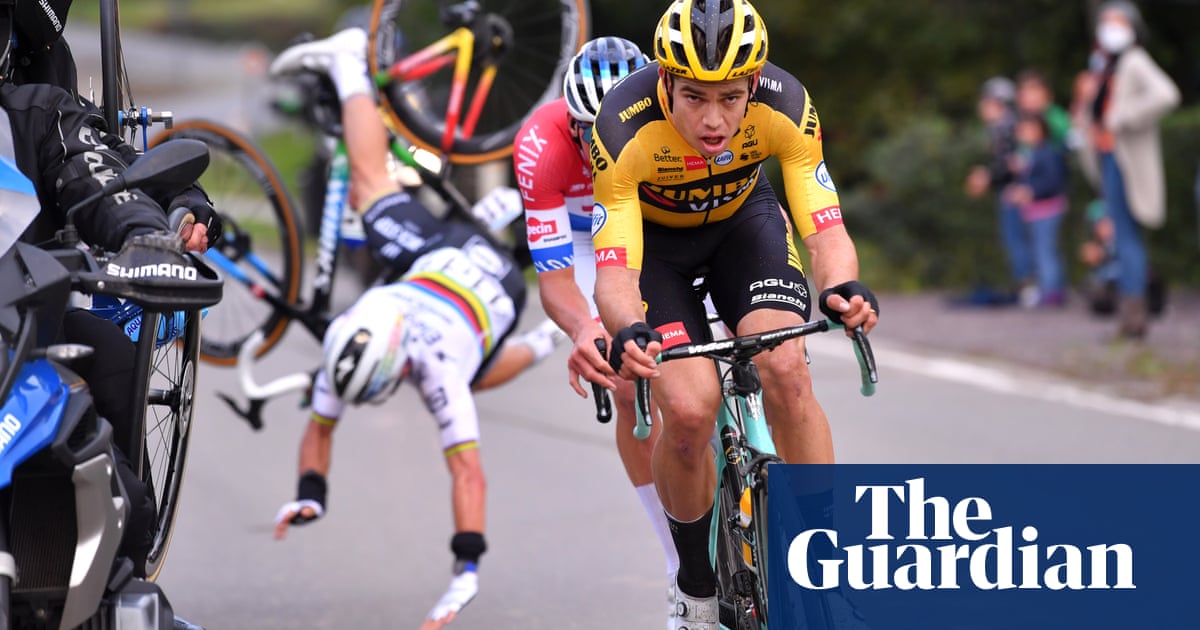 Julian Alaphilippe is out of the Tour of Flanders after a horrific crash with a motorcycle, with the French superstar flipping off his bike and landing heavily on the road.

The UCI world champion was in a breakaway group with around 30km remaining when Wout van Aert (Jumbo-Visma) moved out of the slipstream of the race motorcycle, which was slowing on the right side of the road.

Tucked in behind Van Aert, Mathieu van der Poel (Alpecin-Fenix) was able to react in time to avoid the escort but Alaphilippe collided with the back of the motorcycle before flipping over the handlebars and landing awkwardly on his shoulder. Alaphilippe’s bicycle bounded off the road.

The Deceuninck–Quick-Step rider was clearly in a lot of pain after the impact, screaming and writhing about on the road. A race motorcycle made sure that the chasing pack avoided any more collisions before medical professionals treated Alaphilippe. It is not clear of the extent of his injuries, but it is possible that the 28-year-old’s season could be over.