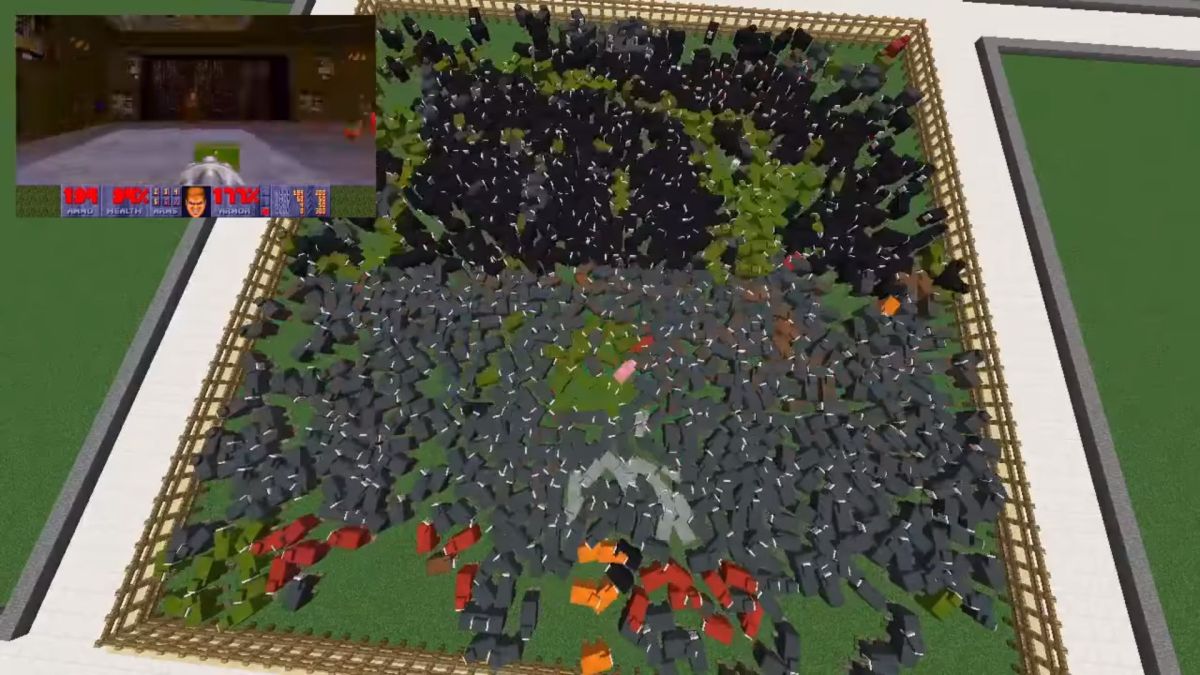 First, Trey Del Bonis created a Minecraft mod called rottenplayer that changes the colour of sheep to match video input. The first demonstration was a version of an old meme called Bad Apple!! As the description for that video explains, “Bad Apple!! is a song from the Touhou game series.  It’s developed a culture of being played on things that normally aren’t made to play videos, like sheep.  A lot like how people run Doom on things that weren’t meant to run Doom, like printers.”

So obviously the next step was to put a video of some actual Doom gameplay on those color-changing sheep, as you can see above. If the original footage wasn’t being displayed alongside it you probably wouldn’t recognize this herd of flickering rectangles as id’s classic shooter, but it’s still a feat worth acknowledging. Even if it’s not quite as impressive as Doom running on a pregnancy test, or Doom running on 100 pounds of moldy potatoes.

If you’ve continued reading this far without pressing play on that video, congratulations, because I’m about to ruin the surprise for you. It’s a rickroll, with most of its runtime devoted to the Never Gonna Give You Up video playing in sheep-o-vision. It’s actually more impressive than Doom in its way, with Rick Astley’s profile easily distinguishable even when it’s made up of gray and orange rectangles.