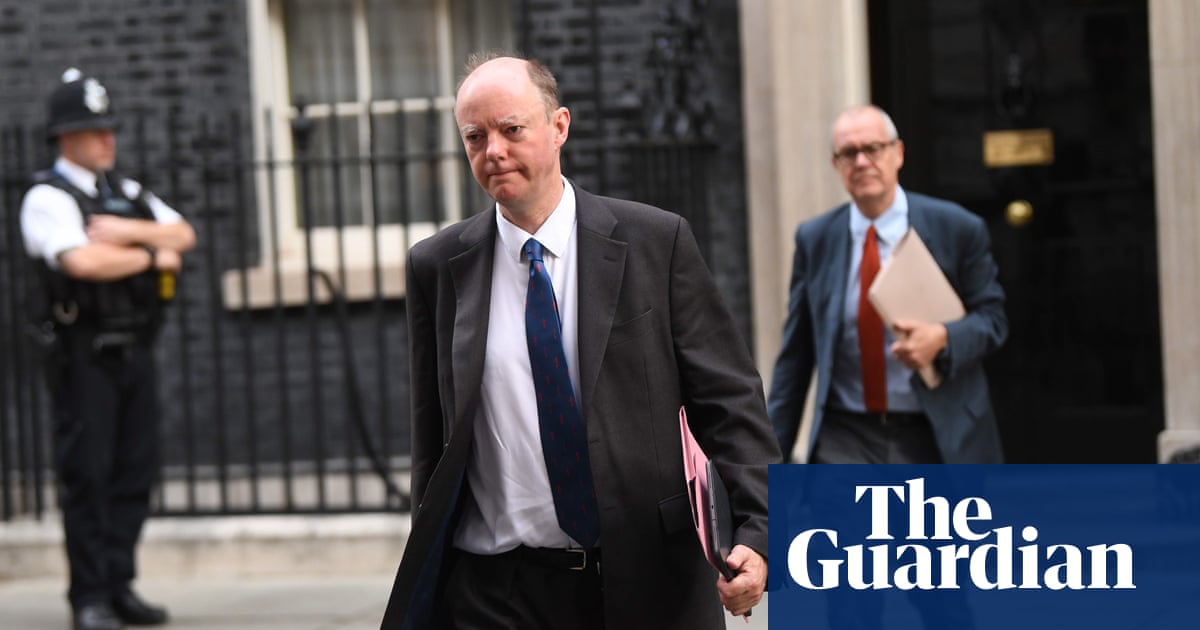 The time is long overdue for the government’s advisers to stop speaking in code. Sir Patrick Vallance, the chief scientific adviser, last week acknowledged at the Downing Street Covid briefing on Friday that he and colleagues had recommended a circuit-breaking lockdown last month (Boris Johnson threatens to force tier 3 on Manchester leaders, 16 October). Presumably to save the blushes of the prime minister, he went on to say that events had however moved on – that in September, cases had been low enough that test and trace could have coped with the post-lockdown reduced spread of the virus.

That cases are now too high and exponentially escalating means logically that what is needed as of now, as a result of the government having already delayed too long, is a more stringent and longer lockdown. Yet Vallance’s coded message was used in the context of justifying the government’s less stringent approach, ie piecemeal, ineffective confusion.

This inverted logic is reminiscent of Chris Whitty, the chief medical officer, arguing in March that testing had had to be abandoned due to cases being too numerous, yet simultaneously arguing that cases were not high enough to justify a lockdown. We know where that equivocation led us.

If history is repeating itself (first time as tragedy, second time as farce), for how long are the so-called experts prepared to ruin what is left of their reputations in this Whitehall farce?
Calum Paton
Emeritus professor of health policy, Keele University

• This incompetent government has had more than eight months to develop a strategy, but after initially rallying support for the lockdown it has lurched chaotically from one failure to another (track and trace, exams, university returns, alert levels), and now seems to have abandoned any notion of “following the science” (How No 10’s relationship with its scientists broke down, 17 October).

The virus will not go away, and until an effective vaccine is available we will need to live with it. We cannot have more dithering, with constantly changing policies in different parts of the country and economic chaos.

We need a sense of certainty for the medium to long term. Developing Keir Starmer’s proposal (Keir Starmer urges PM to impose ‘circuit breaker’ lockdown on England, 13 October), the simple solution is to have circuit breakers at regular intervals. For instance, a pattern of two weeks of national lockdown followed by six or eight weeks of the “medium risk” rules. This can then be repeated for as long as necessary. It would require changing school holidays (close them for the period of lockdown), but surely nobody is planning normal holidays anyway.

This would enable peaks to be flattened so that the NHS can manage, but at the same time allow people to resume a relatively normal life outside the circuit-break periods; the clarity would let people plan their lives and help businesses stay viable.
Dom Flint
Sheffield

• Brilliant staging by Andy Burnham (Boris Johnson’s Covid plan in turmoil after north-west leaders refuse tier 3, 15 October) to deliver his opposition to the government’s tier 3 proposals from the steps of the Central Library in St Peter’s Square, Manchester – the site of the Peterloo massacre. Following in the footsteps of Henry Hunt, the lead speaker at the original event?
Stan Zetie
Streetly, West Midlands

• With reference to Covid and Brexit, perhaps someone should explain to the government that “to negotiate” is generally understood to mean “to confer with others in order to reach a compromise or agreement”, not to try to insist on your own way.
Jill Adams
Birmingham