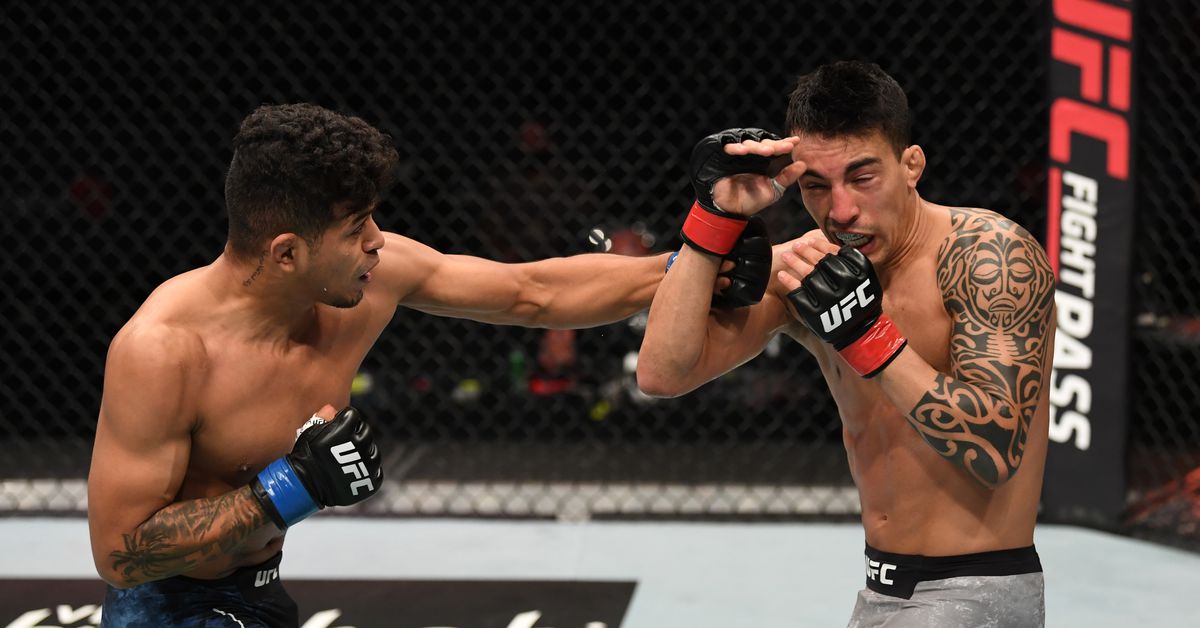 Jonathan Martinez doesn’t have much to say on the microphone, but he talks plenty with his fists and feet in the octagon.

The soft-spoken bantamweight put on a display of striking acumen over three rounds to beat Thomas Almeida in the Brazilian’s first fight back in more than two years. The final scorecards all read 30-27 with Martinez getting the decision while moving to 4-1 in his past five fights in the UFC.

“I feel real great,” Martinez said following his win at UFC Fight Island 6. “I fought a guy I used to look up to. I was really excited to come in here and fight him.”

While Almeida built his UFC career on wild exchanges and coming after his opponents like a buzz saw, the Brazilian was much more technical in his return to the UFC for the first time in more than two years. Meanwhile, Martinez was quick to take the center of the cage as he looked to out strike Almeida while establishing a strong lead jab.

Martinez was doing a masterful job setting up his strikes including a stiff left kick that he started to use as a compliment to his jab. With Almeida getting a little more aggressive, Martinez then made him pay with a counter knee right up the middle.

With timing running out, Almeida knew he needed to ratchet up the pressure but for every solid shot he landed, Martinez was able to load up on his punches in return. As a southpaw, Martinez started unloading a powerful left hand that was cracking Almeida during many of the biggest exchanges.

Almeida never backed down but it was Martinez’s power, accuracy and output that ultimately won the majority of the exchanges and helped him take home the decision victory.

Martinez has long been considered a solid prospect at 135 pounds but this win further solidifies that status. As for Almeida, he’s now dropped three fights in a row with a 1-4 record in his past five appearances in the octagon.