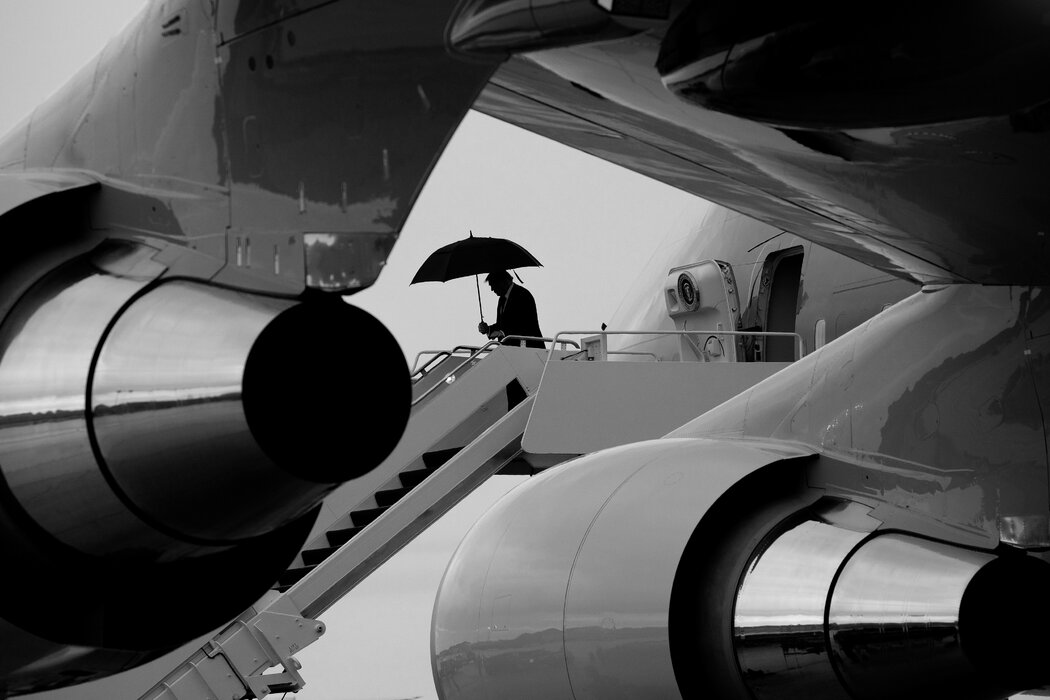 Kathleen Kingsbury, acting editorial page editor, wrote about the editorial board’s verdict on Donald Trump’s presidency in a special edition of our Opinion Today newsletter. You can read it here.

This month, with no warning to the Pentagon, President Trump’s national security adviser abruptly announced that the United States would reduce its troops in Afghanistan to 2,500 by early next year, rather than 4,500 as previously decided. Hours later, the president tweeted that no, he wanted them all back by Christmas. Caught by surprise, the chairman of the Joint Chiefs of Staff, Gen. Mark Milley, declared that he would proceed based on conditions and existing plans, and the Department of Defense noted — again — that it does not respond to commands over Twitter.

It was a shockingly irresponsible exercise of executive power, especially as military officials have consistently warned that a quick withdrawal would put frontline soldiers’ lives at risk and undermine the peace deal being discussed with the Taliban. But after nearly four years, Washington and the world have learned to their dismay that this is the way Donald Trump does business.

To his supporters, his diplomatic incompetence must be a source of frustration — Why aren’t the troops home? Where’s the wall? Yet his critics take no solace in his vandalism of alliances built up at the cost of many lives and the expenditure of much hard-earned treasure over the course of many generations.

“From this day forward, it’s going to be only America first,” Mr. Trump warned in his Inaugural Address. Today, what that meant is clear in the decline of American leadership and the hallowed American brand, in the wariness of allies and the glee of strongmen.

Abandoned multilateral commitments litter the halls of Washington, often for no reason other than that they were produced by previous presidents or somehow irked Mr. Trump — the Trans-Pacific Partnership, the Paris climate accord, the Iran nuclear deal, the Intermediate-Range Nuclear Forces Treaty, the Open Skies Treaty, the World Health Organization, UNESCO.

The successes he touts — whether pulling American troops out of the Middle East, a trade war with China, ripping up the Iran nuclear deal, or going after Venezuela and Cuba — are dubious at best and illusory at worst. The administration’s peace plan for the Middle East turned out to be a bag of gifts for the Israeli right, effectively undermining America’s potential as a mediator with the Palestinians. China is regularly turning up the heat in Hong Kong, Taiwan and the South China Sea. Sanctions against Iran are opposed by allies and threaten a humanitarian disaster; Nicolás Maduro remains firmly entrenched in Caracas. As for Mr. Trump’s bizarre summits with the North Korean despot, Kim Jong-un, the latest love letter from Pyongyang was a liquid-fueled monster of an intercontinental ballistic missile rolled out on an 11-axle transporter at a military parade.

Despite all his many calls to bring the troops home and his power to order it done, thousands are still deployed around the globe, including in Iraq, Afghanistan and Syria.

The troubles of the world are not all Mr. Trump’s doing. China’s rise, Russia’s machinations, the tenacity of Mr. Maduro, the sectarian feuds in the Middle East and the new crop of authoritarian rulers were all underway before he was inaugurated, and would have taxed any president.

But Mr. Trump’s willful ignorance of the world (before meeting Russia’s Vladimir Putin in Helsinki he reportedly asked aides whether Finland was part of Russia) combined with his disdain for diplomacy, intelligence and experience (“My primary consultant is myself and I have a good instinct for this stuff”) have often made bad matters worse.

The phone conversation with President Volodymyr Zelensky of Ukraine that prompted his impeachment — “I would like you to do us a favor, though” — exposed the transactional mentality behind much of Mr. Trump’s worldview.

This was the same president who in the first days of his administration angrily pushed the Australian prime minister to cancel an immigration deal he had made with President Barack Obama because otherwise Mr. Trump would be “seen as a weak and ineffective leader in my first week,” or the president who, according to John Bolton, the former national security adviser, asked China’s president, Xi Jinping, to buy more American soybeans and wheat to help the president with the farm vote.

The niceties of diplomatic communications have been alien to the star of “The Apprentice.” According to Carl Bernstein, writing for CNN, Mr. Trump called the British prime minister, Theresa May, a “fool” and Chancellor Angela Merkel of Germany “stupid” in phone calls. Among other insults, Mr. Trump called Prime Minister Justin Trudeau of Canada “very dishonest & weak” in a tweet and accused President Emmanuel Macron of France of making “very, very nasty” remarks.

These were close allies. The tone is very different with the bad guys. Mr. Kim, arguably the nastiest despot on earth, made a striking metamorphosis from “little rocket man” to writer of “love letters” in Mr. Trump’s universe after two summit meetings that achieved nothing.

The relationship with Mr. Xi went the other way. Before Mr. Trump decided to heap all his coronavirus woes on China, he had repeatedly praised its leader — “Terrific working with President Xi, a man who truly loves his country.”

In fact, there doesn’t seem to be an illiberal leader Mr. Trump doesn’t admire. The president of the Philippines, Rodrigo Duterte, who has led a campaign against drug dealers and users linked to thousands of extrajudicial killings, was doing an “unbelievable job on the drug problem.” Viktor Orban, the autocratic prime minister of Hungary, was “respected all over Europe.” Recep Tayyip Erdogan, the authoritarian president of Turkey who often telephones Mr. Trump, “has become a friend of mine.” When Crown Prince Mohammed bin Salman of Saudi Arabia became a global pariah over the murder of the journalist Jamal Khashoggi, Mr. Trump came to his rescue. “I saved his ass,” the president said, according to a book by Bob Woodward. “I was able to get Congress to leave him alone.”

All this has been exhaustively chronicled in Mr. Trump’s tweets and declarations and in the rapidly swelling library of tell-all books by outcasts from the revolving door of aides like Mr. Bolton, the impeachment hearings, the dossier compiled by Robert Mueller III or books like Mr. Woodward’s. Yet in all this sound and fury, one mystery stands out. And that is the source of Mr. Trump’s curious reticence before Mr. Putin.

What would a Joe Biden victory in November’s election mean for American foreign policy? Many of the dominant currents of world affairs will not change as a result of a change of administration or tone in Washington. Russia will still meddle in foreign elections; China will demand a role commensurate with its wealth and military might; Europe will contribute too little for its defense; a reconfigured Middle East will still be buffeted by sectarian, social and ethnic divisions; North Korea and Iran will pursue their nuclear ambitions.

But without Mr. Trump’s crude insults, erratic shifts and self-serving views, the United States will have a chance to reclaim at least some of its moral authority, and his coterie of wannabe dictators will feel less comfortable. Mr. Biden has already pledged to rejoin the Paris climate accord, and he is likely to re-enter other international forums and to take steps to repair relations with miffed allies.

If Mr. Trump is re-elected, he will conclude that he has a mandate to continue in his dysfunctional statesmanship, and the world will have no choice but to conclude that the past four years were not an aberration, but the United States they now have to deal with.