Ask Larry Cuffe why, after decades of voting for Democrats, he voted for Donald Trump four years ago, and he’ll talk about his distrust of Hillary Clinton and the need to get northern Minnesota’s mines back to work.

Ask the former police officer why he’s sticking with Trump in 2020 and the list is very much longer.

“The Democratic party left us. Even in the past four years it’s changed so much. Supporting people who riot? Defunding the police? That’s crazy. I think a lot of us up here are Democrats in Republican clothing now,” he said.

Cuffe, who twice voted for Barack Obama, is one of six mayors from a stretch of Minnesota mining country, known as the Iron Range, who turned their back on the Democratic party and signed a joint letter endorsing Trump even as the state is swinging behind the president’s opponent, Joe Biden

The mayors said that after decades of voting for Democrats, they no longer regarded the party as advocating for workers. 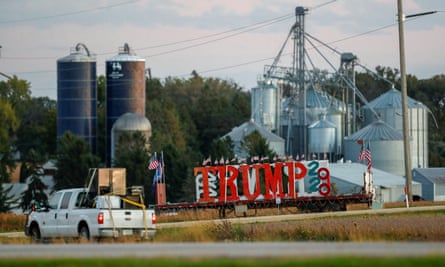 A truck passes a sign in support of Donald Trump near Rochester, Minnesota. Photograph: Eric Miller/Reuters

The mayors praised Trump for standing up to China, cutting taxes and said he “fought for the working class”.

“Now, four years later, the Iron Range is roaring back to life and for the first time in a very long time, locals are hopeful because of this president’s policies and willingness to fight for us,” the mayors said in their endorsement.

After losing Minnesota by less 1.5% of the vote four years ago, Trump imagined he might take the midwestern state this year. It was a potential prize that, if it fell into the president’s lap, would almost certainly mean Biden also lost the crucial neighboring swing states of Wisconsin and Michigan.

That now appears to be increasingly unlikely for Trump as opinion polls consistently give Biden a lead in Minnesota of six points or more with early voting already under way.

But the mayors cling to hope that Trump can once again pull off the unexpected with the help of a region where many traditionally Democrat voters who backed the president four years ago have not been drawn back to the party this year. Large numbers were alienated by Clinton as a candidate in 2016 but since then a gap has opened up with the broader Democratic party and Biden has failed to bridge it.

The once heavily unionized Iron Range is part of one of the few congressional districts to flip to the Republicans in the otherwise disastrous 2018 midterms for Trump as voters in the region liked his showdown with China over steel dumping and a promise to clear the way for vast new mines blocked by Obama.

Two years later, support for Trump appears to have strengthened further following the protests and civil unrest in Minneapolis, the state’s largest city, in the aftermath of George Floyd’s death, and amid demands to defund the police. Cuffe is also hostile to a new breed of Democratic politicians who talk of “socialism” and scrap immigration enforcement.

But the immediate issue that drew the mayors and other Democrats to Trump in the Iron Range was mining, the source of the region’s fading prosperity, and on that they say he has delivered.

Andrea Zupancich, a real estate agent and part-time mayor of the small city of Babbitt who also voted for Obama and signed the letter in support of Trump, twice testified to Congress that China dumping cheap steel on the US was killing her community. 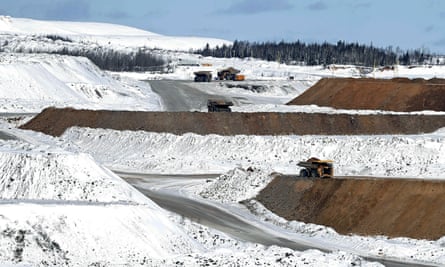 She said the imports drove down demand for iron ore from the mines around Babbitt which cost jobs, battered the local economy and drove people to leave the city.
“We were pleading with Obama to do something about this. He started doing a little bit and then it just kind of fizzled,” she said.

Zupancich credits Trump for standing up to China by imposing tariffs on its steel that she says has injected new life into the industry in the US and the Iron Range.
“The tariffs, that is causing an equal playing field for the selling of our steel, so we’ve noticed an increase in the mines’ production. We see that they’re hiring people, they’re putting money back into the mines. They’re planning on mining for a while,” she said.

The Trump administration claims to have driven up iron ore production in the region by nearly one-third, to have created hundreds of new mining jobs and to have increased miners’ wages.

“I’m not for saying Trump is saving the steel industry. He promised in some of the advertisements he was going to open six new steel mills. He hasn’t opened new mills, he’s shut them down,” said Bonach, who emphasizes that he is speaking for himself, not the union. “We have a mill in Detroit that is closed. It got all its [iron ore] pellets from here. He talked to them people there and said he was gonna get it running and it’s not running. There’s still two other mills of ours that are down. So it’s still struggling. It’s still a challenge.”

But Bonach acknowledged that many of his members who might have voted Democratic in the past now support Trump.

“He’s thrown out the tariff thing. He’s riding that up here. I ain’t saying he didn’t help. It’s helped. But overall I’m not sure it’s changed very much,” he said. 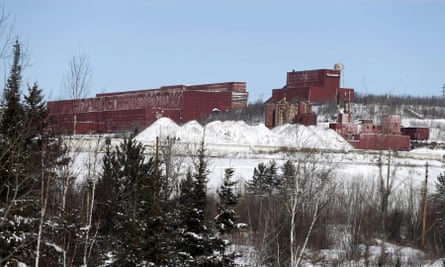 A closed steel plant near Hoyt Lakes, Minnesota, was later awarded to a planned copper and nickel mine in 2016. Photograph: Jim Mone/AP

There was also widespread anger in the region after Obama blocked a vast copper and nickel mine in Minnesota’s Superior national forest that the owners said would last for decades. Trump lifted the block.

“We are sitting on a half a trillion dollars’ worth of copper and nickel,” said Zupancich. “We import all our nickel whereas we could provide 90% of the world’s nickel and the state would really benefit. The mining taxes pay for our schools for the entire state.”

The plan ran into opposition from Minnesota Democrats over environmental concerns. To Zupancich it didn’t make sense if a ban on mining in northern Minnesota means the minerals then come from countries such as China or Russia with lower environmental and other standards.

“Minnesota has the strictest standards in mining and safety. Green energy, turbines, need copper, nickel, platinum, cobalt, which we have here. We import it from countries that have child labour, no strict safety standards, no environmental standards, and we do have that here. So we want to make sure it’s done, and we want to make sure it’s done right. Trump understands that,” she said.

But if it was mining that drew Democrats in the Iron Range to Trump four years ago, many are sticking with him because they feel even more alienated from their former party. 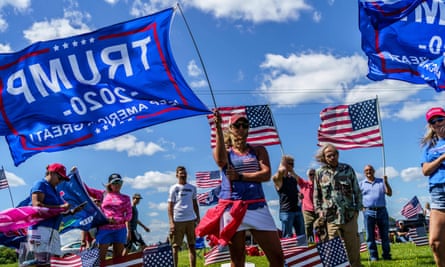 Trump supporters wave flags as the president delivers remarks on jobs and the economy on 17 August. Photograph: Kerem Yucel/AFP/Getty Images

Cuffe, a military veteran, watched the protests and destruction in Minneapolis following the death of George Floyd, and what he regards as the Democrats complicity in it, with despair. He scoffs at the calls to defund the police. He’s shocked that Minneapolis council passed an ordinance to dismantle the city’s force.

“I think reform is always a good route, but when you vote to just completely defund the police, it creates a myriad of problems. We’re an armed society. We are a very tumultuous society right now, a very violent society, and a very divided country. We need the police,” he said.

Cuffe ticked off other frustrations, including a claim that “we are gravitating toward the actually erasing our entire history of the United States by pulling down these monuments.”

But he acknowledged that the reckoning with the past is a reflection of shifting priorities and politics of many Democratic voters in other parts of the country.

“You have millennials and younger people that want to come in and try to shape their way of life. You could support it or not support it,” he said.

Zupancich, too, is alarmed by the talk of democratic socialism and what she regards as a far-too-radical wave of young Democrats, exemplified by Ilhan Omar – the Minnesota member of congress who is the first woman of colour to hold national elective office in the state.

Still, mining remains at the core of the presidential race in the Iron Range. Bonach said he does not believe that Biden is opposed to mining, but he said there is a strong perception in the region that the Democrats as a whole are, and that has a big impact.

“The perception is harming Biden, there’s no doubt about it. The USW will make sure Biden does the right thing,” he said.