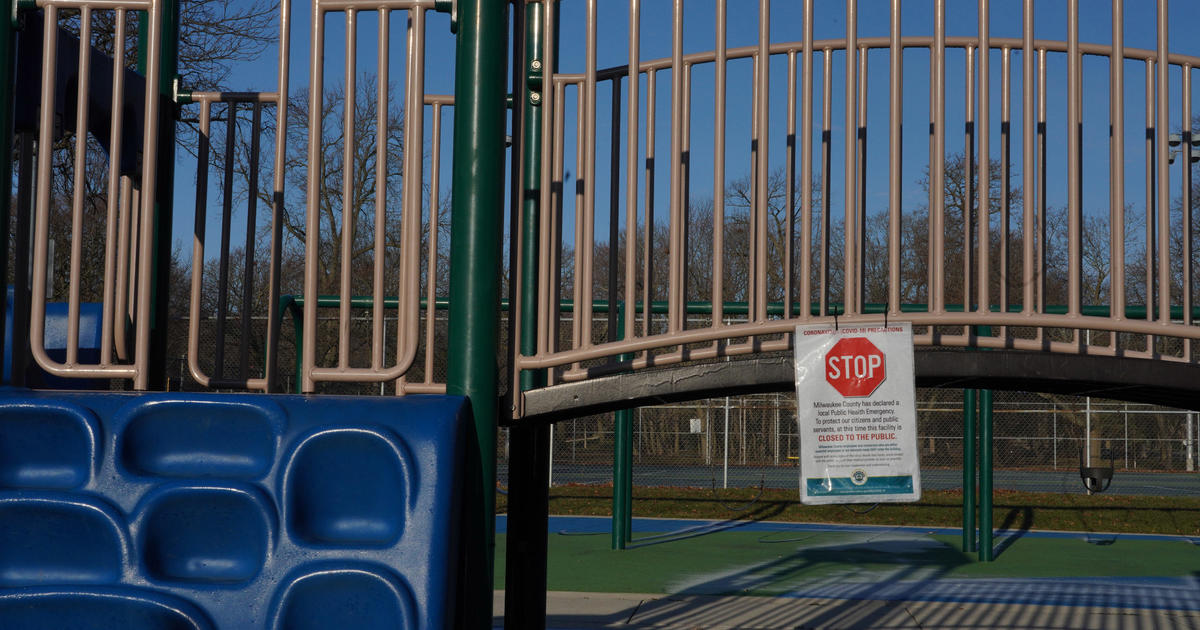 CBS News is chronicling what has changed in the lives of residents of some of the biggest battleground states in 2020 amid the coronavirus pandemic.

Students in the Milwaukee Public Schools last saw their teachers in-person in mid-March before the COVID-19 pandemic forced Governor Tony Evers to shutter the schools. This set off a chaotic effort to ensure students were still receiving basic needs, including free breakfast and lunch, and figuring out remote instruction once it became clear students wouldn’t be returning to the classroom.

Seven months later, virtual learning continues in Milwaukee Public Schools (MPS), Wisconsin’s largest school district. When the decision was made in July to start the year virtually, some parents applauded the district for taking the safe route, while others spoke out against the plan. They didn’t think the spring semester had worked out well and feared students would fall behind.

“When it happened in the spring, it was crisis management,” said Nicolo Onorato, a special education teacher, referring to the frantic aftermath when schools closed. “We’re better than we were last year because we understand a little bit better. And if we’re going to keep understanding it better, we’re still going to get better.”

“I don’t think this is sustainable,” Peoples said. She added, “After three or four months of this, you might see students just start to like go into this slump again about ‘I’m not getting up and doing this this morning.'”

She feels she’s “more effective” now than in April, and there are fewer disruptions and more students are doing the work. But still, she said of her students, “I think it’s just very hard for them to sustain an excitement about learning through a screen.”

The MPS reopening plan approved in July called for starting the year with 30 to 45 days of virtual learning before transitioning to a hybrid model. But in the meantime, Wisconsin has become one of the nation’s COVID-19 hotspots. Cases have nearly doubled since Labor Day and some districts that were doing in-person instruction have been forced to go virtual for awhile. Madison schools will remain virtual into January, the district through mid-January on Friday.

While other parts of Wisconsin have been hit harder in recent weeks, the average number of cases in Milwaukee also climbed in September and early October. MPS has not yet indicated when or whether it will transition to hybrid learning.

MPS enrollment was at 96% of target enrollment goal in late September, according to the Milwaukee Journal Sentinel, but even that small drop in enrollment could cost the district significant funding. MPS did not respond to CBS News’ request for comment about enrollment.

Onorato admits virtual learning isn’t ideal. But he said teachers, students and parents are working to make the best of the situation, and safety remains his top priority.

“Is it the same as last year? Absolutely not. Would we be more effective and would we have better outcomes if we were face to face? Yes,” Onorato said. “But right now we’re in a position where I’m confident teaching virtually that we’re keeping our students safe and that’s of paramount importance to all of us.”

One of the biggest challenges was access to technology. It was a major undertaking to ensure every student had a Chromebook and internet access in a district primarily made up of students of color and where about 80% of students are economically disadvantaged.

“There is not reliable Internet even in 2020. And on top of that, for many of our families, that $45 to $75 a month cost is resctrive for them,” said Wendell Willis, executive director of the MPS Foundation.

The MPS Foundation raised money to provide every student a WiFi hotspot who needed one and has distributed more than 8,000 units in an effort to provide internet coverage for students even after in-person learning resumes.

Those efforts have greatly helped, but Onorato and Peoples both said there are still instability issues for students who don’t have strong WiFi signals. Willis said the foundation is working to expand bandwidth for families who need it, including those who have multiple students online at the same time.

Onorato isn’t optimistic that students will be returning to school soon. He believes the rest of the school year may take place online and questions whether it will even be safe to return to school in-person next fall.

But he misses bonding with his students and knows they’re having a harder time connecting virtually.

“We miss each other. I miss getting high fives and working one-on-one with my kids,” he said.