Chris Killip, who has died aged 74 from lung cancer, was one of Britain’s greatest documentary photographers. His most compelling work was made in the north-east of England in the late 1970s and early 80s and was rooted in the relationship of people to the places that made – and often unmade – them as the traditional jobs they relied on disappeared. In 1988 he published In Flagrante, a landmark of social documentary that has influenced generations of younger photographers. His friend and fellow photographer Martin Parr described it as “the best book about Britain since the war”.

Killip later said that he had unknowingly photographed the “de-industrialisation” of the north-east. He had set out to render meaningful the lives of those who had been marginalised by the end of traditional industry in the region – miners, shipbuilders, fishermen and the like – and he did so through acute observation and empathy. “In recording their lives, I’m valuing their lives,” he said later of his mainly unemployed subjects. “These people will not appear in history books because ordinary people don’t. History is done to them. It is not acknowledged that they make history.”

In the years since, many of Killip’s black and white photographs of the north-east have assumed iconic status, not least the up-close profile portrait of a young skinhead sitting on a wall, body coiled, eyes closed and fists clenched (Youth on a Wall, Jarrow, Tyneside, 1976). Though often described as bleak, his work possesses a poetic undertow that was linked to his ability to evoke conflicting moods in a single image. His picture of a young girl twirling a hula hoop, lost in play on a deserted, litter-strewn beach (Helen and her Hula-Hoop, Seacoal Camp, Lynemouth, Northumberland, 1984), perfectly captures her private reverie amid the stark surroundings. In a portrait titled Simon Being Taken to Sea for the First Time Since His Father Drowned, Skinningrove, 1983, a young boy sits disconsolately on the prow of a small fishing boat, head bowed, deep in thought. It is a deeply poignant study of sorrow and stoicism, which avoids intrusion through Killip’s tender eye and close relationship with his subject.

The intimacy of many of Killip’s portraits relied on his use of a 5×4 camera, sometimes using flash in daylight, which enabled him to capture his subjects in often revealing detail, whether their weatherbeaten faces or well-worn clothes. But it also depended on him establishing a deep bond of trust with his subjects. In the early 80s, for instance, he got to know several young men in the isolated village of Skinningrove on the North Yorkshire coast before he photographed them passing time by mending their small fishing boats or staring out to sea. He stayed in touch with many of them and went back there in 2018 to hand-deliver copies of his publication, Skinningrove, to houses in the village. 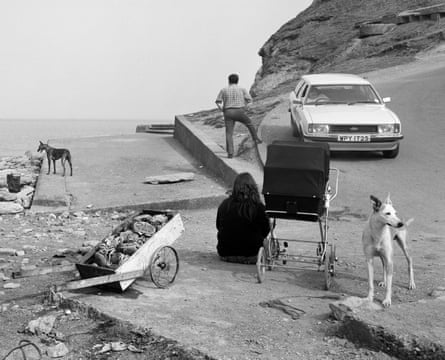 Chris was born in Douglas, Isle of Man, to Molly and Alan Killip, who ran the Highlander pub in Greeba. He left Douglas high school aged 16 with a single O-level in art and began working as a trainee manager at a local hotel. As a boy, he was a keen cyclist and it was while leafing through an issue of Paris Match for photos of the Tour de France that he happened upon a photograph by Henri Cartier-Bresson entitled Rue Mouffetard, Paris (1954). “I was so mesmerised by it and I couldn’t stop looking at it,” he said years later. “It stayed in my brain for the rest of my life.”

In 1964, having decided to pursue a career in photography, he worked as a beach photographer to earn enough to enable him to travel to London. That October, he began working as a junior assistant to Adrian Flowers, a successful commercial photographer, the first of a series of assisting jobs he took in the city. He decided to pursue his own path outside the world of commercial photography in 1969 after seeing the work of American photographers such as Paul Strand and Walker Evans at the Museum of Modern Art while on a visit to New York. That decision took him back to the Isle of Man to, as he put it, “purposefully photograph the place I knew and loved”.

For the next few years, Killip worked at night in his father’s pub and, by day, travelled the island shooting his first series of landscapes and portraits. The island had become a tax haven for outsiders and Killip rightly sensed that its traditional jobs were under threat. He set out to evoke that disappearing way of life and, in doing so, set the tone for much of what was to follow, not just in terms of his choice of subject matter, but in his formal rigour and deeply immersive, slowly evolving approach.

In 1971, Lee Witkin, a New York gallery owner, commissioned a limited edition portfolio of Killip’s Isle of Man photographs. The advance allowed him to continue working independently and, in 1974, he was commissioned to photograph Huddersfield and Bury St Edmunds, which resulted in an exhibition, Two Views, Two Cities, held at the art galleries of each city. The following year he was given a two-year fellowship by Northern Arts to photograph the north-east. He worked in Tyneside for the next 15 years, living in a flat in Bill Quay, Gateshead, and steadily creating the body of work that would define him as a documentary photographer.

Killip also co-founded the Side Gallery in Newcastle in 1977, a pioneering independent venture that highlighted the work of British and international documentary photographers. In that year alone, the gallery exhibited work by the likes of Graham Smith, Berenice Abbot, Imogen Cunningham, August Sander and Lewis Hine. The same year, Creative Camera devoted an entire issue to Killip’s photographs of the north-east. 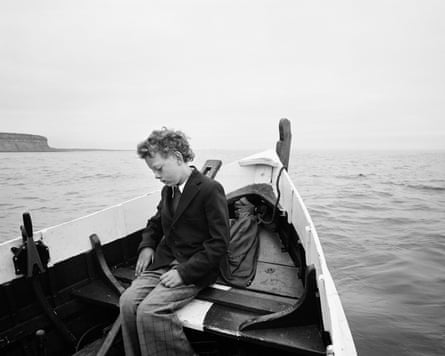 Simon Being Taken to Sea for the First Time Since His Father Drowned, Skinningrove, North Yorkshire, 1983. Photograph: Chris Killip

By the early 80s, Killip’s portraits were regularly being featured on the cover of the London Review of Books and, in 1985, he was shown alongside his friend Graham Smith in Another Country: Photographs of the North East of England at the Serpentine Gallery in London. It was a hugely influential exhibition that prepared the ground for In Flagrante, launched at an exhibition of the same name at the Victoria and Albert Museum three years later.

In 1989, Killip received the Henri Cartier-Bresson award and made what would be his last major series in Britain, when he was commissioned to photograph the Pirelli factory in Burton-on-Trent, Derbyshire. The following year, the V&A hosted an exhibition, Working at Pirelli.

He moved to the US in 1991, having been offered a visiting lectureship at Harvard, where he was later appointed professor emeritus in the department of visual and environmental studies, a post he held until his retirement in 2017. In the summer of 1991, he was also invited to the Aran Islands to host a workshop and returned to the west of Ireland a few years later to begin making a body of colour work that would be published in 2009 in a book called Here Comes Everybody, its title borrowed from James Joyce’s novel Finnegans Wake.

Killip remained in the US until his death, settling with his wife, Mary (nee Halfpenny), an administrator at Harvard, whom he married in 2000, in Cambridge, Massachusetts. In 2011, he published Seacoal, a selection of the pictures he made in Lynemouth in the early 80s while living there in a caravan on the beach. 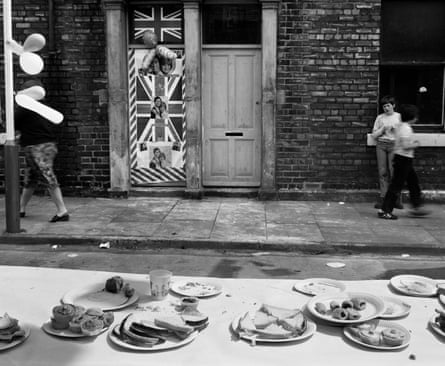 The following year Arbeit/Work was published to coincide with a major retrospective of his work at Museum Folkwang, Essen. It was an honour not granted to him in his lifetime in Britain. The week before his death, he was awarded the Dr Erich Salomon lifetime achievement award for his services to the medium.

In 2016, an expanded version of In Flagrante was published as In Flagrante Two and, that same year, Killip’s son, Matthew, discovered a box of old contact sheets from the 80s at his father’s studio. It led to the publication in 2018 of four large-format zine-style publications: Portraits, The Station, Skinningrove and The Last Ships. The images therein, whether of punks dancing wildly in a grimy venue or ships looming over the streets of North Shields, further highlight the range and depth of Killip’s consistently democratic vision. His lifetime’s work can be viewed as one long continuous exploration of people, place and community – and all three are affected by the human consequences of the decline of industry. “History is what’s written,” he said of his work, “my pictures are what happened.”

He is survived by Mary, his son, Matthew, from a previous relationship with the Czech photographer Markéta Luskačová, his stepson, Joshua, two granddaughters, Millie and Celia, and a brother, Dermott.