Bentley has recently facelifted its first and only SUV so far, the Bentayga, but it looks like it has more in store for the super luxury SUV.

An intriguing Bentayga prototype was spotted on and around the Nürburgring Nordschleife this week wearing a camouflage branded “Beyond100”. That’s the name of the company’s new business strategy that aims to transform Bentley into “the world leader in sustainable luxury mobility.”

The facelifted Bentayga was the first Bentley launched under the Beyond100 plan, and it appears that the second could be a new Bentayga derivative. If you look closer at the rear doors, you’ll notice they are way longer than the stock model’s.

See Also: Yay Or Nay – Is The 2021 Bentley Bentayga Better Looking Than The Original? 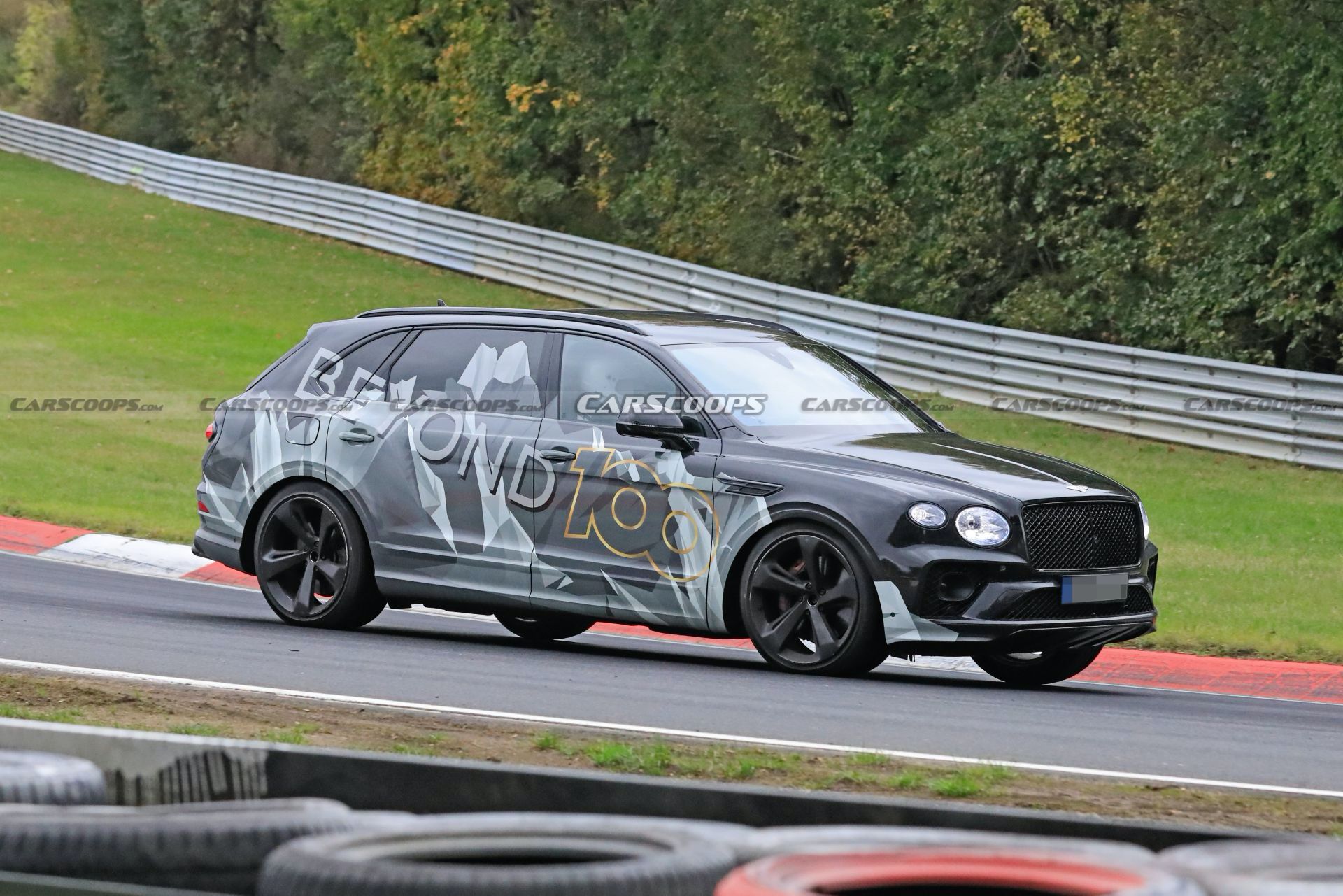 This means Bentley is testing a long-wheelbase variant, which will probably be called the Bentayga Extended Wheelbase (EWB), just like the discontinued Mulsanne EWB. In the absence of a flagship saloon, the Bentayga EWB will become the pinnacle of the Bentley range, especially in combination with the 626 HP 6.0-liter twin-turbo W12 engine from the Bentayga Speed. The 542 HP 4.0-liter twin-turbo V8 will likely be the base powertrain.

The longer wheelbase should provide impressive levels of legroom in the rear passenger compartment, seeing as the standard model is already a very roomy vehicle thanks its 2,995-mm (117.9-in) wheelbase. Expect a pair of business class reclining seats with heating, ventilation and massage functions, as well as the utmost luxury and craftsmanship Bentley has to offer.

With the Bentayga EWB, the British brand will target obvious markets such as China and the Middle East, though a fair share of them will probably find a home in the United States too. Expect the range-topping Bentayga to debut sometime in 2021.