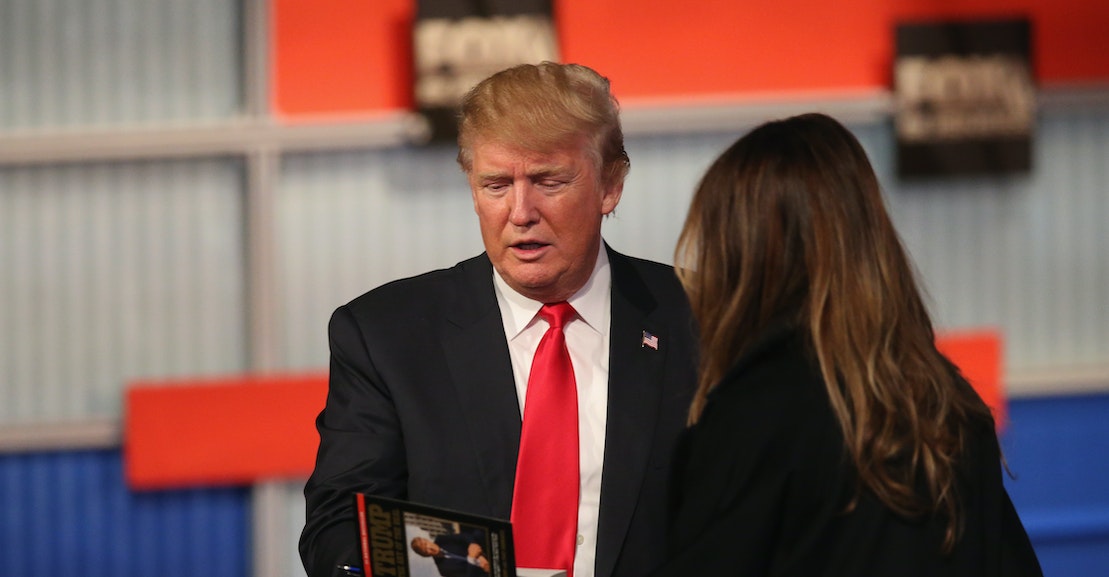 Without a larger argument about Trump books, Lozada has, perhaps accidentally, written one of his own: In this case, one that scolds partisans on both sides, makes a case for the value of liberal bureaucracy, and frets about a political system increasingly allergic to compromise. It’s the kind of argument you could expect David Brooks to make.

Lozada gets more interesting the further he gets away from Donald Trump. His chapter on books about immigration, rooted in Lozada’s own experience, is mournful, noting that “diversity and acceptance are far from America’s only values; the arc of the moral universe may bend toward justice or it may snap back in our faces.” But he can also be tin-eared, writing, “All immigration involves family separation; to compound it at the border only adds more pain and uncertainty to the sacrifices immigrants already must make.”

In his chapter on identity politics, he assesses the works of writers from Ibram X. Kendi and Robin DiAngelo to Bari Weiss and Wesley Yang. He attempts to synthesize what he sees as the best parts of the arguments made by all parties, and lands precisely nowhere: “The only way to protect and uphold the individual—every individual—is through universal rights and principles so yes, we must move toward a politics of solidarity,” he writes. “But for solidarity to endure, for it to mean something real for everyone, we must grapple with the politics of identity.”

Everything, however, must always come back to Trump. Reading every Trump book is certainly a triumph of endurance, but it’s never clear if it’s a worthwhile one. Much of the time, Lozada seems to be phoning it in. (“It’s the funniest of the Chaos Chronicles but The Toddler In Chief also outlines the serious risks of having a president with childlike traits,” he writes about his colleague Dan Drezner’s book. Thanks for the tip!) It all has the feel of a homework assignment, albeit a familiar one, since we have all spent the past four years searching for meaning. There is no argument or revelation in What Were We Thinking that couldn’t have been gained without reading 150 books about Donald Trump. The big revelation of this book may, in fact, be just that: Don’t read 150 books about Trump.