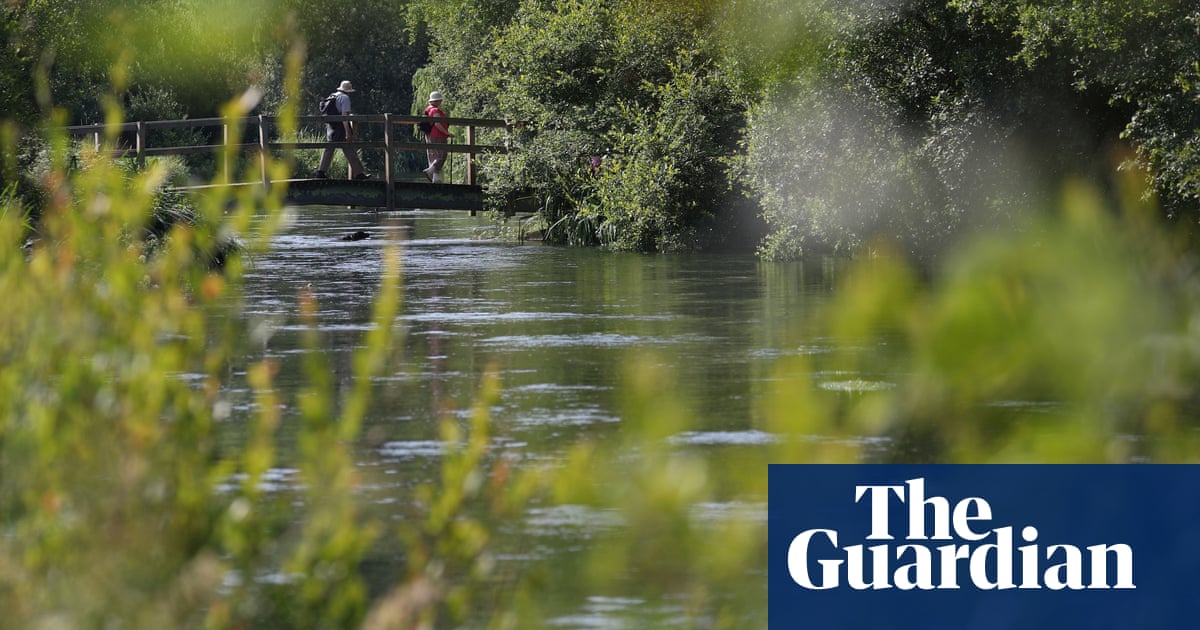 The UK environment watchdog is examining whether more than 50 sites that supply salad and vegetables to supermarkets and other businesses are discharging chemical pollution into rivers and streams.

The action follows revelations that a salad producer supplying retailers including Waitrose was washing pesticides into a protected chalk stream in Hampshire.

The Environment Agency (EA) took action against Bakkavor, which runs a watercress plant in Alresford, for discharging neonicotinoids into the Upper Itchen, a protected chalk stream, after evidence was gathered by the environmental charity Salmon & Trout Conservation (S&T).

Bakkavor imports salad crops from the US and Europe as well as growing its own produce. The produce is washed onsite and the company has a permit from the EA to discharge wastewater into the Upper Itchen.

Experts from S&T forced the agency to act on pollutants in the river after working with local people to carry out sampling of the water, which suggested chemicals were affecting invertebrate communities including freshwater shrimp, mayflies and caddisflies.

Freedom of information requests submitted by S&T revealed that acetamiprid, a neonicotinoid, was being washed off the salads into the river at concentrations above acceptable levels.

Monitoring by the EA confirmed pesticides from the washing of the salad leaves were going into the river. The agency is now examining more than 50 other sites where permits have been issued allowing them to wash food produce off into rivers and streams. It is prioritising sensitive sites where runoff goes into chalk streams.

The UK’s chalk streams, where water flows from underground springs, provide important habitats for a range of wildlife. Scientists say they are being devastated by a cocktail of pollutants from industry, farms, sewage discharges and over-abstraction by water companies.

An EA spokesperson said: “We will take tough action against any company or individual who causes significant pollution and damage to the environment. We have already taken direct action with Bakkavor and learnings from this work are being incorporated into our approach with other companies we regulate. This includes assessing risks at other sites and prioritising the most sensitive locations.”

Places where companies are suspected of similar pollution include chalk streams such as the River Test, the Avon and Bourne Rivulet.

Charles Walker, a Conservative MP who chairs the newly formed all-party parliamentary group on chalk streams, said salad washing had been a cause for concern for many years in relation to its impact on chalk streams and watercourses.

“I welcome the agency reviewing these permits. Chalk streams are our barrier reef, our rainforests. Eighty five per cent of the world’s chalk streams are in England and our stewardship of them over the last 50 years has been lamentable,” he said.

One of the companies being examined by the EA is Vitacress, a bagged salad plant that discharges its washwater into a tributary of the River Test. The EA said: “If monitoring demonstrates that a pesticide risks causing environmental damage by exceeding acceptable levels in the environment, we will require steps to be taken to prevent this.”

Companies are supposed to identify chemicals that are or could be present in their discharge and provide this information in support of their application to the EA for discharge permits.

Dr Janina Gray, of S&T, said not enough was being done to check chemical pollution from the sites. “No one thought it was an issue until they looked,” she said. “We urged the EA to look at other discharge permits from food washing because we believe these could also be discharging pesticides into rivers.”

Last month the EA revealed that no English river had passed tests for chemical pollution, and just 16% were rated as being in good health. For the first time, no river achieved good chemical status, suggesting pollution from sewage discharge, chemicals and agriculture is having a huge impact on river quality.

Bakkavor has announced it is closing its plant in Alresford at the end of this month. The company said the closure was due to a significant loss of business from one big customer in particular.

“As part of our regular testing at our Alresford site, which is monitored with the Environment Agency, we detected two occasions of slightly higher pesticide levels in February and March of this year,” a spokesperson said. “This was not a common occurrence and a full investigation was undertaken and remedial action carried out which the Environment Agency was made fully aware of.”

Waitrose, one of the site’s biggest clients, said it had stopped sourcing salads from there. A spokesperson said: “We no longer source any produce from the site in question and we understand it is due to close its doors (for good) imminently.”

Vitacress said it was working with the EA. “We take all our environmental obligations very seriously and have always worked closely with the Environment Agency to ensure we are compliant with environmental permitting regulations. We will continue to work with them to ensure the best outcome for the environment, including assisting with this review.”