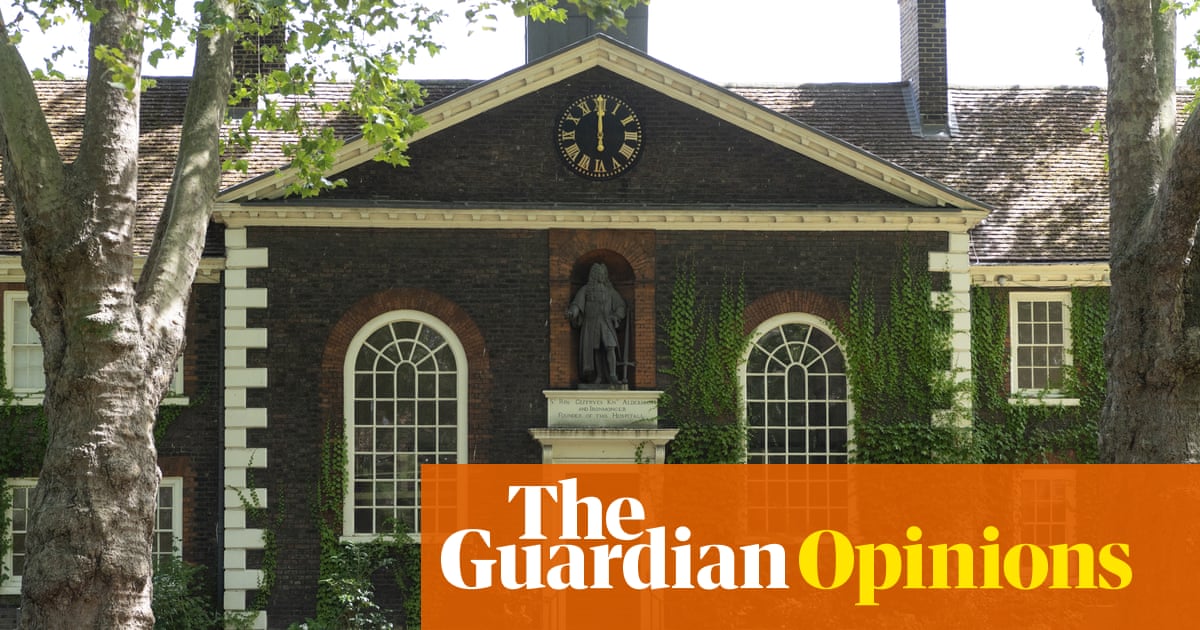 At the bottom of Oxford’s Cowley Road you won’t find a bronze statue of a colonial-era British soldier, in campaign dress and pith helmet, rifle raised to the ready position, that commemorates the Boer war. Nor will you find human skulls arranged by type for the purposes of so-called “race science” in Oxford University’s Museum of Natural History. That 1903 memorial to the Oxfordshire Light Infantryman was removed, with no nostalgic or jingoistic fuss, back in the 1950s. It now stands 10 miles away at Edward Brooks barracks, Abingdon. And those skulls were removed from anthropometric displays in 1946, as anthropology started the ongoing task of dismantling its racist infrastructure after the victory over fascism. The ongoing evolution of our historic built environment and museum displays, keeping in step with wider social change without heavy-handed governmental interference, is normal.

Until now. The secretary of state for culture is trying to ignite a fake “culture war” in the arts, museums and heritage sector. Oliver Dowden’s ministerial warning shot came in June just five days after Edward Colston’s statue fell in Bristol, as broad civic frustration with 25 years of inaction by heritage bodies in the city gave way to grassroots direct action. In a letter sent to Tory MPs, Dowden wrote: “As Conservatives we believe in the rule of law. We should not support or indulge those who break the law, or attack the police, or desecrate public monuments.” A fortnight later Dowden trained his sights on the Museum of the Home, a non-departmental public body, in Hackney, London. The museum had recently changed its name from that of the slave trader Robert Geffrye, and a public consultation was considering community demands for a 1912 reproduction of a statue of Geffrye to be relocated from above the entrance.

“As the prime minister has stated, we cannot pretend to have a different history,” Dowden warned in a leaked letter to trustees. Then on 22 September a ministerial diktat was sent to all Department for Digital, Culture, Media & Sport (DCMS) arms-length organisations, including national museums and funding bodies such as Arts Council England and National Lottery Heritage Fund. “The government does not support the removal of statues or other similar objects,” Dowden literally underlined. “You should not be taking actions motivated by activism or politics,” the politician insisted with no hint of irony. Museums must act “impartially,” he ordained, suggesting that the comprehensive spending review would take such factors into consideration with extreme partiality. Arms-length has become knuckle-length.

Dowden’s letter-writing spree contrasts with responses to the cultural dimensions of the Black Lives Matter movement in the UK’s devolved nations. The Scottish parliament unanimously approved a statement that it “regrets the fact that so many monuments and street names still celebrate the perpetrators and profiteers of slavery, and calls on all levels of government to work to address this toxic legacy”, and resolved to establish a new Scottish museum of slavery. Cardiff city council voted to remove a statue of Thomas Picton from City Hall in recognition, as Kevin Brennan MP explained to a DCMS select committee, that as governor of Trinidad he oversaw an “authoritarian and highly brutal regime”.

Let us be clear. Generating a “culture war” is how the right is trying to push back against the progress represented by Black Lives Matter. Resisting this framing is a key element of anti-racism today. Dowden’s ad hoc attempts to cancel the normal functioning of the arts and heritage sectors along party-political lines begins by conjuring the spectre of a mob that hates statues or museums. But look more carefully and you’ll see communities and audiences are not “cancelling culture”, but resisting racism while expanding and improving our collective knowledge of history. An impossible logic –in which buildings and exhibits would never change – underlies the minister’s edicts and his threats to overrule the normal functioning of listed building consent, democratic consultations, curatorial expertise, and funding agreements. The ethical principle of “editorial integrity”, which means that financial sponsors don’t get to dictate museum interpretation, is under assault here.

But above all the minister’s interventions are based on a grossly outdated ideal of the curator as some kind of lone scholar acting at a remove from the public. Today, curation is a democratic enterprise that values people above objects, buildings or landscapes. Our collective legitimacy comes from our communities, audiences, stakeholders – including, but not limited to, our funders. Museums and our historic environment are public spaces. Consider the Post Office’s role in efforts to establish the UK’s first LGBTQ+ museum, or current work at Museums Sheffield to integrate queer histories into permanent displays. The National Justice Museum’s partnership with the Ben Kinsella Trust for Nottinghamshire schools to join workshops on knife crime. There is also Glasgow Museums’ Ageing Well programme and The Black Miners Museum Project.

As redundancies loom across the sector, Dowden’s letter-writing spree may well have a chilling effect on such innovation, intimidating culture workers as financial uncertainty becomes a tool of governance. It also risks undermining years of gradual progress on equality and diversity across the museums and heritage sector. Tristram Hunt, his gaze perhaps quite reasonably fixed on the V&A’s prospects in the imminent spending review, calls for a centrist approach, claiming “museums need to transcend identity politics and avoid joining one side of two warring factions”. But this is a dangerous and minority view that gives equal status to the mainstream, ongoing work of dismantling outdated white supremacist displays or racist institutional structures, which is our unfinished public duty, and an insurgent mob using the political slogan “don’t rewrite history”. All history is rewriting history, or else it quickly becomes myth. You won’t rectify inequality by appeasing those seeking to weaponise art and heritage. Cultural leaders in these times should not be standing on the sidelines, but defending longstanding principles of diversity in their institutions – and refusing the “culture war” framing altogether.

Audiences, stakeholders, trustee bodies and curators are not iconoclastic activists, enemies of the institutions and places they love. They are those institutions and places. Our collective concern must be with politicians who seek, at whim, by ministerial pronouncement, through what Umberto Eco once called “the cult of tradition”, to freeze the progress of history, to strong-arm, to smother creativity, to demonise those who want to tell new stories about our shared past.

Museums are not neutral. The built environment is constantly changing. Community values must lead curatorial decision-making. People are more important than objects. These aren’t revolutionary critiques; they are long-established professional standards in the arts, heritage and culture sectors. How to fight the culture war? By stepping away from its divisive framing – and by resisting interference in democratic, locally accountable heritage management and curatorial practice.