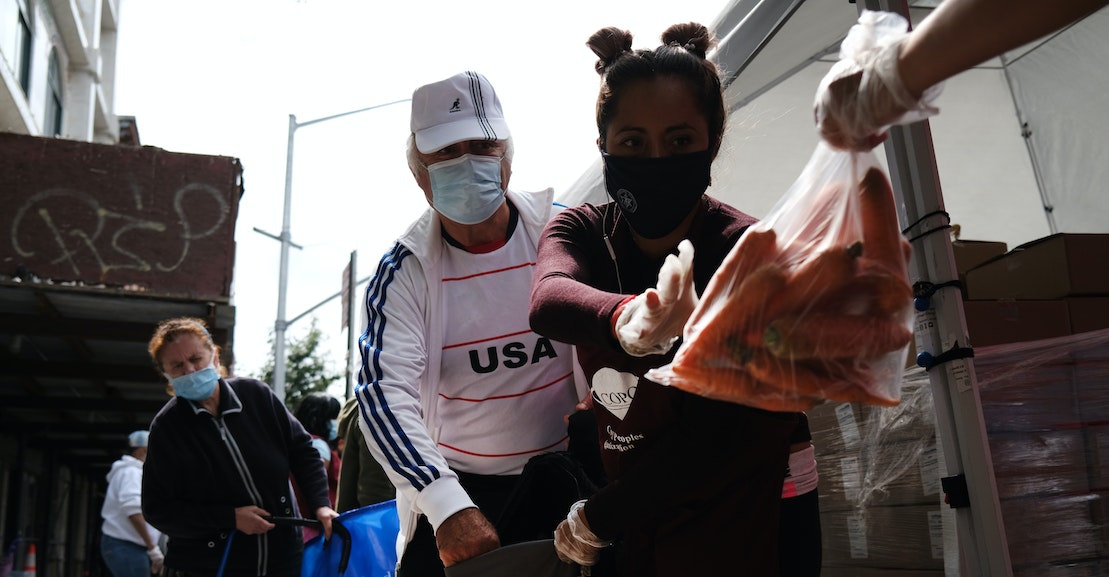 We now have new numbers to confirm what everyone who received a $1,200 stimulus check or extra unemployment benefits over the summer likely already knows: additional government money is a good thing during an economic collapse. As The New York Times reported this week, two recent studies have found that over the last few months, between six to eight million additional people officially fell below the poverty line, in the absence of renewed government aid, after several provisions in the Cares Act expired in July.

This, of course, suggests that the first stimulus worked largely as intended; as poverty researcher H. Luke Shaefer told the Times, “It wasn’t perfect, but hands down it’s the most successful thing we’ve ever done in negating hardship.” In July, for instance, 70 percent of people surveyed by the Fed said they could cover a $400 emergency expense, which was higher than the number of people who said the same even prior to the pandemic.

But it’s also the case that the official poverty numbers alone have never fully captured the scope of economic strain in this country, and that millions of people in the U.S. hover just above the poverty line or continually drift back and forth across it. (The official label for the group that doesn’t quite make the poverty cutoff is “near poor,” a distinction that I suspect is little comfort to those who might be able to pay their utilities bills one month, but know they won’t the next.) The weekly $600 unemployment supplement and no-strings checks supplied by the Cares Act didn’t just pull back people from the brink of disaster, but also demonstrated that there’s little other than political inertia that keeps the government from providing every person with the resources needed not just to clear the low bar of the poverty line, but to live a decent and dignified life.

Most of our existing measurements of poverty also raise the question of low expectation when it comes to how people live and what they deserve. If the highest aspiration of our present policy regime is to lift people out of poverty, as the refrain often goes, what kind of life does that guarantee? Shouldn’t we reach for more than whatever rests just above abject misery?

Researchers have previously criticized the way the poverty rate is calculated, which is based on a theoretical household budget from more than half a century ago that fails to take into account a number of safety net programs (and also presumes that every household comes with a housewife who, as the late economist Molly Orshansky put it, “will be a careful shopper, a skillful cook, and a good manager who will prepare all the family’s meals at home.”)