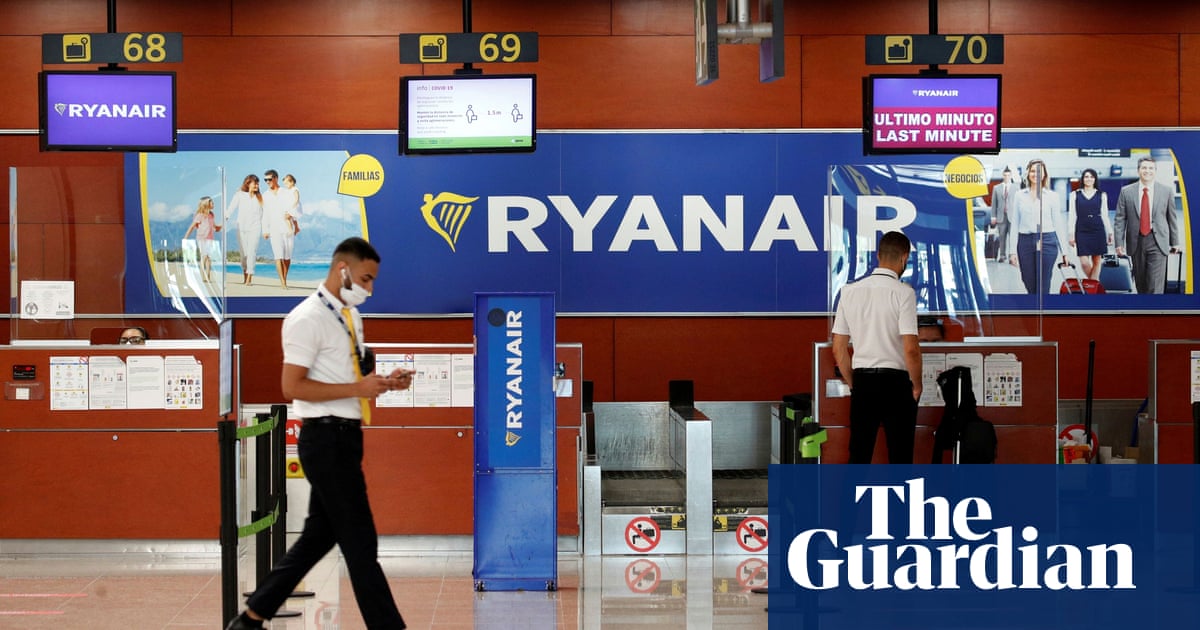 Ryanair is cutting the number of its winter flights by a third because of Covid flight restrictions across the EU and warned of further job losses as passenger numbers plummet.

The budget airline previously cut the number of flights in October down to around 40% of normal levels, but is now extending the capacity cut for the full winter season from November to March, down from the 60% previously planned. It is still hoping to keep its planes 70% full, in order to break even and “minimise cash burn.”

“There will regrettably be more redundancies at those small number of cabin crew bases, where we have still not secured agreement on working time and pay cuts, which is the only alternative,” the Ryanair chief executive, Michael O’Leary, said.

“While we deeply regret these winter schedule cuts they have been forced upon us by government mismanagement of EU air travel,” he added.

The airline said it was “inevitable” that pilots and cabin crew would also have to take more unpaid leave and participate in job sharing this winter, but said it was a better outcome than “mass job losses”.

Ryanair said it would maintain most of its winter route network, but offer fewer flights. It is already temporarily shutting bases in Cork and Shannon in Ireland and in Toulouse, France, this winter. It will now cut the number of flights from bases including Belgium, Germany, Spain, Portugal and Vienna.

The airline has also slashed its full-year traffic forecast to 38 million passengers, down from previous forecasts of 50 million. Around 149 million passengers were flown last year. Ryanair warned “this guidance could be further revised downwards if EU governments continue to mismanage air travel and impose more lockdowns this winter”.

“We continue to actively manage our cost base to be prepared for the inevitable rebound and recovery of short haul air travel in Europe once an effective Covid-19 vaccine is developed,” O’Leary said.

It comes amid news that the the quarantine period for travellers arriving in the UK could be cut to a week from 14 days under a “test and release” scheme being considered by the government’s taskforce.

The transport secretary, Grant Shapps, said the new regime would require a single coronavirus test, to be taken about a week after arrival and paid for privately.