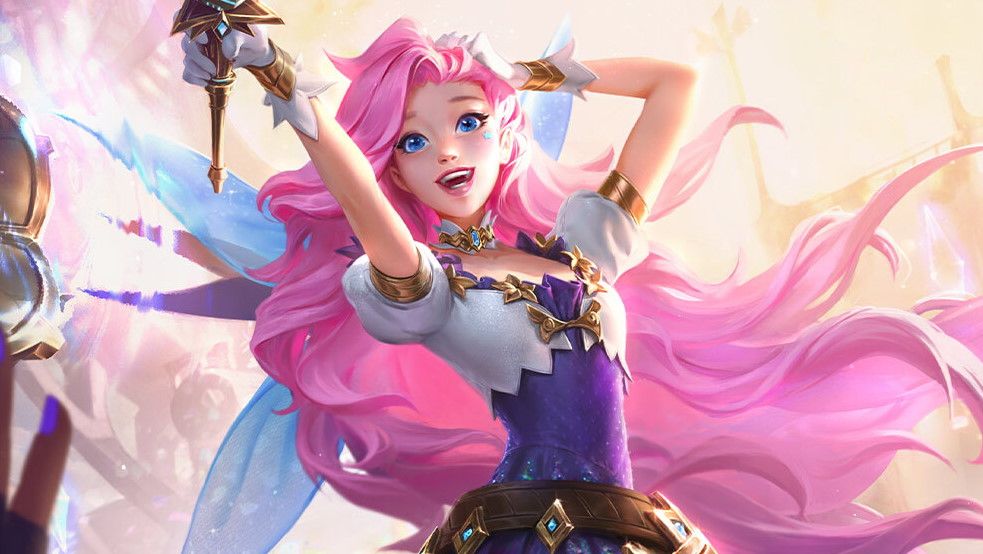 After months of social media posts about virtual influencer Seraphine, complete with teasing references to Riot’s MOBA, she was finally confirmed as the next League of Legends champion earlier this week. After all that build-up, the reaction to the announcement hasn’t been universally positive. Some players feel she’s too similar to the existing musical champion Sona, and are unhappy that her skins are locked behind a progress wall.

The long reveal began on June 26, when the Seraphine Twitter and Instagram accounts posted for the first time, sharing a simple selfie and aspirations for virtual idol grandeur. It wasn’t until August that the accounts started to get noticed by players, though, when Reddit threads and Twitter conversations began to theorize about her connection to the MOBA. Little details started to add up: She tweeted that she “liked League,” shared a photo with Annie’s Tibbers in the background, and posted a cover of the virtual band K/DA’s song “POP/STARS” to her Soundcloud.

“We launched her account with absolutely no promotion on any of our channels, and it lingered for a good couple months until speculation started brewing about her potential tie to League,” Patrick Morales, creative lead on Seraphine’s social media, told PC Gamer. “From there, players started to catch on and on until it led to where we are today.”

🌟 Seraphine, the Starry-Eyed Songstress 🌟Runeterra’s premier idol is taking the stage with her magical auditory synesthesia. Captivate your enemies and sing along with your allies with this pink-haired dreamer.Learn more about her abilities: https://t.co/eaX5jDoAMx pic.twitter.com/cCeBGNwRSIOctober 12, 2020

Fans seemed to be genuinely excited about Seraphine until her abilities were revealed in a leaked video. Her kit focuses on sound, with every third ability gaining a second cast and new effect. As a support mage, she shields, charms, and deals damage while hovering on her podium. Players immediately started comparing her to Sona, one of the game’s oldest champions, who also has a three proc passive, shield, and a musical persona.

“Music is a huge theme, and we could probably make another champ with a music theme and it could still feel different from both Sona and Sera,” Mireles wrote. “For Sona she is hitting the music aura theme. She is playing music and its effecting the allies around her. For Sera we went with a more rhythmic music theme, where you are casting spells and every 4th spell echos, kind of like how music is made on 4s.”

Despite that, some players continue to believe that Seraphine comes off as more of a visually upgraded version of Sona than an entirely new champion. Memes mocking the connection quickly spread on Twitter and Reddit, with fans unamused by what they saw as a rework to a classic, yet outdated, champion. Her hoverboard, animations, and design were ripped apart by fervent redditors who just didn’t relate with the champion’s Piltover identity. Even her lore came into question, with some players finding it odd that she uses the soul of one of Skarner’s brethren in a brackern crystal to amplify her power and captivate the people of Piltover with her performances.

What do you think of the Seraphine and her ultimate skin? pic.twitter.com/gaEDCMjPaVOctober 13, 2020

Seraphine’s designers say she serves an entirely different purpose to Sona. According to technical game designer Jeevun Sidhu, “[her] supportive aspects are powerful but very infrequent. She has only one ability that buffs her allies compared to the three that Sona has and it’s cast more infrequently compared to other ally-buffing abilities like Karma’s.”

Most of Seraphine’s damage and crowd control ability is tied to her skillshots High Note and Beat Drop. Surround Sound, her shield and heal ability, helps with utility without completely crippling her damage output. “One of the primary elements of a support is that they usually have less-than-ideal waveclear of minions, but Seraphine is able to clear through them as a traditional mid-lane mage would,” Sidhu said.

But Seraphine’s similarity to Sona isn’t the only problem players have with the champion. Criticism is also being levied at the expensive skin she’s releasing with. Seraphine is receiving an “All Out” Ultimate tier skin that comes with three different forms that first have to be unlocked by completing missions. The skin costs 3,250 RP, which is over $20, and the forms can only be switched out before the start of the game. Riot Games had to release an explainer so fans could understand what exactly they were buying.

No skin in the history of League of Legends has had multiple forms locked behind a series of missions. Chromas, or alternative colors, have required missions or event currency to be unlocked but these didn’t affect the model of the champion. Other Ultimate skins, like DJ Sona, Elementalist Lux, and Gun Goddess Miss Fortune, do come with multiple forms but they can all be augmented in-game through menus or progress in a match.

The “All Out” skin is tied to the revival of Riot Games’ virtual band K/DA, consisting of League Champions Ahri, Evelynn, Akali and Kai’Sa. First revealed at the 2018 League of Legends World Championship in Seoul in 2018, their single Pop/Stars has amassed over 380 million views since it premiered. Riot Games didn’t know how successful the group would be, but after the overwhelmingly positive reaction to Pop/Stars, the company wanted to do something big for its return this year.

“When we first heard that Seraphine was a music-themed champion set to launch within relative proximity of the return of K/DA, we explored the ways in which those threads could potentially merge in a unique and unprecedented way,” Morales said.

This time around, Riot Games is going all-in on K/DA, with tie-in events in autobattler Teamfight Tactics and card game Legends of Runeterra, plus merchandise like statues and jackets, a performance planned for the World Champion stage, and new skins for all the members of the group. Given all that, it’s a little ironic the addition of a fifth member to the group has struck such a sour note for some players.

If you’d like to find out for yourself whether Seraphine really feels like Sona 2.0, she’s playable now on the PBE testing realm.