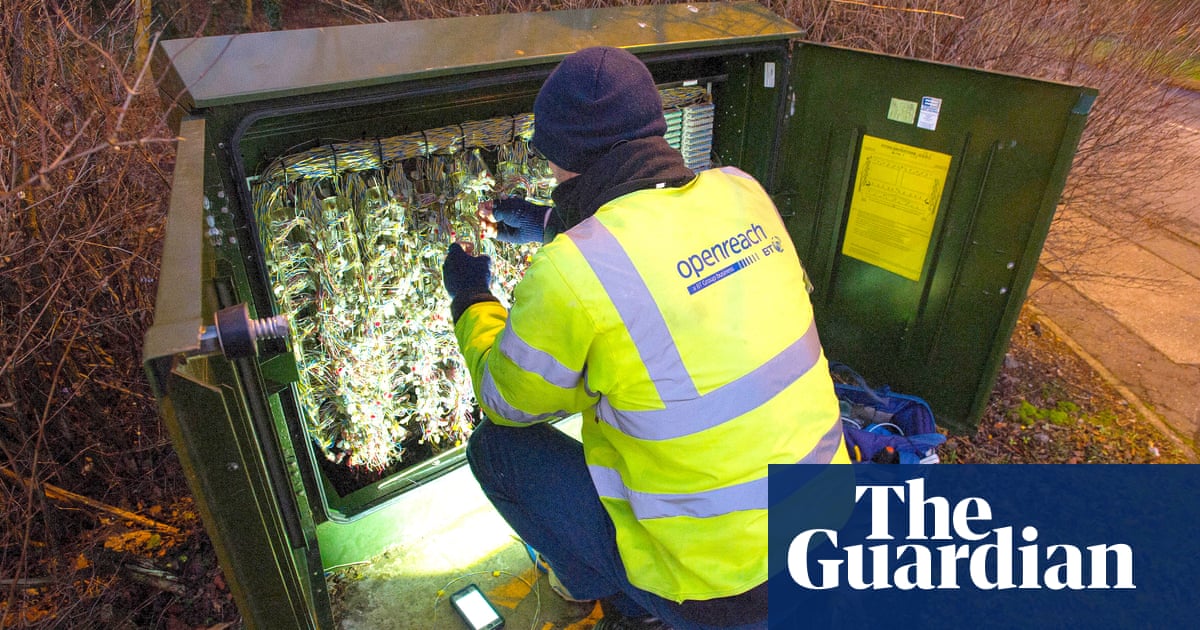 The telecoms regulator Ofcom has launched an investigation into BT potentially overcharging consumers living in remote areas who want install or upgrade their broadband, after reports of people receiving quotes as high as £100,000.

BT, the owner of Openreach, which runs most of the UK’s broadband network, has a legal obligation to provide all homes and businesses with a decent broadband connection if they request it.

Under government legislation, BT must offer a broadband connection of at least 10Mbps, which is deemed to be the minimum for modern internet requirements such as watching Netflix or playing Fortnite and other online games. BT must bear the cost, up to a maximum of £3,400.

However, where premises are located in extremely rural areas, such as the Scottish Highlands, the cost can far exceed this. In such cases BT will still connect a property with broadband if the consumer is willing to pay the excess amount assessed by the company.

The Guardian has highlighted a number of cases of BT demanding huge connection charges. In one, a customer in High Peak, Cheshire, was quoted £100,000 to upgrade in a one-line email from BT. Another, in Woodbridge, Suffolk, was quoted £70,000 to connect to 10Mbps broadband. One customer, near Okehampton, Devon, who was also quoted £70,000, asked for a breakdown of costs and was told that no more information could be provided.

Ofcom estimates there are about 189,000 “forgotten homes” across the UK that do not have access to the basic 10Mbps service.

“The broadband universal service is a vital safety net that gives everyone the right to request a decent broadband connection,” said a spokesman for the regulator. “And while properties in very remote locations will clearly be more expensive to connect, we’re concerned about how BT is calculating some of the quotes for people making connection requests – particularly where those costs could be split across a number of homes in an area.”

Ofcom is understood to have held talks with BT about the way the company has been calculating the quotes, but that no revision to its system has taken place.

“We are concerned that BT may not be complying with the regulatory conditions correctly where it assesses excess costs for a given connection,” said Ofcom. “This could result in some customers’ quote for a connection being higher than necessary.”

BT said it “strongly disagrees” with Ofcom’s assessment that it is failing to fairly fulfil its commitment to get broadband to all UK households, known as its universal service obligation (USO).

“We are obliged to send USO quotes to customers when they request them and appreciate that for the most remote properties some of these can be unaffordable,” said a spokesman for BT. “For some communities, even if they share the costs, the price will remain out of reach.”

BT said there needs to be a new strategy to allow engineers to get broadband to the 0.5% of UK households that will remain prohibitively expensive to reach by traditional means.

“We need a new plan for the hardest to reach,” said the spokesman. “Options could include alternative technologies, such as satellite, as well as clarity on the government’s £5bn funding pledge for rural fibre.”