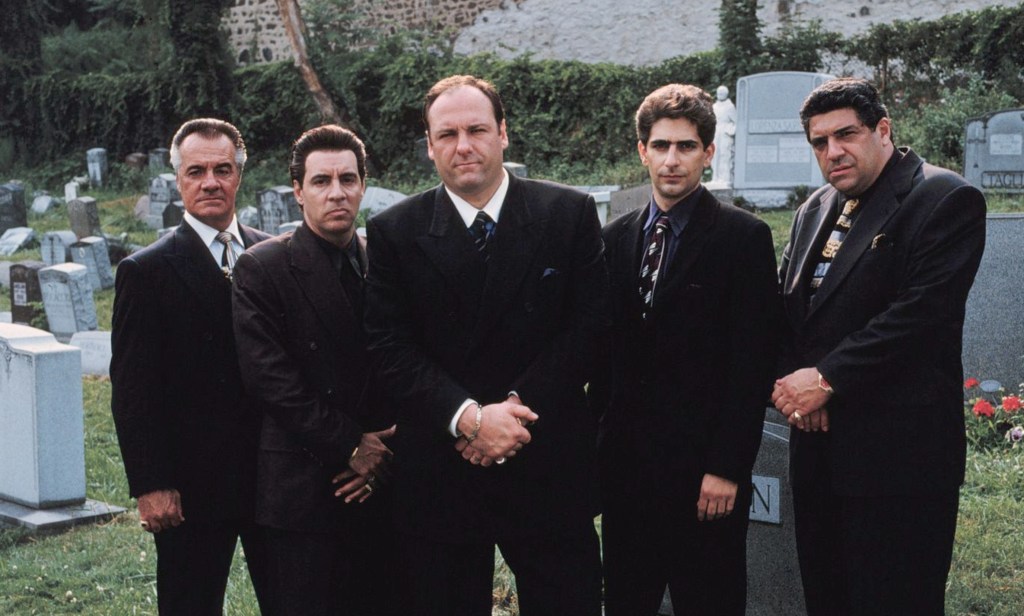 Donald Trump only comes up twice on The Sopranos. You’d think it would be more, considering Trump Tower is less than 20 miles from the real-life Bada Bing strip club, but nope, just the two times. In the first mention, Ira Fried, the “prick doctor,” says, “Eat my dust, Donald Trump” while running a housing scam. The second doesn’t happen until the series finale, when A.J. tells Tony that his goal in life is “work for Trump or somebody, be their personal pilot.” No one in 1999, when The Sopranos premiered on HBO, could have predicted that The Apprentice guy (it’s weird to think about The Apprentice and The Sopranos being on at the same time) would one day become president. But let’s say the show was still on: would Tony Soprano and the rest of his crew vote for Trump?

Michael Imperioli, who somehow only won one Emmy for playing Christopher Moltisanti, has recently taken to inserting pro-Joe Biden messages into The Sopranos. “Trump stopped by the Bing one night. We gave him VIP treatment, everything on the house and he didn’t tip anyone! Zero! Stiffed the whole staff… even Peppino the bathroom attendant. Unforgivable. VOTE BIDEN,” he wrote in one. And another: “VOTE BIDEN: Joe Biden was a long time customer at Satriale’s and yes, he loves his Gabagool. You got to live him for that.” When asked by Vanity Fair how he sees the election playing out, Imperioli said that the “the Soprano crew” would vote for Biden, while “most of the New York crew is not for Biden. They’re for Trump.” As far as I’m concerned, that’s canon. No self-respecting Green Day fan would vote for Trump — it’s not very punk.

Sopranos creator David Chase likely agrees with Imperioli, based on prior comments:

“He would think [Trump] was full of shit. Whether he thought he was a good president or not,” Chase said. “I don’t know that Tony thought much about that question at all, with anybody who was in office. But I know Tony would have thought Trump was penny ante, in terms of his lying and presentation.”

The next time you think about including Tony in this meme…