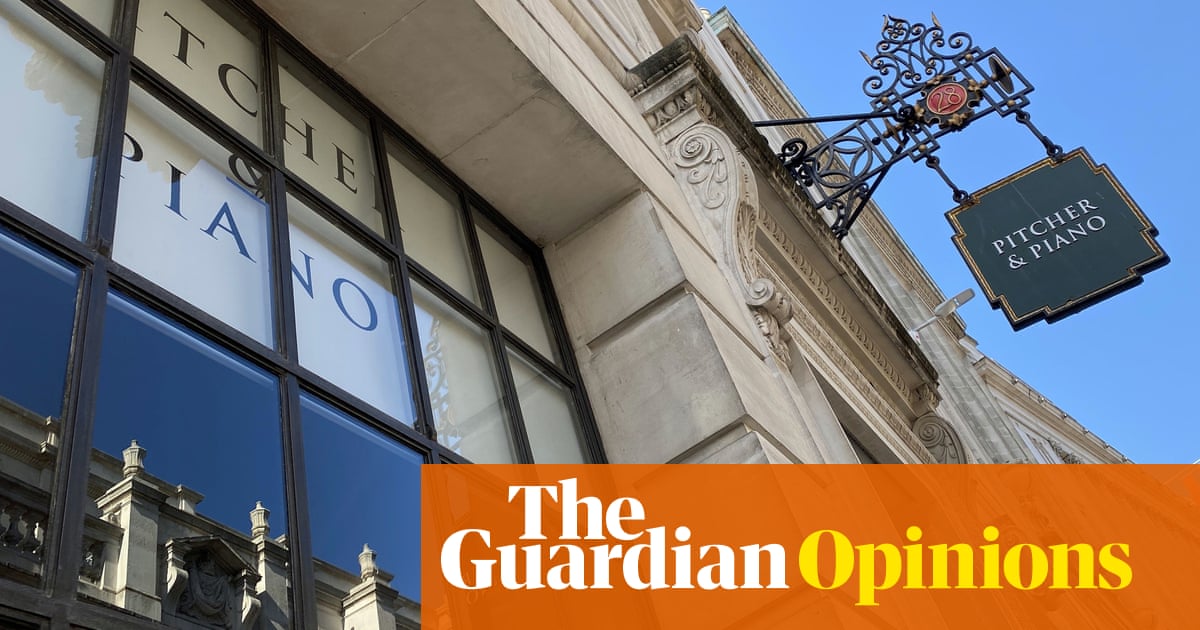 This is what outperformance, relatively speaking, looks like in the pub world. Marston’s says turnover will be down 30% in a financial year that closed a couple of weeks ago. Even during the reopening months of July, August and September, trade was 10% below a year ago. Now 2,150 staff, about 15% of the total, won’t be brought back from furlough as the new Covid restrictions bite.

The outlook, in other words, is poor. The point, though, is that life will be properly bleak further down the pub ladder. Industry data shows that Marston’s 10% post-reopening decline was 7% better than average. The company thanks its overweight presence in suburbs, as opposed to city centres.

Marston’s itself looks an easy survivor. A balance sheet showing net debt of £1.33bn is over-leveraged, but less so than some peers’. Borrowings actually fell by £70m last year, albeit the flows were helped by pub disposals, VAT and duty deferrals and furlough support. The freehold estate won’t be worth the £2.2bn at which it was valued in 2018, but borrowings should still be comfortably backed by assets.

The share price has been hammered by uncertainty – Marston’s stock market value is now just £290m – but there is no sign of financial crisis. There is £230m of cash to arrive from the merger of the beer company with Carlsberg in the UK – a joint venture in which Marston’s will have a 40% stake. It can afford to let an extra £70m borrowing facility agreed in May lapse unused next month.

But tier 2 restrictions are the worst for the pubs business. As UK Hospitality, the trade body, puts it, they are “a no man’s land” where the doors remain open but custom is hit and operators don’t get the job support available in tier 3.

Marston’s will cope, but a 15% cut in staff at a national and stable operator is significant. It points to the speed of redundancies sweeping through the sector. If Rishi Sunak, the chancellor, is minded to offer tier 2 job support, now is the moment.

Pubs regulator’s credibility will be on the line

Elsewhere in pub-land, there was a sight some thought they’d never see: the pub code adjudicator (PCA) issuing a fine to a big brewer. Heineken was hit for £2m for allegedly “seriously and repeatedly” breaching rules designed to protect the rights of pub landlords, the misleading term for people who in this instance are really tenants.

Heineken was found to have imposed unfair conditions on individuals who sought to free themselves from contracts that require a certain amount of beer to be bought from the pub-owning company, or pubco. The right to go “free of tie” was enshrined in 2016 legislation and, in exchange, the pub operator must give up a discounted rent and pay a “market” rent to the pubco.

The definition of a market rent has been one running sore. So, too, the precise detail of how free a free-of-tie operator is to shop around for stock. Tenants have complained of being outmuscled by lawyers and accused the PCA of failing to protect them. For their part, pubcos have grumbled about inadequate guidance from the adjudicator.

Fiona Dickie, who heads the PCA, has clearly been stung by the criticism. “My message is that if anyone previously had any doubts about my resolution to act when I find breaches, they can have no doubt now,” she declared.

In that case, she’d better win in the high court, which is where Heineken intends to appeal against the ruling. The credibility of the PCA is now firmly on the line.

AO World owes so much to Covid

You’ve done well if you bought Ocado shares for the pandemic. You’ve done even better if your online retailing pick was AO World, the formerly disappointing Bolton-based supplier of fridges, freezers and TVs. The share price was 50p in late March but is now 302p, up 30% on Thursday with news of a 57% rise in first-half revenues plus confidence that the German operation will soon make profits.

There’s still a long way to go before AO’s new and ambitious “all employee” incentive scheme reaches first base at 520p. The serious money starts at 941p, and the targets go all the way to £12, at which point the bonanza to be shared among employees, who currently number about 3,000, would be £240m.

But it’s a five-year scheme, so there’s time. And, remember, many people thought AO would never regain its 2014 float price of 285p. That has now happened. Suddenly the founder and chief executive John Roberts’ talk about how Covid has accelerated the company’s prospects by years no longer seems quite so dreamy.