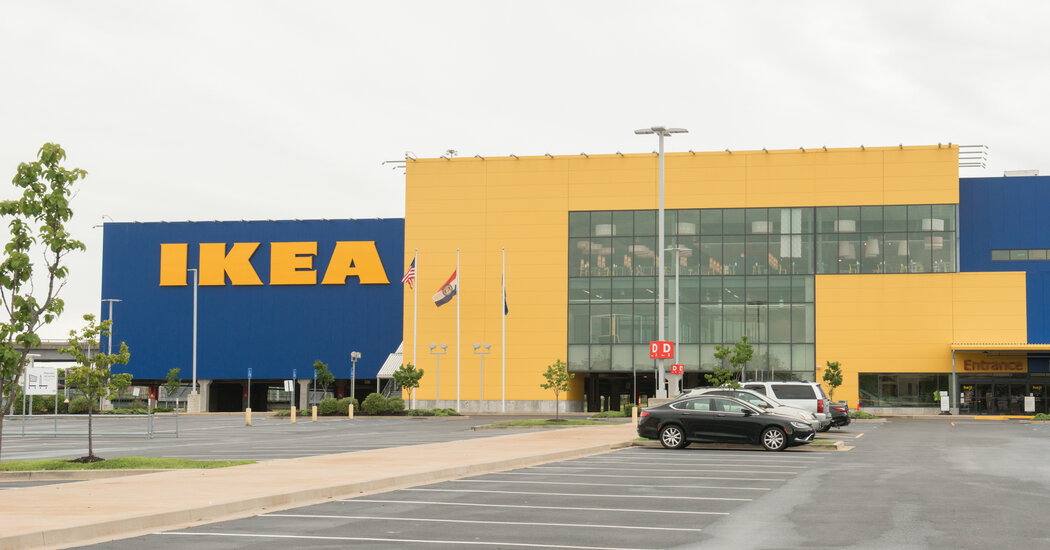 LONDON — Moving up in the world or at least moving homes, customers have for generations faced an awkward question: What do you do with old Ikea furniture, so carefully assembled but so ready to be replaced?

Ikea, the Swedish retailer with a reputation for bargain furniture, if not durable furniture, offered a solution this week. It announced that next month it will begin a global buyback program of unwanted Ikea furniture to encourage customers to take a stand against excessive consumption.

The program, called “Buy Back,” will begin in Britain on Nov. 24, just ahead of Black Friday, an Ikea spokeswoman said on Wednesday. The program will also run in 26 other countries, including Australia, Canada, France, Germany, Italy, Japan and Russia. The initiative has no end date in Britain or Ireland.

Although Ikea has various buyback programs running at stores in many countries, the company said November’s event would be the first time 27 countries have scaled this service together.

“By making sustainable living more simple and accessible, Ikea hopes that the initiative will help its customers take a stand against excessive consumption this Black Friday and in the years to come,” the company said in a news release.

Noticeably absent from the list of participating countries was the United States. Ikea did not immediately say why the program would not be implemented there.

“It is a country decision, and Ikea Retail U.S. will not participate in the buyback program,” the spokeswoman said. “The U.S. is currently exploring ways to bring Buy Back to the country in the future.”

She added, “This year, they will use the traditional Black Friday to focus on other sustainability initiatives and to promote sustainable living among their customers.”

Customers selling back furniture will receive an Ikea refund card, with no expiration date, the news release said.

The condition of the item sold back to Ikea will determine the value.

Any item that can’t be resold will be recycled or donated to local community projects, the company said.

While the program has ignited interest among Ikea lovers, not all of the company’s furniture products will be eligible for it. Among the items the program will accept are dressers, bookcases and shelf units, small tables, cabinets, dining tables and desks, chairs and stools without upholstery, and chests of drawers.

The initiative stands in contrast to an aggressive marketing campaign that Ikea used in the early 2000s, encouraging consumers to replace items more frequently and earning the company some scorn for selling “disposable furniture.” In one ad from 2002, somber piano music plays as a woman takes an old lamp out to the trash in the pouring rain.

“Many of you feel bad for this lamp,” a man suddenly says in a Swedish accent. “That is because you’re crazy. It has no feelings, and the new one is much better.”

Almost 20 years later, the company has embraced sustainability, which Peter Jelkeby, the country retail manager for Ikea UK and Ireland, called “the defining issue of our time.” The company, he said, “is committed to being part of the solution to promote sustainable consumption and combat climate change.”

Hege Saebjornsen, country sustainability manager for Ikea UK and Ireland, said “being circular” was a good business opportunity as well as a responsibility, adding that the climate crisis requires everyone to radically rethink their consumption habits.

The company, which was founded by the Swedish entrepreneur Ingvar Kamprad in 1943 and has expanded to locations in more than 40 countries, also plans to become “climate positive” by 2030, saying it will drastically reduce its greenhouse gas emissions and store carbon in land, plants and products.

Ikea’s leadership has directly linked some of its stores’ challenges to climate change. In January at the World Economic Forum in Davos, Switzerland, Jesper Brodin, the chief executive of Ikea, said his company was already feeling its impact after severe flooding in the United States, where stores were temporarily closed, and in Australia, where fires had disrupted business.