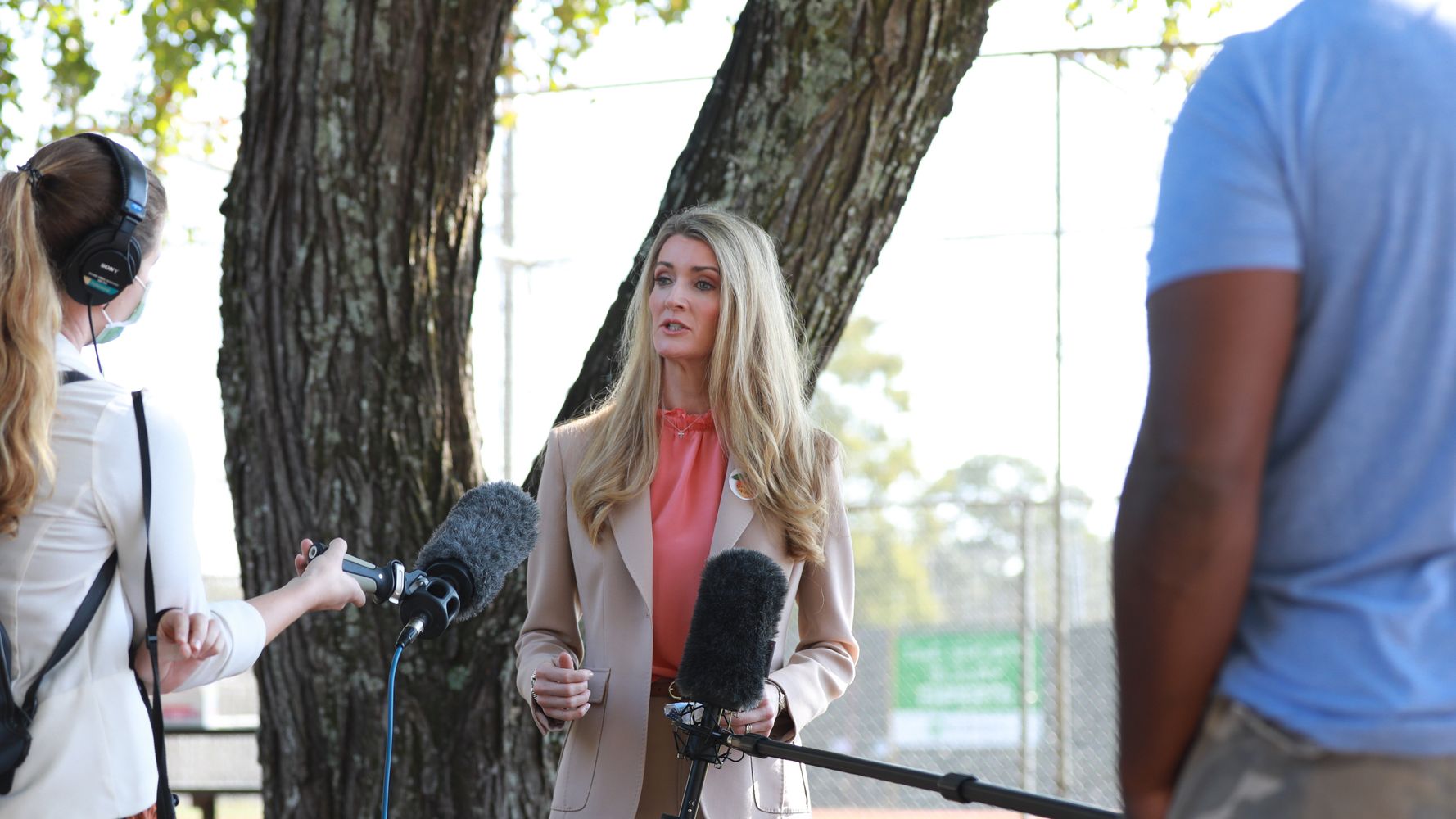 Sen. Kelly Loeffler (R-Ga.) accepted the endorsement of Marjorie Taylor Greene, an extreme Republican congressional candidate who has embraced the QAnon conspiracy movement, which is growing increasingly popular on the right.

The senator touted the endorsement at an event with Greene on Thursday, defending Greene by saying “no one in Georgia cares about this QAnon business.”

“I’m not going to stand for an attack on her character, because she has stood for American values,” Loeffler said, according to the Atlanta Journal-Constitution.

🚨🚨 NEW ENDORSEMENT 🚨🚨@mtgreenee has officially endorsed our campaign! I’m so proud to have this strong, conservative fighter on Team Kelly! #gasen #gapol pic.twitter.com/N0qC2x5Yhj

Greene, who will almost certainly win her race in Georgia’s deep-red 14th Congressional District, has “suggested that President Barack Obama is Muslim, called Jewish billionaire and liberal philanthropist George Soros a Nazi, and questioned whether a plane really crashed into the Pentagon on 9/11,” according to CNN. Greene also posted racist and xenophobic videos on social media.

Loeffler, a business executive was appointed to her seat earlier this year, is locked in a heated race for Republican votes with Rep. Doug Collins (R-Ga.). (Georgia has a “jungle primary” system in which all candidates appear on the same ballot regardless of party.) Her campaign likely views Greene’s support as a way to consolidate right-wing voters, who have increasingly warmed to QAnon conspiracy theories, which have proliferated under President Donald Trump.

Greene is one of at least two dozen GOP congressional candidates — including the Republican Senate nominees in Oregon and Delaware — who have expressed support for QAnon’s fringe theories.

“There’s apparently no limit to how hard Senator Kelly Loeffler will pander to save her campaign — including embracing support from bigots and far-right militia members,” Alex Floyd, a spokesman for the Democratic Party of Georgia, said in a statement.

“Instead of trafficking in division and proudly standing alongside those that spout dangerous rhetoric like Marjorie Taylor Greene, we’re focused on being a voice for all Georgians,” Warnock told HuffPost.

We want to know what you’re hearing on the ground from the candidates. If you get any interesting — or suspicious! — campaign mailers, robocalls or hear anything else you think we should know about, email us at scoops@huffpost.com.