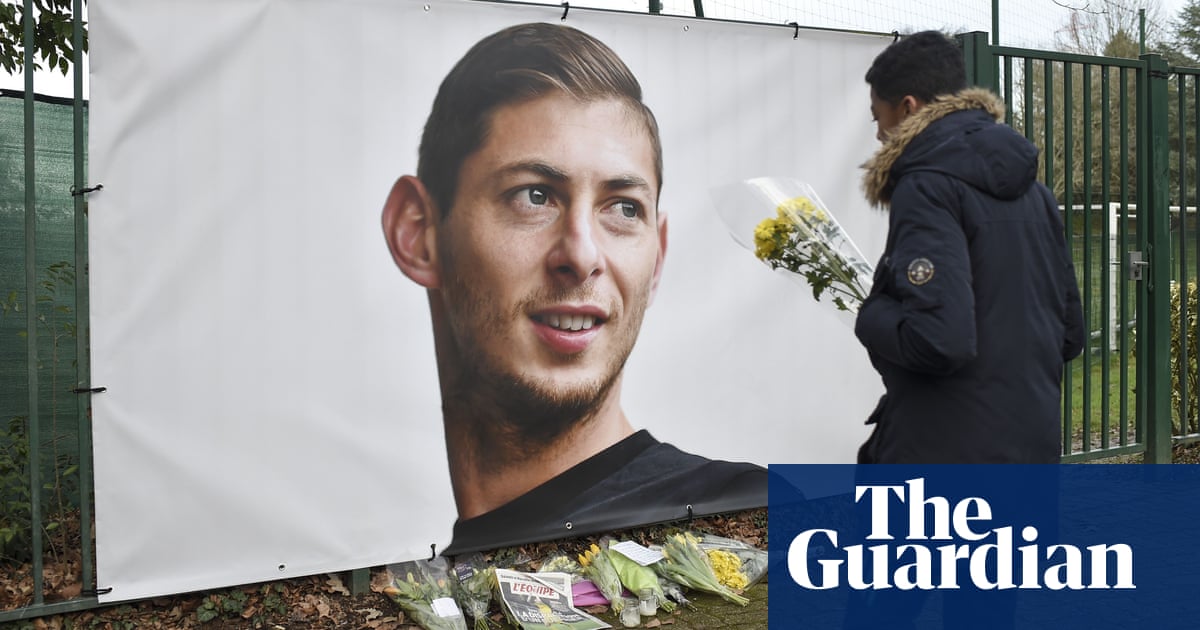 A British pilot is to be prosecuted in connection with the plane crash in which the Argentinian professional footballer Emiliano Sala died.

The Civil Aviation Authority (CAA) revealed on Thursday it had charged David Henderson, 66, with two offences relating to the accident over the Channel last year.

Striker Sala, 28, was being flown from Nantes in France to his new club, Cardiff City, on 21 January 2019 when the light aircraft being piloted by David Ibbotson, 59, from Lincolnshire, plunged into the sea near Guernsey. Sala’s body was recovered from the seabed 68 metres down but Ibbotson’s body has not been found.

The CAA said it has charged Henderson, who allegedly arranged the flight, with two offences under the Air Navigation Order (2016).

Richard Stephenson, the CAA communications director, said: “The UK Civil Aviation Authority has commenced a prosecution of David Henderson for offences associated with the fatal light aircraft accident over the English Channel in January 2019.”

Henderson, who is from north-east England, is due to appear at Cardiff crown court on 26 October.

The prosecution means a full inquest is not expected to take place until 2022.

During a pre-inquest review on the case in Bournemouth, Keith Morton QC, representing the CAA, said: “On 9 September 2020, the CAA issued two summonses against David Henderson for offences under the Air Navigation Order.

Dorset coroner Rachael Griffin said it would be in the “interest of justice” not to go ahead with the inquest until criminal proceedings against Henderson had ended.

Matthew Reeve, representing Sala’s family, said they opposed the delay. He said: “There is a significant public interest to this inquest and delays should be avoided in the interest of public safety.

“There has already been a delay of two years and it is the wish of the family that this inquest hearing go on as planned. One does not have to imagine the impact on the family of further delay.”

He said: “His mother remains desperate to know the full truth about how this could have been allowed to happen, and urges the CAA to proceed with its criminal prosecution as swiftly as possible, so an inquest can be held to establish this, and that similar deaths are prevented.”

A report on the crash by the Air Accidents Investigation Branch found that neither Ibbotson nor the plane were licensed for the flight to operate commercially, but evidence showed he was to be paid a fee.

The inquest hearing was watched on video link by Ibbotson’s wife, Nora, with legal representatives for Cardiff City and the CAA in attendance. The inquest was adjourned until 15 December.