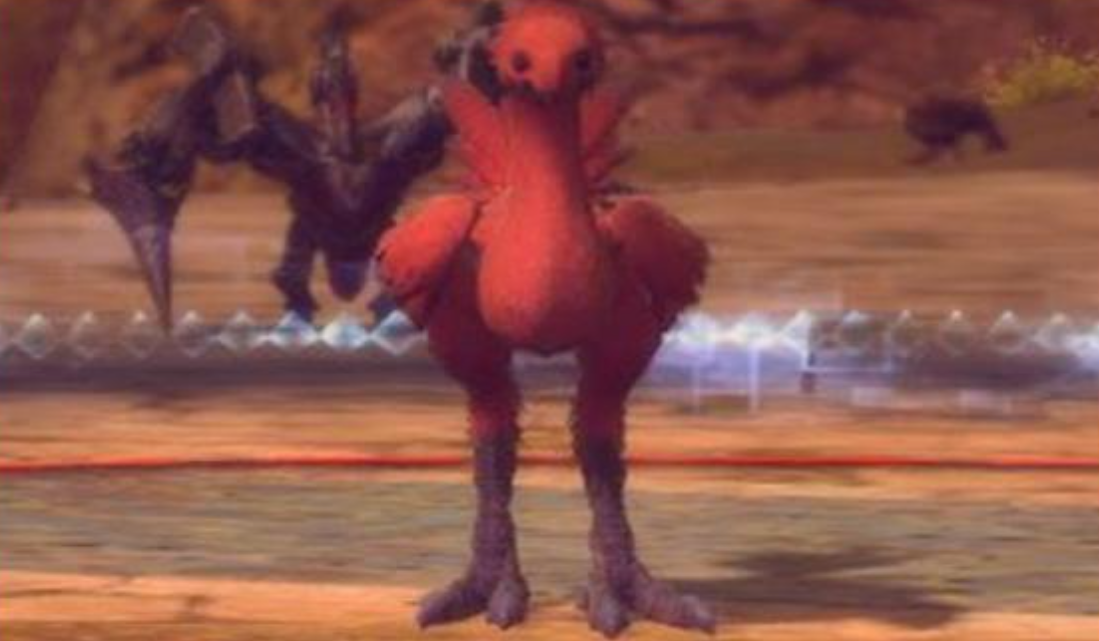 Chocobos have been in Final Fantasy 14 for years. They’re mounts that can also join you in combat. They’re cute. They go “Kweh!” It’s hard not to love a chocobo.

The red chocobo is different. Scroll through the Final Fantasy 14 subreddit and every few posts you’ll find a meme about how scary the red chocobo is, thanks to a recent patch that adds a new area, the Bozjan Southern Front, where red chocobos can spawn. They are absolutely murdering people.

Final Fantasy 14 patch 5.35 released on Monday, but it took a day or two for word of the murderous chocobo to really spread. It’s not actually just any old red chocobo; there’s a specific enemy players are scared of. Patch 5.35 adds a new system called “critical engagements” that let players queue up for battles where they fight on behalf of the Bozjan Resistance. Some of those battles are pitting players against a new chocobo named Red Comet.

These fights can have dozens of players in them, which is apparently no problem for the Red Comet. It’s a monster.

After getting wiped by the Red Comet—which, appropriately, summons red meteors to blast a huge swath of the battlefield—players started posting about how vicious it was.

This is what you need to know. pic.twitter.com/hSKe3LAQDfOctober 14, 2020

There are no words to describe the carnage that transpired once we engaged this bird. EVERYONE died. It was horrible. Bodies were scattered everywhere. Res achievements were received. I’m still not entirely sure what happened but it was BAD pic.twitter.com/O1dmv4h7IUOctober 13, 2020

And then the memes started. I love them. I think it’s the Red Comet’s face that really does it for me. Does that really look like the face of a murderer?

Getting mixed signals… from r/ffxiv

I’d like to thank my chocobos for their hard work. from r/ffxiv

My favorite part about this is that it’s a long-running joke in the Final Fantasy series. Chocobos are rarely a big threat—usually they’re the stars of minigames or are easily tamed in battle—but Red Chocobos have a history of being bastards. In one particularly infamous battle in Final Fantasy Tactics, a bunch of red chocobos cast meteor on your party over and over. It’s unrelenting.

If I had to guess, the Red Comet will not be nerfed. Players are just going to have to learn how to avoid its meteors or accept its fiery embrace.