A new prototype for the all-electric VW ID.5 has been snapped by our spy photographers during tests at the Nurburgring.

It’s worth mentioning right off the bat that the name of this new model remains unconfirmed. We know that it is a Coupe version of the Volkswagen ID.4 and as such, it could be called the ID.4 Coupe, ID.4 GTX, ID.5, or another name entirely.

Up front, the prototype mimics other ID.4 models recently spied during testing thanks to its Kia-esque faux ‘tiger nose’ grille. Elsewhere, it features a set of silver and black wheels that appear to feature some sort of sensors in place of the standard center caps. The most notable differences between this prototype and the recently-unveiled ID.4 come at the rear. 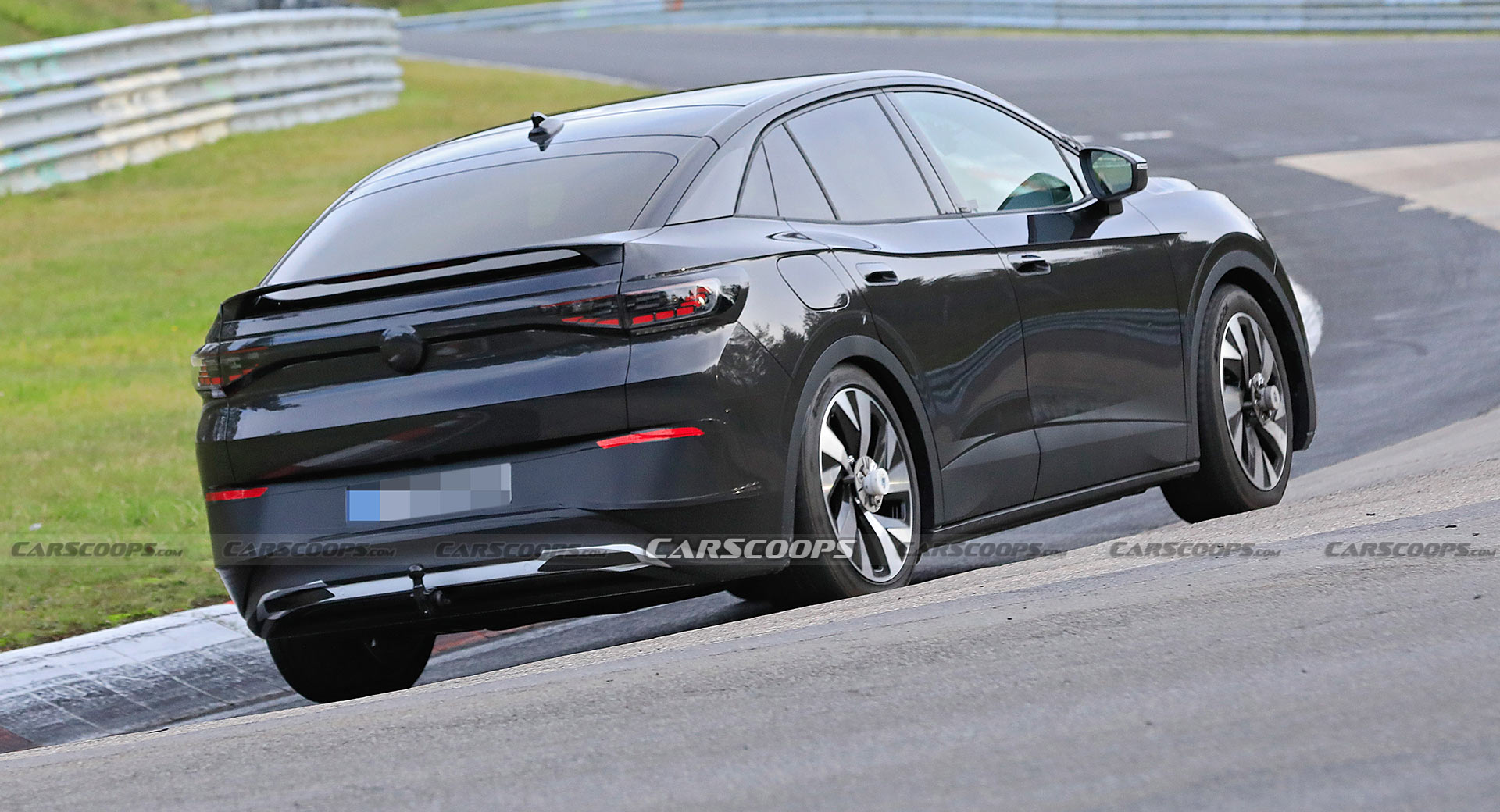 As this is a ‘Coupe’ variant, the roofline is slightly lower and tapers down to a steeply raked rear window and a small rear decklid. The prototype also features a little spoiler on the decklid.

It seems inevitable that the VW ID.5 will be sold with exactly the same powertrain as the regular ID.4. That means it will feature a single electric motor driving the rear wheels with 201 hp and 228 lb-ft (309 Nm) of torque. Providing this motor with its power will be an 82 kWh battery pack that offers up an EPA-estimated range of 250 miles (402 km) in the ID.4 but perhaps slightly more in the more aerodynamic Coupe variant. A dual-motor variant with all-wheel drive and 302 hp should launch at a later date.