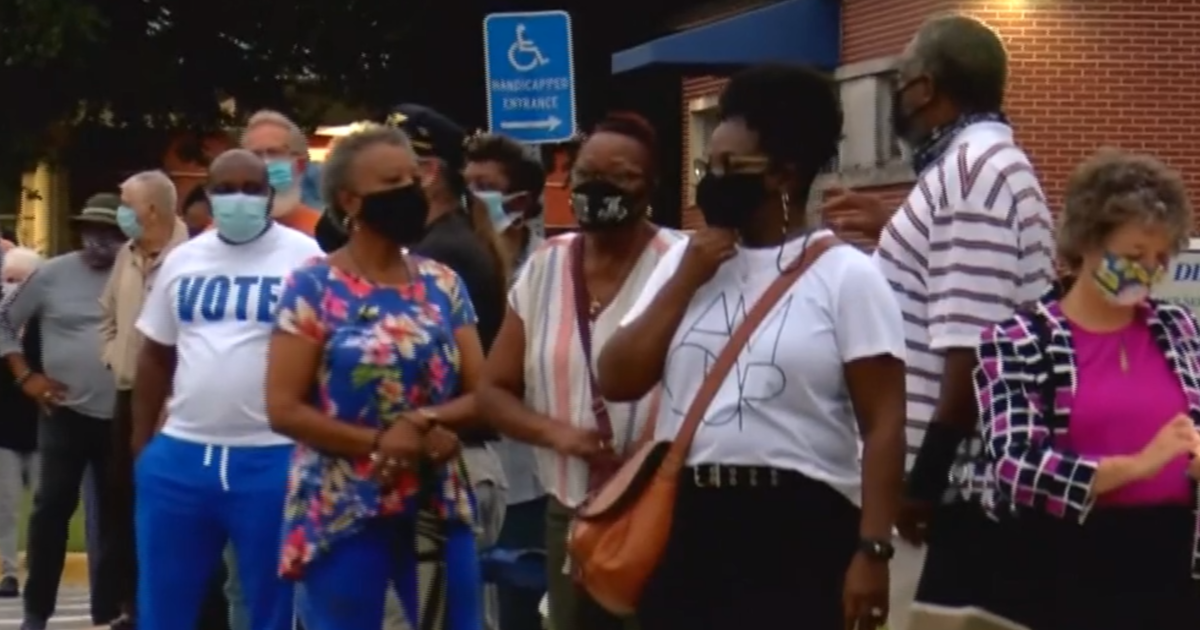 The election is still 20 days away, but early voting records are already being broken. Voters lined up Wednesday to cast their ballots in Texas, Virginia, Georgia and Tennessee. They’re among the 22 states where early voting is now underway.

Among those in line at a suburban location in Virginia were some women who are fed up with President Trump.

“I don’t like the way Trump acts, you know he’s always pumping his fist,” said Colleen Mahoney, a Virginia voter. “And the pandemic, he hasn’t done what he should have done. He stayed in a couple days, and bullied his way out of the hospital.”

Currently, Democratic presidential nominee Joe Biden leads the president nationwide by 18 points among women with college degrees. That’s 11 points better than Hillary Clinton did with them four years ago.

The Biden campaign is seeking out women voters with ads like one starring a Wisconsin mother concerned about the coronavirus pandemic. Polls show Democrats are more likely than Republicans to vote early.

Dana Cogar took the whole day off from work just in case the lines were too long. “I felt anxious to get my vote in. I think the lines are going to be maybe even worse on November 3,” she said.