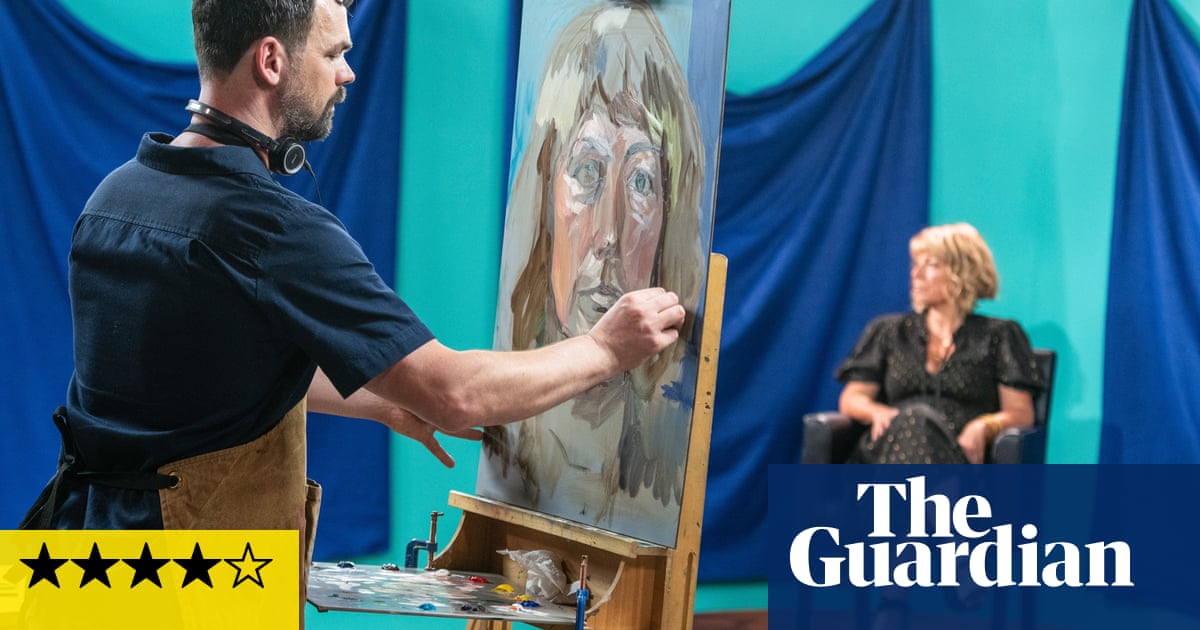 The always lovely Portrait Artist of the Year is back for a seventh series, and it continues to be such a welcome addition to the schedules that I hope it returns for many more years to come. Stephen Mangan hosts what is in essence the Great British Paint Off, and while I believe there is some kind of saying about the levels of excitement involved in watching paint dry, this is gripping from initial sketch to finished product.

Each week, a mix of amateur and professional artists produce, within four hours, portraits of three famous or well-known sitters, using a pleasing variety of techniques and approaches. Some are flamboyant, some are precise. Some do the squinty perspective thing with their fingers. Some use both hands at once. It is essentially that Bake Off showstopper challenge where they had to commemorate their heroes with cake busts, only with paint, talent and more dignity. In this opening episode, the sitters are Ncuti Gatwa (Eric in Sex Education), Cold Feet’s Fay Ripley and Lady Glenconner, a former lady-in-waiting to Princess Margaret. Each gets to choose their favourite portrait at the end, then the judges choose their favourite three portraits, and then an overall winner emerges from those favourites and is put through to the next round.

Praise is lavish and plentiful. There are 15 minutes at the end dedicated to discussing how brilliant and talented and original everyone is, and the contestants deserve it. Putting amateurs in the running, along with people who make a living from art – at least, they do for now, until the government packs them off for retraining and turns them into boxers – means that along with an inbuilt high standard, there is an element of rooting for the underdog, too. Often, the “professional” spinoffs of shows such as Bake Off or MasterChef bring a more cut-throat and vicious spirit of both competition and judging, but this is so far from it that it’s practically an hour-long cuddle.

The heats are usually put together with a great eye for balance, and the subjects all have their own individual approach to sitting still and being studied. Gatwa is more pensive, styled in a black velvet suit, wearing a neon green durag, because he forgot to brush his hair. He is regal in front of red satin and ermine, but largely silent; his three artists capture his stillness. Lady Glenconner, serene in pastels against dark green velvet, finds an ally in one painter in particular, Tom, and the pair talk throughout the challenge. Ripley, against blue cotton, is the chattiest, requesting that, if possible, could they not make her look like her father in a dress? “How do you want me?” she asks, and without missing a beat, adds: “I’ve said that before.”

The show is as funny as it is high-minded. It should tick the boxes for art aficionados and amateurs alike. Jack, who keeps his brushes tucked in his ample beard, got into the competition with a grand self-portrait in the style of the old masters, which the judges said brought to mind John the Baptist; he later describes it as “a catfish Tinder pic version of myself”. This is the essence of the show’s appeal. It’s Holbein one minute and Cold Feet the next.

The four-hour time limit is tough and cranks up the pressure. Artists enter with self-portraits that have taken them anywhere from 60 hours to three months. Here, they have less than a day. Sometimes it works, and sometimes the restrictions show, but for those of us who could barely knock out a stickman in crayons in that time, what is produced at the end is often breathtaking. “One wants to be glamorised,” says Lady Glenconner, quite reasonably, and she is. I wonder if there is a small thrill for some viewers (though not me, of course) in the tiny chance that someone will produce a horrific approximation of the person in front of them – but in the end, it is the wow factor that triumphs. In fact, when Gatwa sees the paintings of himself, he is reduced to a simple “wow” and “wow” again.

The only difficulty is in the judging, and the judges themselves get tied up in discussions about what counts as the “best”. Is it the most technically proficient, the one that captures the essence of the sitter or the one that looks most like them? In the end, it is all of those factors, with an added instinct about what is exciting and fresh. The overall prize is a £10,000 commission to create a portrait of the ballet dancer Carlos Acosta, which will live in the Birmingham Museum & Art Gallery. And perhaps a career that is considered to be “viable”, too.