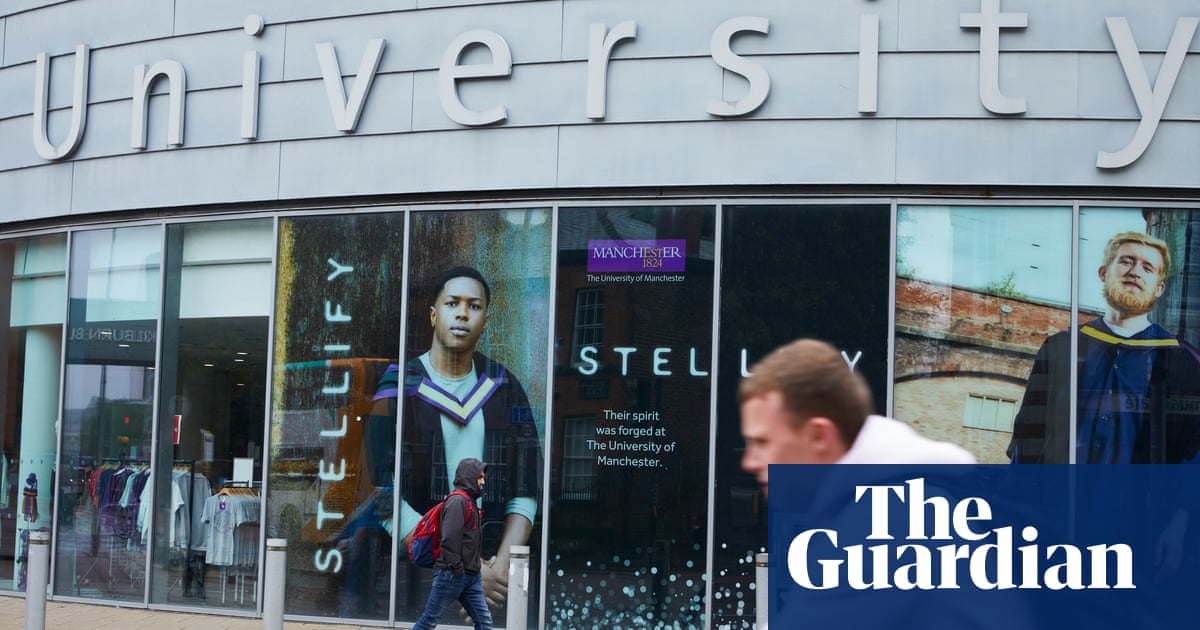 Ministers want to place universities in England into lockdown for two weeks before Christmas, with students told to remain on campus and all teaching carried out online, the Guardian has learned.

Under the government’s plan, which is in its early stages, universities would go into lockdown from 8 December until 22 December, when all students would be allowed to return to their home towns.

The move is designed to deliver on Boris Johnson’s pledge “to get students home safely for Christmas” but prevent the spread of the virus by limiting mixing between the student body and wider community in the weeks before more than a million students travel home.

Infection rates in some university cities are significantly higher among students than the general population. Under the plan, students suffering from Covid-19 or its symptoms, and those who had been in contact with them, would have to remain in their accommodation for as long as their quarantine period demanded.

Michelle Donelan, the universities minister for England, is to hold talks with representatives of Universities UK and other higher education leaders on Thursday in a bid to persuade them to back the plan.

Many university leaders are unhappy at the effect the government’s move would have on their own timetables and teaching arrangements, and question the wisdom of putting so many students on the nation’s transport network to travel across the country on the same day.

Vice-chancellors who spoke to the Guardian said they did not have the power to confine students and feared that the two-week period would lead to a rise in Covid-19 cases if students had little to do other than socialise.

So far, five universities have each reported more than 1,000 confirmed Covid-19 infections, including the universities of Nottingham, Manchester, Northumbria, Sheffield and Newcastle. Others are reporting a rapid rise in cases, with more than 600 cases among students and staff at the University of Birminghamwithin the last two weeks.

The government’s plan appears not to take into account the different end-of-term dates for some universities. Oxford and Cambridge terms end before 8 December, meaning they would need to keep students in place for a further two weeks or that Oxbridge students would be exempt from the requirement.

The dates are the first details of the government’s promised plan to ensure that students can return to their families without bringing the coronavirus back into their communities, as the government’s scientific advisers have warned.

Last month, the government’s Scientific Advisory Group for Emergencies (Sage) told ministers: “A critical risk is a large number of infected students seeding outbreaks across the UK, influencing national transmission … Peak health impacts of these new infections and outbreaks they spark would coincide with the Christmas and new year period, posing a significant risk to both extended families and local communities.”

Asked by the BBC if students would have to remain on campus over Christmas, the health secretary, Matt Hancock, said last month that he had “learned not to rule things out”. But after an outcry, Johnson and the education secretary, Gavin Williamson, rushed to reassure students and their families.

Johnson told a press conference two weeks ago: “I can assure everybody at university that there are plans to get students home safely for Christmas,” while Williamson said the Department for Education would issue guidance “so that every student will be able to spend Christmas with their family”.

Williamson told parliament that in some circumstances “there may be a requirement for some students to self-isolate at the end of term, and we will be working with the sector to ensure this will be possible, including ending in-person learning early if that is deemed to be necessary”.

The government’s demand for teaching to go online in December comes after it emerged on Monday that Sage recommended “university and college teaching to be online unless face-to-face teaching is absolutely essential” until the the virus subsides.

Sage also estimated that “closure of higher education” was one of the most effective means of stopping transmission. “Mitigations short of closure should include strong steer towards online learning for all but essential practical activities,” it advised.

At least one university in England is exploring the possibility of allowing students to remain at home in January and for online-only teaching to continue while infection rates remain high.

Northern Ireland’s executive has announced that universities there should “deliver distance learning to the maximum extent possible” during its four-week lockdown starting on Friday.

Meanwhile, the universities watchdog is drawing up plans to deal with mass complaints from disgruntled students over online teaching and further disruption.

The Office of the Independent Adjudicator (OIA), which reviews student complaints about higher education providers in England and Wales, usually deals with individual cases but is preparing to deal with group actions and expects to publish plans next month.

An OIA spokesperson said: “We are looking at developing a bespoke approach to handling complaints from large groups of students. The approach would involve considering large group complaints collectively rather than focusing on individual aspects, with a view to being able to handle them quickly whilst maintaining fairness.”