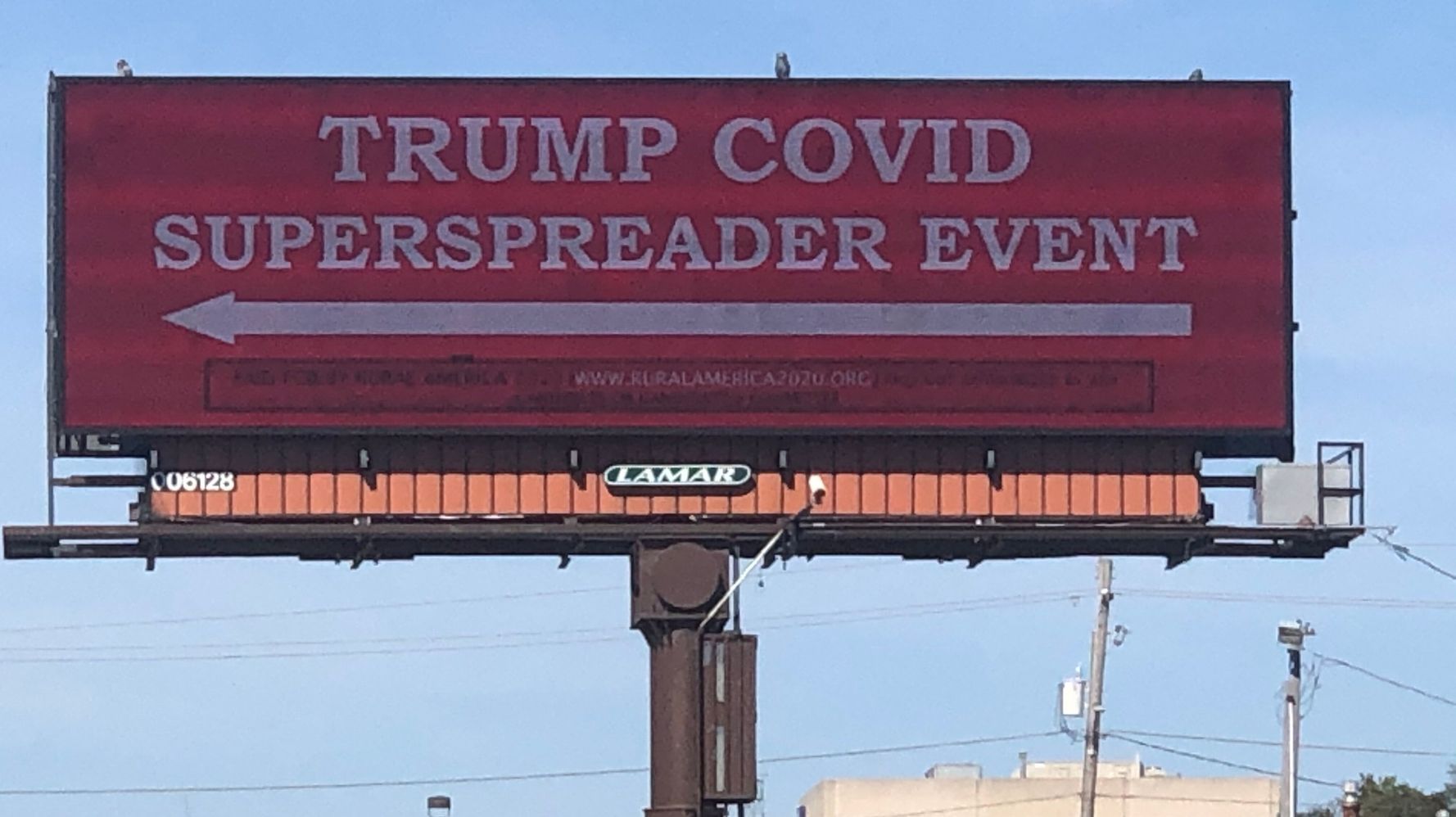 An advocacy group in Iowa has erected a massive red billboard to warn residents that President Donald Trump’s upcoming rally in the state will be a “COVID SUPERSPREADER EVENT.”

Rural America 2020 on Tuesday began displaying its billboard outside of Des Moines International Airport, where Trump is slated to hold the event as part of his reelection campaign on Wednesday.

The billboard features a huge arrow pointing toward the airport, where Trump will speak.

We’re doing our part to warn Iowans that @realdonaldtrump is in town tomorrow. This billboard is directly outside the Des Moines Airport where he will hold his hangar rally. #Superspreader #SuperspreaderTrump #covidiots pic.twitter.com/KtN9SebH4T

Some locals have already been sharing snapshots of the billboard:

Billboard pointing toward the Des Moines Airport ahead of Trump’s rally tonight. pic.twitter.com/5hHXqOiidl

Iowa Rural America 2020 steering committee member Chris Henning said in a press release that everyone should “be worried about a President who was in the hospital with COVID last week and who now wants to pack thousands of Iowans into an airport hangar.”

“This is the height of irresponsibility. We saw what happened in the Rose Garden. Why should the President be allowed to bring that kind of superspreader behavior into Iowa, particularly when our cases are rising?” he said.

Henning’s concerns were echoed by Lina Tucker Reinders, executive director of the Iowa Public Health Association, who told the Des Moines Register that she also has concerns about the rally.

“If anyone in attendance is infectious, we are potentially looking at another super-spreader event,” she told the newspaper. “We again today set a record high for hospitalizations. We need to be focusing on bringing those numbers down and controlling the spread, not enabling large events, political or otherwise.”

A Des Moines airport spokeswoman said local officials were told to expect “up to 10,000 people at the rally,” according to the Register.

Outside of Trump, who was diagnosed with COVID-19 earlier this month and spent three days in the hospital receiving treatment, other members of the White House who have tested positive for the virus include former White House counselor Kellyanne Conway, first lady Melania Trump, White House press secretary Kayleigh McEnany and more.