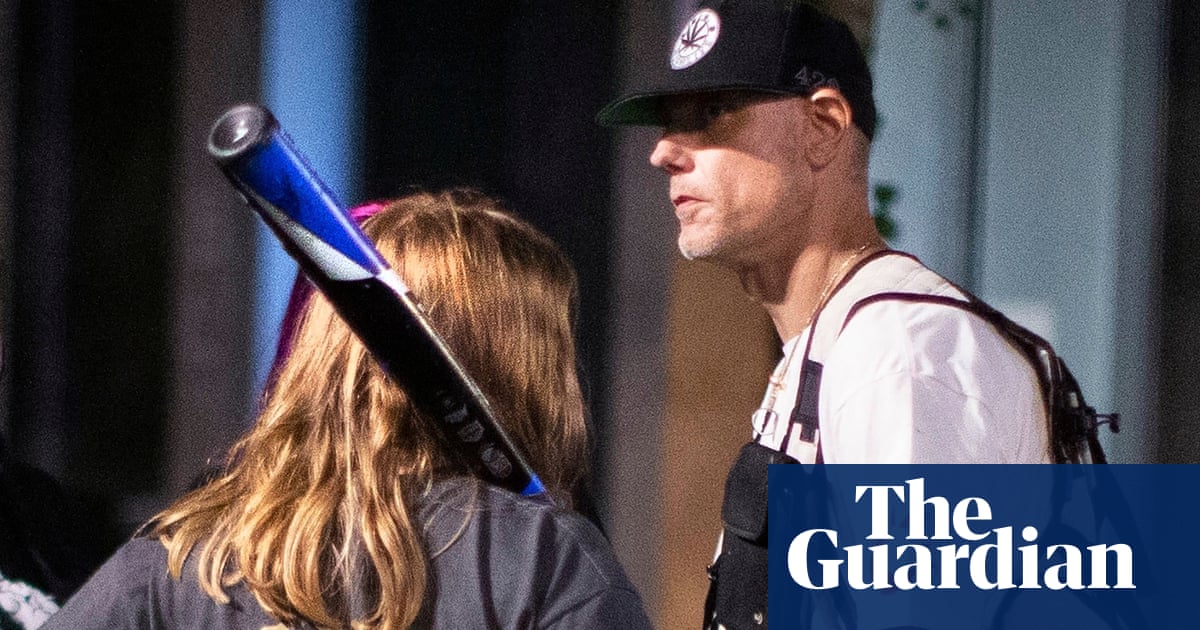 Four officers fired more than 30 rounds at an anti-fascist activist who had been on the run after being named in the killing of a man during a pro-Trump rally in Portland, Oregon, an official said on Tuesday.

Law enforcement officials killed Michael Reinoehl on 3 September after they cornered him in his car outside an apartment complex in Lacey, Washington. Reinoehl was the suspect in the fatal shooting of Aaron “Jay” Danielson, who was killed at a pro-Trump car caravan in Portland on 29 August.

The US attorney general, Bill Barr, said following Reinoehl’s death that Reinoehl had been located in Washington state by members of the US Marshals Service, the FBI, and state and local law enforcement and had been shot and killed while attempting to escape arrest and brandishing a firearm.

But questions have swirled around the events after witnesses gave conflicting accounts of the moments leading up to Reinoehl’s death, with many raising questions about the officers’ sudden use of lethal force. .

The New York Times interviewed 22 people who were near the scene, and reported that all but one said they did not hear officers identify themselves or give commands before they started shooting. The paper also reported on the official statements of the officers to investigators, which have not yet been released to the public, noting that one officer alleged he thought he saw Reinoehl raise a gun inside the vehicle, but that two others said they did not.

The Thurston county sheriff’s office is investigating the killing. Lt Ray Brady said on Tuesday that Reinoehl had a loaded .380-caliber handgun in his front pocket, and that police found him with his hand on or near the gun after he was killed. Authorities are still investigating whether this gun was used in the Portland shooting days earlier.

The officers who fired at Reinoehl were part of a multi-agency federal taskforce and had pulled up in two unmarked cars, Brady said. The officers were not wearing body cameras, and there is no surveillance footage of the killing.

An autopsy showed that Reinoehl died of gunshot wounds to the head and upper torso. Earlier that day, Portland police had obtained a warrant to arrest him on second-degree murder and unlawful use of a firearm for the killing of Danielson.

A witness, Garrett Louis, told the New York Times he watched the shooting begin while trying to get his eight-year-old son out of the way. He said the officers began shooting so suddenly that he initially assumed they were criminals gunning down an enemy, not police. “There was no, ‘Get out of the car!’ There was no, ‘Stop!’ … They just got out of the car and started shooting.”

Reinoehl, 48, described himself as an anti-fascist and was a father of two who spoke about providing “security” at Black Lives Matter protests. In an interview with Vice published hours before he was killed, Reinoehl said he acted in self-defense at the pro-Trump rally: “Had I not acted, I am confident that my friend and, I am sure, I would have been killed, because I wasn’t going to stand there and let something happen.”

Donald Trump called Reinoehl’s death “retribution” and stated at the first presidential debate that, “I sent in the US marshals, they took care of business.” Details of the killing are emerging at a time when there is growing concern about escalating political violence and the ways the president has encouraged far-right groups and white supremacists.

Research shows that anti-fascist activists had not been linked to any deadly violence in the US before the shooting in Oregon, despite the president’s repeated warnings about the “far left”. The FBI and the Department of Homeland Security regard white supremacists and other far-right groups as the most lethal domestic terror threat.