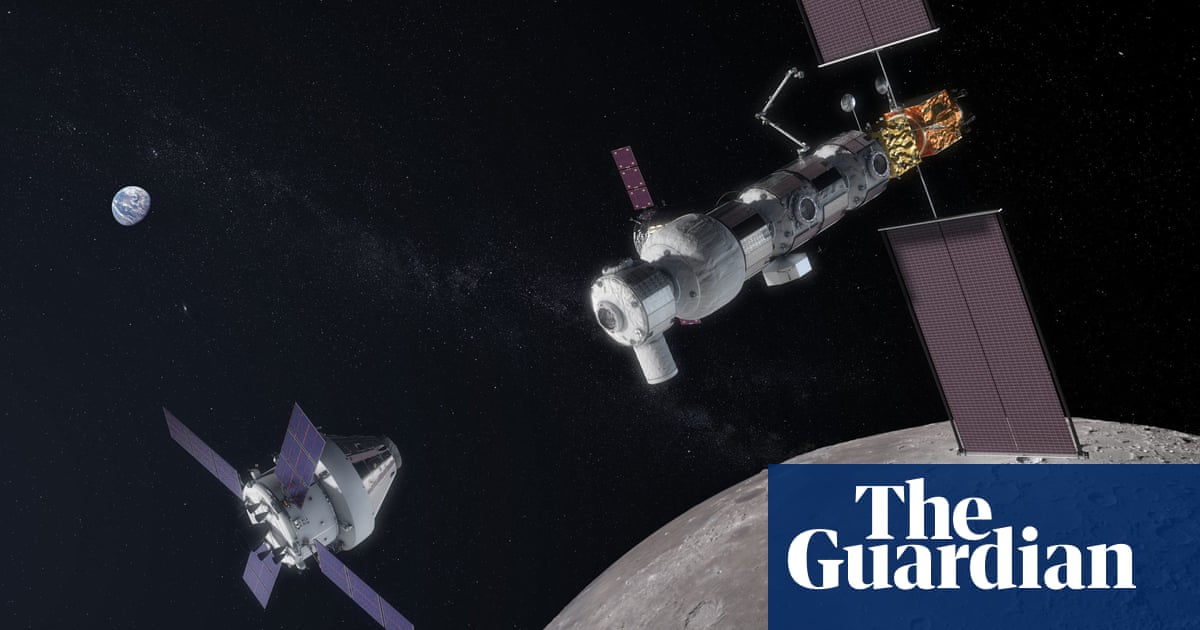 When the first female astronaut walks on the moon, more than half a century after Neil Armstrong took that historic first step, it will probably be heralded as a small step for a woman but a giant leap for womankind.

But in the corridors of the UK Space Agency it will also be marked as the moment when Britain staked its claim to become a key player in the next frontier of space exploration – the mission to Mars.

On Tuesday the UK, Nasa and other partners signed a historic accord that will govern the conduct of all countries on a joint Nasa-led mission to the moon, which scientists hope will act as a springboard for further exploration.

The Artemis project aims to return humans – including the first woman – to the moon by 2024 as well as establishing a lunar space station as an experimental hub for future space missions. Its aims are more ambitious, far-reaching and multilateral than that first ground-breaking voyage, Sue Horne, the head of space exploration at the UK Space Agency told the Guardian.

“Where Apollo was all about that first mission to get humans to the moon, this is a plan for a sustained series of missions with the ambition of testing technologies so that we can then go on to Mars,” she said, adding: “And that … it’s like Star Trek isn’t it.”

The Artemis accord underlined the UK’s commitment “to strengthening the UK’s role in the global space sector, building on our existing strengths in satellites, robotics and communications”, the science minister, Amanda Solloway, said.

UK businesses are set to produce kit vital for the smooth running of the planned Lunar Gateway, which will orbit the moon and act as a staging post for astronauts with a laboratory, sleeping quarters and a space garage for rovers and other robots.

Thales Alenia Space in the UK is expected to contribute to the refuelling system for the Lunar Gateway, known as Esprit (European System Providing Refuelling, Infrastructure and Telecommunications), a contract worth about €18m. Other businesses across the UK will also be involved in building the service module and habitation module of the Lunar Gateway, according to the UK Space Agency.

Involvement in refuelling could be a commercially savvy move for the UK, added Horne. “One of the potential future businesses in space is servicing satellites in orbit rather than keep replacing them, and that’s why we’re interested in refuelling,” she said, adding that it would be a step in helping to prevent potentially catastrophic collisions between space debris, known to endanger the satellites that humans rely on.

“As a country that does the right thing, that looks after things, we want to be involved in that,” she said. “But it is also looking after our own self-interest.”

One key aim of Esprit will be to explore the moon for the presence of frozen water, which robot probes suggest exists. Finding it would be key to the construction of future lunar colonies, according to experts. Asked if the mission was the first step to establishing if humans could live outside of Earth, she responded: “Put simply, yes.”

But as well as providing developing new technologies and exploring the potential of space colonies, the UK’s involvement in a mission that put the first woman on the moon would act as inspiration for a new generation of scientists here on Earth, Horne said.

“I was six when I saw the original landing and that was so exciting,” Horne said. “We have put a lot of effort into encouraging young people, particularly girls to take science and technology subjects, and this will boost those efforts.”

Children could learn about the exploits of Helen Sharman, the first British astronaut and the first woman to visit the Mir space station in May 1991 and Sir Tim Peake the first Briton to live on the International Space Station – but the next generation could go one step further, she added: “They could be part of that first cohort that goes to Mars.”