I had the pleasure of meeting Roger Penrose, the great mathematician from Oxford, when he was passing through Italy for the Festival of Science in Genoa. Penrose is a polyhedral intellectual. Readers know him for several books, among them the dense and wonderful The Road to Reality, a great panorama of contemporary physics and mathematics, a popular work that is not easy and that shines with intelligence and profundity on every page.

Among his main contributions to our knowledge of the universe are theorems showing that Einstein’s theory implies that the universe we see originated from a big bang. In the field of pure mathematics, he is better known for his study of “quasi-periodic” structures, tessellations composed of a few elements that can be repeated to infinity but that, however, are not periodic: they never repeat identically. They are also known as “quasi-crystals” and exist in nature, but they have also been used in fields that range from design of floor tiles to a children’s game devised by Penrose himself.

And it is possible to admire Penrose’s formulas even in an art exhibition: Penrose has developed a method of calculation based on sequences of drawings, and Italian artist Luca Pozzi features his formulas at Grenoble in an exhibition dedicated to art and science.

Penrose, despite being in his 80s, has a youthful air, and his eyes are still enchanted by the world. He jokes about how one’s memory goes, and about the house keys that he locked inside when he closed the door that morning, leaving early for Italy. But his mind remains lucid, and when he talks about his latest idea, presented for the general reader in his most recent book, From the Big Bang to Eternity, he becomes enthused.

His idea is that by looking at the sky, perhaps it is possible to see, or rather to have perhaps already seen, traces of events that occurred before the big bang. These traces could be immense concentric rings in the sky that may be glimpsed in the “cosmic background radiation”, the weak residual radiation of the big bang which fills the universe. Think of the waves that persist in a pond after a stone has been dropped into the water, forming concentric circles of increasing size. In this case, the pond is the entire universe, and the stone that fell into the water a collision between colossal black holes that occurred before the big bang … 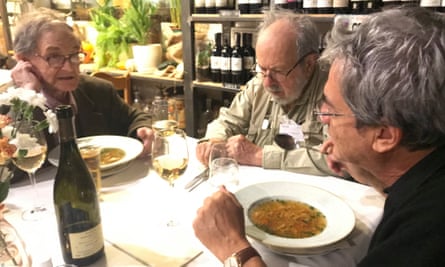 We have recently discovered that the universe is expanding at ever-increasing speed. What will happen in the distant future? The clusters of galaxies will recede from each other at increasing speeds, stars will be extinguished, everything will be reduced to a few black holes and light waves wandering in an ever more boundless and glacial space. (Last week, Penrose’s pioneering work on black holes earned him a share of this year’s Nobel prize for physics.) With the lapse of aeons of time, black holes themselves will end up evaporating and there will be nothing left but a universe of waves of light racing through nothingness for all eternity. “A desolate and terribly boring prospect,” Penrose jokes, adding, “But fortunately the waves of light won’t get bored.”

That sounds like a joke too, but is in fact an acute observation. As Einstein was the first to realise, the faster we move, the slower time passes for us. If we could make a journey at extremely high speed, we would find on our return that our contemporaries were much older than us. The closer we get to the speed of light, the greater the effect would be. If we could travel at the very speed of light, time for us would stop. It would stop flowing altogether. But light obviously moves at, well, the speed of light – so, for light, time never passes at all. In this sense, light “won’t get bored”.

A universe in which nothing existed but light would be a universe in which nothing could “perceive” the passage of time. Time would literally no longer exist. Not only would this be the case, but if only light existed, we could not even measure spatial distances. The universe of our most remote future, Penrose observes, would be immensely large and immensely durable, but in reality it would be a universe devoid of duration and without dimensions.

But just at the start of the big bang, an instant before beginning to expand, the universe was in a situation of this kind: without duration or dimension. It is here that Penrose makes his amazing suggestion: what if the most remote future of the universe was the initial big bang of a new cycle of the universe?

In both cases, there is neither duration nor distance: an immensely expanded universe is in reality the same as an infinitely small universe. We can imagine a “recycling” of the universe in which the scale of distances vanishes and is redefined. Perhaps the immensity of the future universe is none other than the microcosm of the universe at its birth, just seen “at a different scale”, and our very own big bang is nothing but the infinite future of a preceding universe. 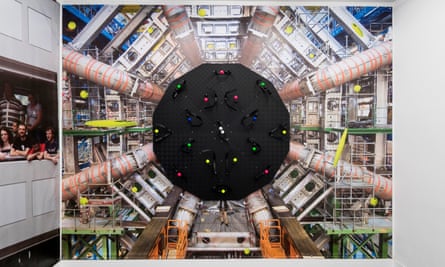 Can we seek to confirm these hypotheses? Well, Penrose observes, the very last events before the disintegration of time would have been the last great collisions of black holes before their final evaporation. Is it possible that these collisions left a trace? That trace might consist of some slight ripple in the sea of final light. Some great circle expanding through the cosmos, centred on the last great events of the universe.

These great circles may have gone through the phase in which the universe recycled itself, restarting from a new big bang. If our universe was indeed the product of such evolution, we should be able today to see in the heavens these great circles produced before the big bang. This is Penrose’s audacious hypothesis.

It has an extremely speculative flavour to it. But last year the astrophysicist Vahe Gurzadyan, of the Yerevan Physics Institute in Armenia, announced that he had found circles of this type in the sky by analysing the data accumulated over the years on cosmic background radiation, collected by the WMAP and Boomerang observatories. The observation is not very clear, and its interpretation is very controversial. There are objections that we could be dealing with random fluctuations: after all, it is easy to “see” shapes in the clouds. The question remains open. 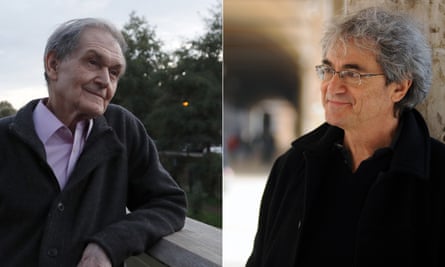 I don’t know how it will end. Perhaps the circles will prove to be illusory. But I don’t think the idea of looking for clues relating to pre-big bang events will go away. In any case, there are two important lessons that can be extrapolated from this idea. The first is the precise grounding in observation to which Penrose remains proudly faithful. It does not matter how out there the idea seems; what is important is that it is anchored in the possibility of being verified: we look for the circles in the sky. This is good science.

And it is a healthy counterbalance to the many research programmes that continue for decades without producing any precise predictions, stuck in the infinity of that sad limbo where theories can neither be verified nor proved to be false.

The second lesson, only apparently at odds with the first, is underlined by Penrose himself, with a disarming smile: “I can’t bear the thought that the universe is sinking towards an infinite future of frozen death.” This expresses a feeling, a vague intuition, an emotional need. But science, even the best science, can also originate in this way – from the heartfelt rejection of a future too boring to countenance. If they are anchored in the concrete possibility of being verified or not, the best ideas can be, and indeed have often been, the fruit of wholly irrational intuitions, almost of a vague empathy with the nature of things. Roger Penrose, in his 80s, remains a true master of science.

Extract from There are Places in the World Where Rules are Less Important than Kindness, by Carlo Rovelli, published by Allen Lane, 5 November