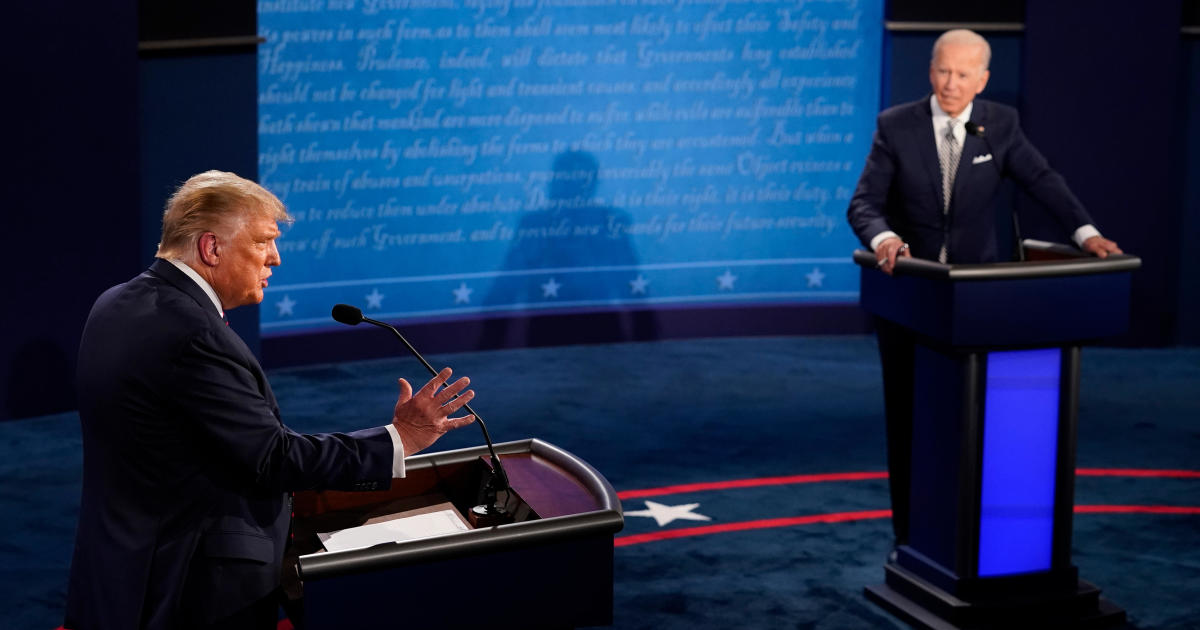 Less than 24 hours after the commission that oversees the general election presidential debates announced plans to add “additional structure” to future debates, President Trump fired back.

“Why would I allow the Debate Commission to change the rules for the second and third Debates when I easily won last time,” he tweeted.

The Commission on Presidential Debates said Wednesday it would amend the format of the remaining two debates after chaos and constant interruptions overtook the first debate. One key change the commission plans to implement: cutting off the microphones of President Trump and Joe Biden if they break the rules, a source familiar with the commission’s deliberations told CBS News.

On a call with reporters Thursday, Trump campaign senior adviser Jason Miller said “there should not be any changes to what’s been agreed to” in forthcoming match-ups between the president and Democratic nominee Joe Biden.

But Miller also said that the president “fully plans on participating in and winning both the second and third debates in the presidential contest.” The campaign senior adviser also confirmed Vice President Pence will travel to Utah next week to participate in the vice presidential debate at the University of Utah.

Trump deputy campaign manager for presidential operations Max Miller has represented the president’s re-election bid in debate negotiations. On Thursday, Max Miller claimed that the Biden campaign requested several new changes to the debate format: opening and closing statements, a decrease in open discussion between the candidates and a mute button.

The Biden campaign denied discussing a mute button. “There’s as much truth to this as the other weak lies the Trump campaign told in advance of the first debate,” spokesperson Andrew Bates said in part, in a statement.

The president’s campaign manager also accused members of the nonpartisan debate commission of political bias, citing previous statements made by its members. In an August interview with Nantucket Magazine, co-chair Frank Fahrenkopf was quoted as saying that the 2016 election taught him “the American people are not necessarily going to vote for who they think is the smartest person.” Miller echoed his assertion, alleging the commission is made up of “permanent swamp monsters.”

The remaining two presidential debates will be held on October 15 and October 22. C-SPAN’s Steve Scully will moderate the town hall event in Miami, while NBC News’ Kristen Welker will host the final showdown in Nashville.

Bo Erickson contributed to this report.